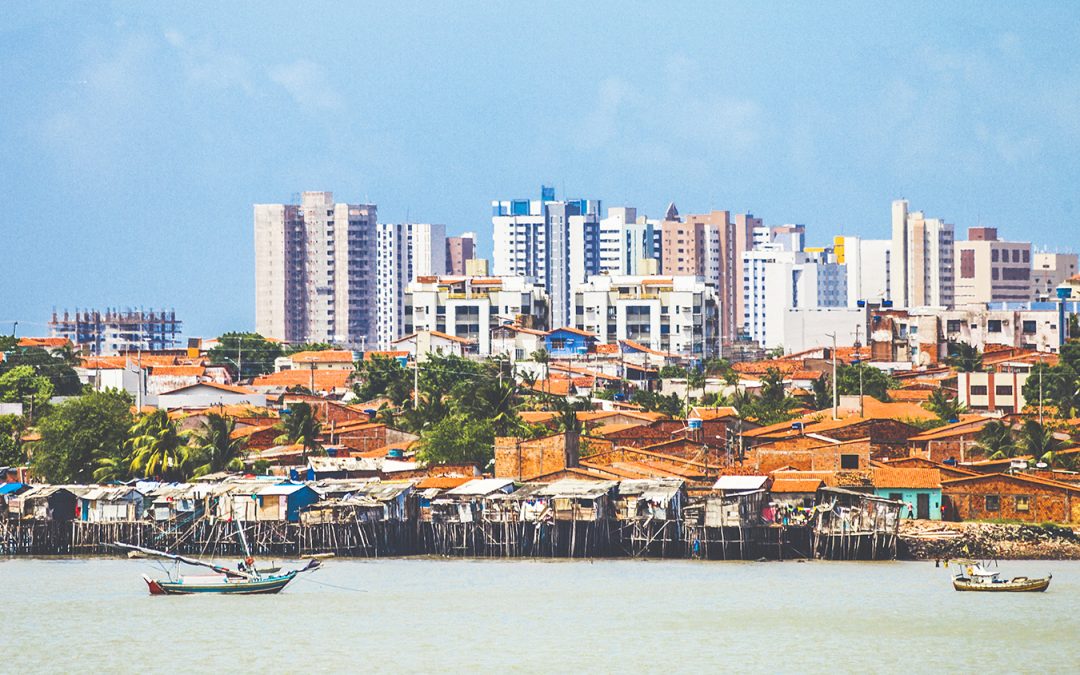 In a new paper, published in the GDI Working Paper series, Rory Horner and David Hulme argue that the macro-scale map of development has shifted from “divergence, big time” to “converging divergence”, which consequently requires a shift from thinking of international development to global development.

The contemporary global map of development appears increasingly incompatible with any notion of a clear spatial demarcation between First and Third Worlds, “developed” and “developing”, or rich and poor, countries. The Sustainable Development Goals (SDGs), agreed in 2015, have a global focus that represents a universalisation of the challenge of development, a clear departure from the Millennium Development Goals’ (MDGs) almost exclusive focus on developing countries. The World Bank declared in April 2016 that it will no longer distinguish between developed and developing countries in its annual World Development Indicators. Although increasingly widespread recognition exists that the distinction between “developed” and “developing” countries is no longer tenable, enormous inequality and unevenness persists, and to some extent is even augmented, under a new spatial configuration of development. What then is the new “map” of development?

The “old” focus of international development was based on addressing what Lant Pritchett referred to as “divergence, big time” – the major departure in terms of economic development between developed and developing countries across the 19th and 20th centuries. “Poor people” were assumed to be synchronous with “poor places”. Various critical scholars questioned this binary, yet it remained dominant. The developed/developing country divide persisted through the second half of the 20th century to such an extent that the MDGS, the major development framing exercise of the late 20th century, were almost completely set within this type of macro-geographical categorisation: they were a rich world product which set targets for poor countries.

The OECD 2010 report on Shifting Wealth, the UNDP’s 2013 Human Development Report (which highlighted “The Rise of the South”), and recent books by Kishore Mahbubani and Richard Baldwin, join various claims that suggest a “great convergence”. Notably, converging trends between Global North and South are present across economic, human (eg health, education) and environmental indicators (eg carbon emissions). Inequality expert, Thomas Piketty, has suggested in relation to income that: “all signs are that this phase of divergence in per capita output is over and that we have embarked on a period of convergence” between rich and poor countries (2014, 61).

Clearly, despite such positive attitudes within the Global South, as well as dismal perceptions of “relative” falling in the North and the popular appeal of campaigns to “take back control” in the UK or “make America great again”, actual convergence or meeting has not been achieved. It would be unrealistic, and almost impossible, for 15 or at best 25 years to have reversed an almost two-century long “divergence, big time”. Yet, the trends above do indicate a significant change in trajectory in the map of global development and the relationship between “Global North” and “Global South”.

Accounts of convergence must be tempered with recognition of relatively growing inequalities and unevenness within nations. We argue that instead of a “great convergence” having superseded “divergence, big time”, 21st century global development is characterised by “converging, divergence”.

A complex mosaic of rich and poor has evolved within nations. Across various aspects of economic development, human development and the environment, cross-country converging is overlain by vast, and often growing, inequalities between people living in the same localities, nations, and macro-world regions. Indeed, as aspects of “global convergence” receive more and more attention, reports such as the OECD’s 2011 Divided We Stand and 2015 In It Together simultaneously highlight challenges of rising inequality within the Global North. The World Bank has recently examined Taking on Inequality. Francois Bourguignon has suggested that: “a partial substitution of inequality within countries for the inequality between countries”.

Within-country inequalities should be taken particularly seriously. Branko Milanovic and John Roemer have suggested that many people make perceptions of their welfare in relation to those in greater spatial proximity. Thus, within-country inequalities may be “weighted” more importantly than those in relation to people in other countries and in different parts of the world.

21st century “converging divergence”, at its most simple, is based around falling between-country inequalities, especially between countries in the Global North and South, and rising within-country inequalities. The term seeks to reconcile an empirical reality of how claims of “global convergence”, driven by highly populous rising powers of China and India, can coexist with growing inequality, particularly within countries.

Converging trends at a global level, along with more localised divergence, challenge many of the key aspects of dominant ideas about development – including its spatial reference and nomenclature, the meaning of development, as well as the orientation of development assistance.

While the “what” and “how” of the post-2015 era has been extensively debated, the “where” question is vital and has widespread implications. We suggest that these changes necessitate a shift from analysing international development to global development, as outlined in the table below.

The 21st century global map of development has shifted dramatically from the “divergence, big time” which Lant Pritchett articulated in 1997. “Converging divergence” – and the declining between-country inequalities and growing within-country inequalities it involves – instead presents a different “where” of global development. We conclude that “converging divergence” questions an exclusive emphasis of development studies and policy on the Global South and addressing the development divide with the Global North. At the same time, the continued extent of between country inequalities, despite aspects of some converging trends between North and South as two aggregate groups, means that an interest in addressing such inequalities – the historical focus of international development – cannot be abandoned or ignored. Arguably addressing global inequalities, both between and within countries, regions and North and South, must play a central role in development. It is also vital to pay attention to the shifting geography of these changes. Today we face a different socio-spatial manifestation of development divides than those which characterised most of the 19th and 20th century, so the challenge for scholars, policymakers, activists and states is to understand and work towards addressing these new 21st century divides.

Here at GDI we are keen to push forward discussions of “global development”, and unpack further its causal dynamics. We will be hosting a workshop this June to take this issue forward so look out for more!