DSA2018 at the Global Development Institute 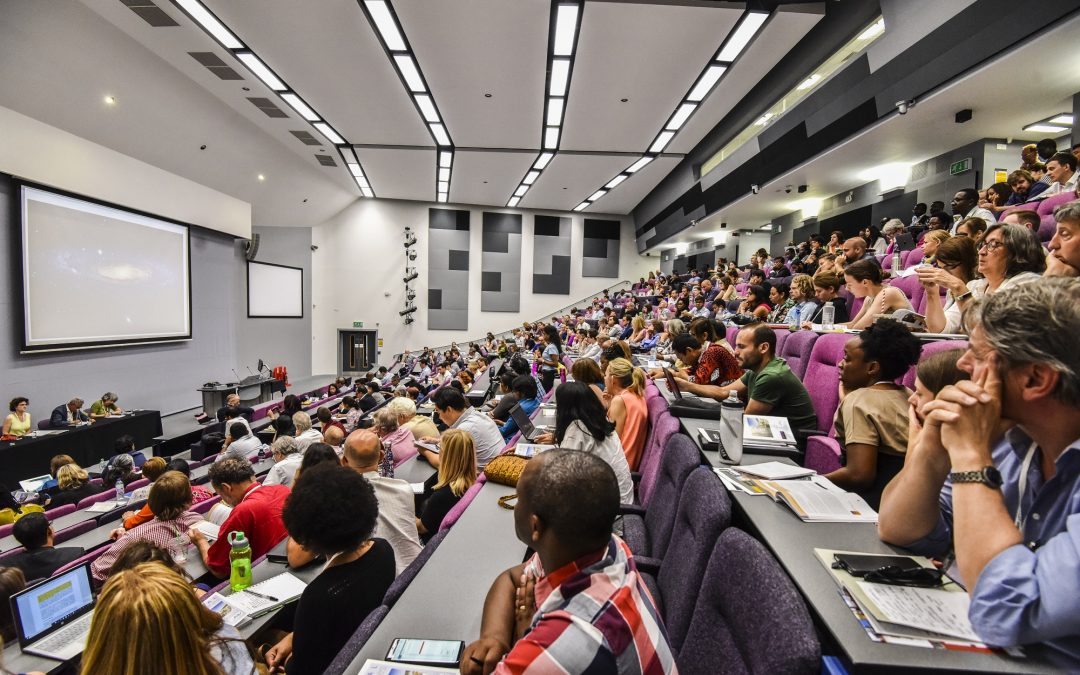 We were delighted to host the 2018 Development Studies Association Annual Conference at The University of Manchester, focused on global inequalities, a theme which is one of the University’s five research beacons.

Before the conference, the GDI blog hosted nine essays addressing inequalities. The conference hosted 69 panels, 360 papers and over 500 people who critically engaged with many facets of global inequality.

Frances Stewart, University of Oxford, and Jan Nederveen Pieterse, University of California Santa Barbara, delivered the opening plenary sponsored by the Journal of Development Studies on ‘Changing perspectives on inequality in a globalising world’

We were particularly pleased that the conference managed to attract a strong representation from scholars from the Global South, with generous sponsorship from the Journal of Development Studies and the University of Manchester enabling over 50 additional participants to attend.

Master’s students from the Global Development Institute did a brilliant job volunteering to keep the conference on track and had access to the panels between their shifts. We took a more informal approach to the conference dinner, involving food trucks and a band in the unusual Manchester sunshine!

At the end of the conference, we asked a number of academics for their reflections:

The DSA 2018 Conference was really vibrant and delegates really did focus on the theme – global inequality. I was left with three take-aways:

1. Reducing Inequality has taken over from Poverty Reduction as the over-arching social goal of development. Poverty reduction is not lost…but, it has to be understood within a tackling inequality framework.

2. Tackling inequality will require multi-level action (from global right down to micro/local) and will need to be strongly customised to specific contexts. Generating ‘best fit policies’ (such as social protection to reduce poverty) will demand much more detailed analysis and experimentation.

3. The final plenary persuaded me that gender equality has to remain a developmental priority and that tax justice/fair-tax-for-everyone has to be a greater focus for Development Studies. We are no longer in a ‘beyond aid’ world…have graduated to a ‘beyond, beyond aid’ world.

For me, two main themes arose out of the DSA 2018 conference on global inequalities, and they are also slightly in tension with each other, so there’s a puzzle to take away…

(1) The relevance of normative ideas or ‘moral visions’ to development thinking and practice. If we want to make the case for egalitarian actions, but wish to do so without exclusively using mealy-mouthed instrumentalist arguments (inequality is bad because of its effects on x, y, and z that are of self-interest to the powerful), then we have no choice but to get over our squeamishness about normative language and draw on explicit ideas of fairness, justice, etc. This is useful for clarity, for mobilising activism, and for speaking truth to power as part of a ‘relational’ understanding: addressing inequality is not just about cataloguing the isolated outcomes suffered by the disadvantaged or unfairly treated, but about their interrelation, in the same causal context, with the position and actions of the powerful and privileged in capturing political processes, reproducing gender norms, dodging taxes, whatever it might be.

However, (2) one of the highlights of the conference for me was a masterclass with Anne Marie Goetz where she discussed the challenges of trying to push progressive agendas (e.g. thoroughgoing feminism) through mainstream institutions. Conclusion: you absolutely *can* effect pretty profound ideational change within an institution and its practice, but it involves compromise, playing the game, and instrumental arguments that show how your agenda is in line with the interests of key decision makers. So here’s a tension to resolve. Possibly the answer lies in the fact that Goetz also commented that this process of institutional ‘mainstreaming’ of an agenda never works without a trenchant activist movement out there in society, fired by the more purely moral/ideological argument. Suggests the value of the academia-activism link, and different rhetorical strategies for different scenarios.

The three sessions at DSA 2018 on ‘Value chains and production networks: reducing or reproducing inequalities’ brought together a fantastic range of investigators from global North and South, established professors with PhD researchers, foci on global links and local realities from Papua New Guinea via Malawi to Chile. A number of recurring themes emerged including working conditions, gender inequalities, upgrading/downgrading, and the need to move chains/networks forward in terms of conceptualising power asymmetries and their implications.

The discussions highlighted that a variety of inequalities persist around gender, Global North/Global South, corporations/labour and sustainability standards. The importance of hearing the voices of workers and Southern stakeholders recurred throughout. While a common assumption is that “sustainable” value chains can reduce inequalities, it was clear that dynamics on the ground often perpetuate existing inequalities, due factors such as knowledge discrepancies, essentialising narratives and social norms around gender. We certainly hope that the very high level of interest in our panel from presenters and the scholarly community alike bodes well for deepening our understanding of how to shift value chains and production networks towards reducing rather than perpetuating inequalities.