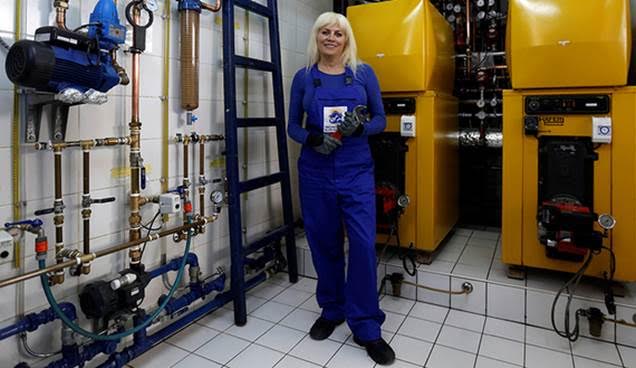 Jordan has one of the lowest rates of female participation in the workforce, currently between 12 and 15 percent in the formal sector and 40 percent in the informal sector. There are many impediments to women’s economic participation. Issues of lack of childcare, transport and employer discrimination are often cited. Yet, despite improvements in social security and some labour laws, one of the most pervasive and underpinning issues is that of gender norms. While women are well educated, the societal perspective is that the main role is to become a wife and mother only, and their work is seen as temporary and even unnecessary.

However, norms are not static and not all women face the same challenges. One interesting case is how Jordanian women working in non-traditional jobs interact with gender norms (that is, jobs associated with stereotypical masculine traits or jobs that go against cultural gender norms, such as nurses working night shifts).

In the first place, what encourages women to work in non-traditional jobs? Reasons differ by class – for some it was financial necessity, or attaining more cultured lifestyles, and for others it was maintaining their class position.

We find that femininity and class are the cornerstones to whether women ‘conform’ or ‘deviate’. Even in non-traditional work, the boundaries of gender norms may not be fully challenged.

There are degrees to which women may conform or deviate where enclaves are created in response to interactions with family, male colleagues and class. There are some clear ideas about what kind of work is respectable – for example, engineering is still acceptable even if it is a male dominated occupation as work can still be undertaken in a comfortable office space. Working as a taxi driver is less acceptable. Certain conditions that preserve femininity such as driving female customers only, or driving pink taxis are often suggested as ways to make it more acceptable. These are enclaves which act to preserve gender norms, despite being situated in non-traditional work.

However, whether intentionally or unintentionally, these enclaves are being subversively used to transform domestic gender relations and as such could have longer term consequences. While existing social norms may not allow much room to manoeuvre, or allow all women to access these jobs on their own terms, we see how the concept of enclaves allow women to work within existing confines and find cracks to exploit.

For those who directly challenge gender norms, their dexterity has to be proven to the highest level. If mistakes are made, they are remembered. Likewise, achievements are remembered and distinguished.

We begin to see changes in gender relations, and even creating the chance for solidarity across different classes. For example, women plumbers who come from various socioeconomic backgrounds support each other and simultaneously challenge gender norms.

More role models, equal pay and a look to other countries could help achieve such social change. The issue is not only that women don’t participate or leave the labour market early, but that there is a broader policy issue. If we say that women are leaving the labour market around the age of having children and imply that providing childcare is a good enough solution, then this only focuses on practical needs.

Jordan should consider policies that empower women and truly transform lives. To do so, solutions need to go beyond practical needs and look at what is strategic. We need:

So yes, Jordanian women are pushing for a change in gender norms through their individual careers, where possible. Yet policies are necessary to support these efforts.

About the research: Lina’s research looks at how women navigate their motives and careers in non-traditional work with regards to norms. Forty-two women from various occupations, socioeconomic classes and formal and informal sectors in Amman, Jordan were interviewed. Vignettes were presented to encourage discussion on topics of job choice, norms about women in the workplace and work experience. The interviews revealed that through daily interactions women negotiate with families, male colleagues and institutionalised norms to change perceptions about suitable sectors and work hours. The extent that the women navigated their careers around these structural factors differed by class, occupation and sector. Where some women found niches in their area of work and created enclaves that complied with social norms, other women chose to further engage in non-traditional work and directly challenged social norms by entering construction worksites, working in male dominated workplaces and taking on night shifts.