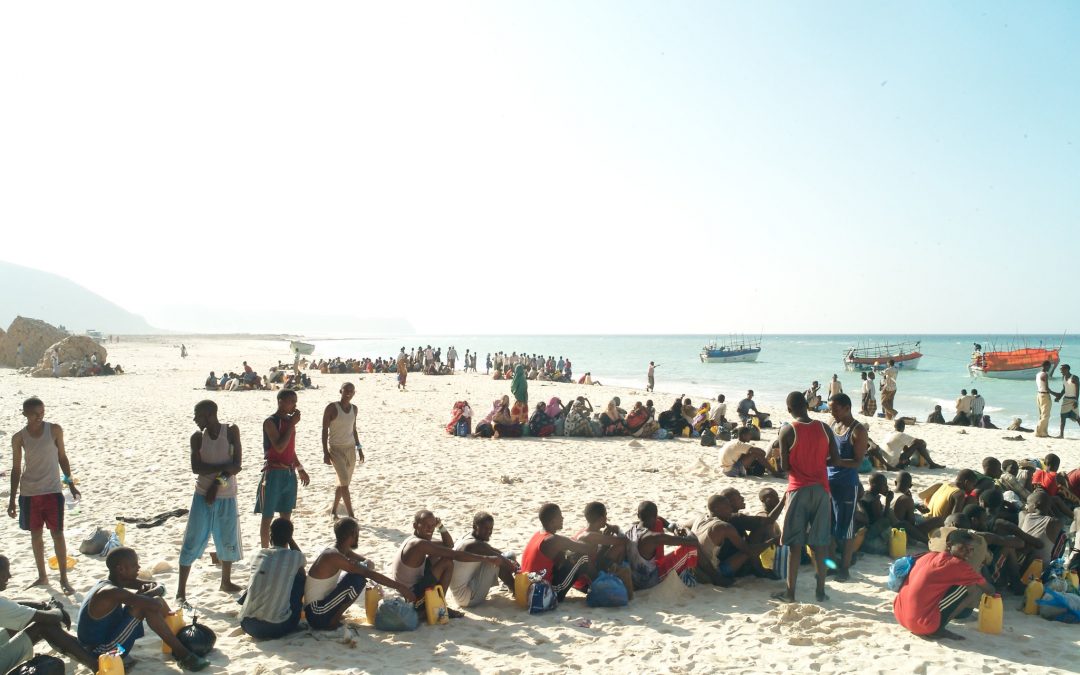 In this blog Oliver Bakewell explores his and Caitlin Sturridge’s recent paper on Extreme Risk Makes the Journey Feasible: Decision-Making amongst Migrants in the Horn of Africa

What is the role of risk in determining how people move? We might think that the more someone knows about the risks of going on one route, the more they try to find another way. In a recent paper based on research from the Horn of Africa undertaken by the Research and Evidence Facility, Oliver Bakewell and Caitlin Sturridge, show how the extreme danger of kidnapping and extortion by traffickers opens up a narrow window of opportunity for some young Somalis to find a way to reach Europe. In the absence of any safe routes, increasing the danger has the perverse effect of making it easier for young people to go.

Leaving your home to move to another country in search of a better life is always something of a gamble. However well-informed you may be, you can never be fully prepared for the reality of life in a new setting and you cannot know if you will reach your goals. When people are leaving insecure homes, travelling without legal papers and making extremely dangerous journeys in the hands of criminals, the risks involved go off the scale. For those migrating in such desperate conditions, failure may mean you suffer violence, abuse, destitution or death.

It seems common sense to expect that if people know more about these dangers, they will be in a better position to weigh up the potential gains against the losses. This is the sort of cost benefit analysis we may contemplate as we consider any dangerous move in life. If we want to discourage someone from action, we may first make sure they are fully informed about the risks involved. This is the strategy adopted by African and EU states, international organisations such as the International Organization for Migration, United Nations High Commissioner for Refugees and many non-governmental organisations. All are concerned with reducing the terrible trade in human lives trafficked across the Sahara towards Europe. They have put huge efforts into spreading information about the risks of irregular migration, the danger of being kidnapped and abused by traffickers, the toll on families, and alternative ways people can improve their lives without taking the drastic step of heading into the desert.

However, for some young Somalis considering how to get to Europe, this approach gets us nowhere. The REF research team interviewed potential migrants in the port town of Bossaso on the Gulf of Aden as part of a larger study on migration from the Horn of Africa. The research showed how they are able to use the extreme danger of the journey as a lever to improve their chances of success. Paradoxically, without the risk of kidnapping and death on the way, they would not be able to start their journey.

‘The only people we fear intercepting us from going is the parents. Once they become suspicious, they immediately communicate with checkpoints over all the possible routes. They also physically visit smugglers hideouts and camps. Parents also use secret intelligence agents for spying.’ Zeinab, 22 years old.

Because the dangers of smuggling and trafficking are well known in many Somali cities, parents try everything possible to deter their children from trying to use these routes. Most will certainly not give their children the money required to start on the irregular journey to Europe and, for the vast majority, there are no legal avenues for migration. To get around this, smugglers will offer young people travel now, pay later deals. The pay later kicks in when the young people are held hostage by brutal ‘debt collectors’ en route. They contact the families and threaten to torture or kill their child unless the payment is made.

‘We negotiated the price until we agreed to US$8,000 … I didn’t pay them; my family has to pay for them when I reach Libya…. I didn’t tell my family, but they will pay it when they know I am in Libya in the hands of the smuggling group.’ Warsame, 22 years old.

This story of smuggling, kidnap and extortion is sadly all too common for Somali families. The surprising twist is that young people are not necessarily tricked into falling into such danger. Instead, they know they are likely to be held hostage, but calculate that this is the only way to force their families to pay for the journey.

In essence, the children are prepared to defy their parents and effectively blackmail them to pay for their departure. Parents and the extended families are going to huge costs to secure their children’s lives. How this plays out in later life is hard to imagine. There is both the huge risk of being hurt, or killed, by trafficking gangs and that of alienating one’s family. The relatives may bail the young people out, but is there a price to be extracted later?

‘It generally costs a maximum of US$10,000 to reach Europe…. but look, I shouldn’t worry about that, they [the smugglers] are ready to sponsor us ‘til Yemen. From there, then it’s up to parents who are forced to pay whatever it’s going to cost them to rescue me, and they will not force me to come back from that distance. They would rather support me to proceed since I am almost close to the finishing line.’ Amaal, 22 years old.