By Professor David Hulme, Executive Director of the Global Development Institute, University of Manchester and President of the Development Studies Association.

Over the last few years, UK aid has acted as a lightning rod for criticism as it has risen to meet the international target of 0.7% of GNI, while other government spending has been subject to significant reductions. 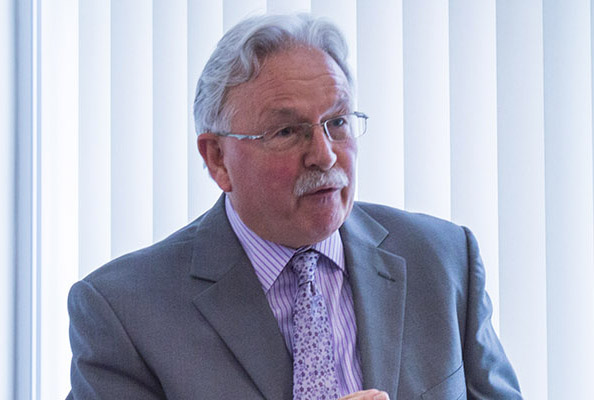 The Daily Mail in particular has aggressively pursued a campaign against the aid budget and mobilised 230,000 supporters to sign a parliamentary petition calling for the 0.7% target to be scrapped as they claim it results in “huge waste and corruption”.  The petition was recently debated by a packed room of MPs, the vast majority of whom lined up to defend UK aid spending, highlighting the positive impact it makes around the world.

UK aid is some of the most closely scrutinised in the world, by various parliamentary committees and independent external bodies. The Department for International Development is a leader in aid effectiveness and transparency, which helps drive up the standards of less progressive donors. And while the £12 billion annual aid budget is certainly a significant sum, it represents just 16p in every £10 of government spending. Collectively, we throw away much more in food waste (an estimated £19 billion) than we spend in aid.

However, I’m concerned that the apparent fixation we have on the aid budget in the UK means we’re ignoring even more effective ways to help poorer nations.

The idea that development can be achieved largely through foreign aid alone has been discredited. Countries that have experienced significant improvements in the well-being of their population in recent years have largely achieved this through engaging with markets and international trade, boosted by the end of the Cold War, China’s return to the global economy and favourable commodity prices. The creation and diffusion of relatively simple technical knowledge about health, hygiene, nutrition, organization and technologies has also played an important role.  While effectively given aid, provided in the right context can provide vital assistance to people in need, it cannot ‘create’ development for whole societies.

If the UK and other rich nations are serious about helping to catalyse development across the world, there are five key policy areas that require urgent attention, which I explore in depth in my new book ‘Should Rich Nations Help the Poor’:

This holistic approach to global development is the type of response envisaged by the Sustainable Development Goals (SDGs), which the UK signed up to just last September. However a recent report by the cross-party International Development Select Committee of MPs was highly critical of the lack of any sort of joined up thinking across government on key aspects of the 17 goals

In strident tones, the report highlights “a fundamental absence of commitment to the coherent implementation of the SDGs across government.”  Without a proper cross government strategy, they fear “it is likely that areas of deep incoherence across government policy could develop and progress made by certain departments could be easily undermined by the policies and actions of others.” A formal mechanism to ensure policy coherence across Whitehall is called for.

Many of the SDGs are inherently political, calling for reductions in inequality, improvements in governance and for gender equality. In many areas, national ownership by citizens and state are vital. However in other issues that go beyond aid, there’s a clear agenda for action by countries of the Global North. But it’s precisely these issues, such as international tax and trade reforms, which will be hampered without clear commitment and coordination across governments like the UK. If we continue to focus on aid alone as a proxy for development, it’s also these issues that won’t receive the attention they deserve from policymakers.

From climate change to spiralling inequality, given the challenges the world faces it’s both morally right and in our own self-interests for rich nations like the UK to help the poor. But if we’re unable to move beyond aid and properly consider the most effective ways we can help poor countries, we’ll leave a world to our children and grandchildren that’s more unstable, less secure and with more people mired in poverty than there needs to be.