Is gender inequality still on the margins? 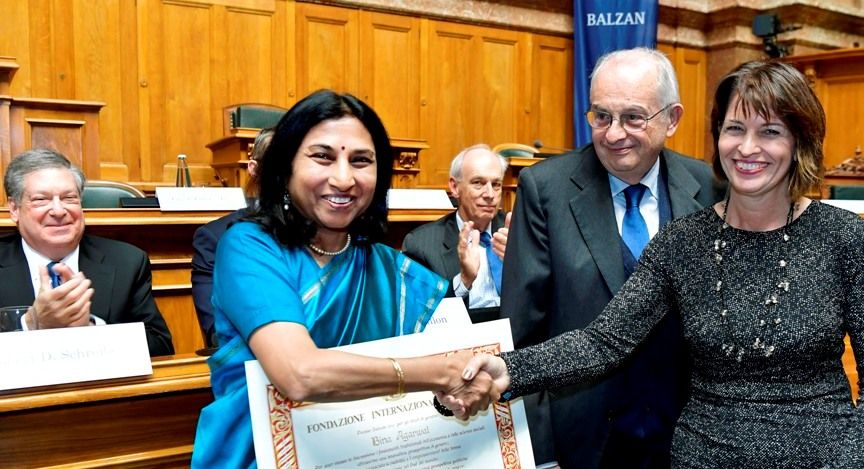 Professor Bina Agarwal was recently presented with a Balzan Prize for her work on gender and development.

She was cited for “challenging established premises in economics and the social sciences by using an innovative gender perspective; for enhancing the visibility and empowerment of rural women in the Global South; for opening new intellectual and political pathways in key areas of gender and development.”

Despite the undoubted impact her research has made on academia, policy and practice, in her acceptance speech, Professor Agarwal was clear eyed about the scale of the challenge:

Yet it is perhaps the deepest form of persisting inequality we face today, especially as it intersects with the inequalities of class, caste, and race. And it adversely affects not just a country’s economy but also its social and political fabric. Indeed, gender inequality is embedded in all our major institutions – the family, the market, the community, and the state.

Many aspects of it remain invisible, however, hidden within gendered social norms that are often incorrectly seen as nature-given, or justified in the name of tradition.”

Despite the daunting scale of the issue, Professor Agarwal’s current research does provide some cause for optimism:

“Our future farmers will increasingly be women, and on them will rest our ability to feed the world under the growing shadow of climate change. My work, amongst that of others, shows that women farmers can outperform male farmers, if they have the same access to land, water, inputs, technology, and markets.”

This was the first time that a Balzan Prize had been awarded for gender studies, which will hopefully spur further advances both within academia and across wider society.