The inequality circus: another year, another set of misleading numbers 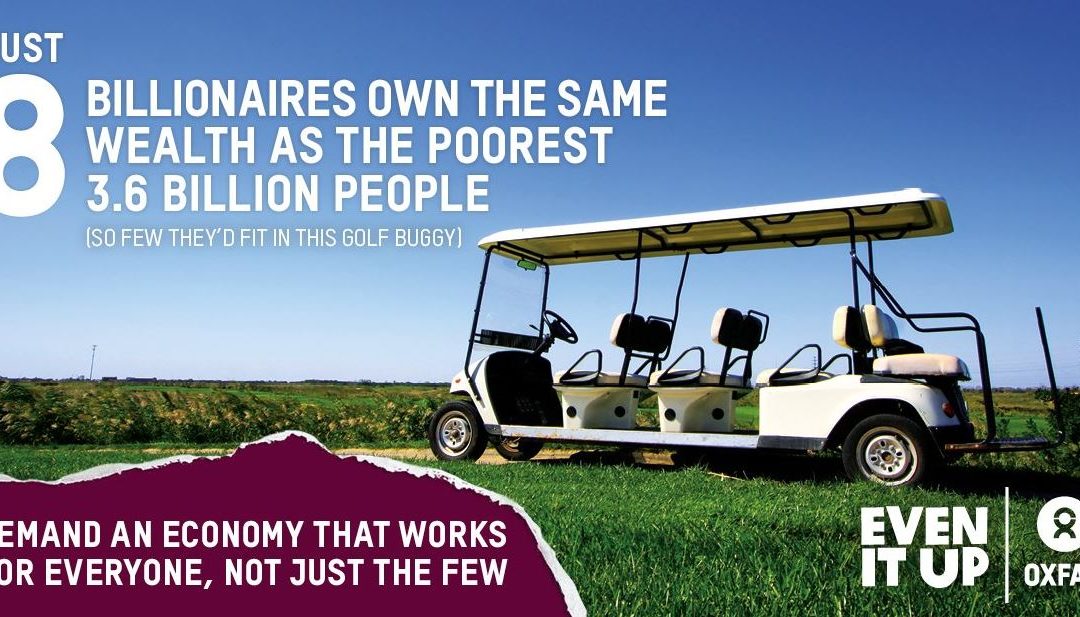 Following on from Rory Horner’s review of Oxfam’s recent report ‘An economy for the 99%‘, Tanja Müller presents a different view. This post was first published on Tanja’s blog.

No doubt, global inequalities are a serious issue, and they are getting worse in many ways (even if not exclusively so). And, Oxfam seems to have decided a long time ago, it always pays to put a sensationalist twist backed up by numbers on things. Of course Oxfam is not alone here in this area of so-called ‘post-truth’ politics. Remember the Brexit campaign slogan that suggested the UK would send £350m a week to Brussels – and that this sum could in future be invested into the NHS? It later turned out, the ‘Brexiteers’ knew very well this claim was wrong but found it a useful propaganda devise, as it ‘got people talking’, and in this case voting.

The same attempt to grab attention by whatever means seems true for the now yearly ritual of an Oxfam report released shortly before the World Economic Forum Annual Meeting in Davos. A couple of years ago, the report made headlines with the claim that 85 people owned as much as the poorest half of the world’s population, this then dropped to 80 and subsequently to 62 people in 2016. In the recent Oxfam report  it dropped to eight people. Certainly a number that will get people talking, this new catchphrase that the world’s eight richest billionaires have as much wealth as the 3.6 billion people who make up the poorest.

For quite some time the way Oxfam comes up with its calculations – which are based on data from Forbes and the Credit Suisse Global Wealth Report – have been heavily critiqued (some would say by people who have no interest in addressing the underlining problems of global inequalities, but I think that is a rather cheap shot). And indeed the numbers are quite controversial and often misleading, not least in terms of what is actually being measured and compared as wealth. Then there are those who point out that many of these super-rich in fact give vast percentages of their fortunes away to good causes. In doing so, they show civic responsibility and help make the world a better place in ways party politics can or does not do – while at the same time, one should say avoiding tax payments. I do not support this argument in any way as I have argued elsewhere, as it undermines democracy and any form of political accountability to recruit those who became rich through a system based on global exploitation and tax avoidance to fix the system. But does this justify the hyperbole in the way the state of global inequalities is being represented by Oxfam and the like?

Then there are those who think the controversy over data calculations does not really matter, as the important message is that inequality has reached highly unsustainable levels, and thus the yearly ritual of a new Oxfam catch-phrase headline is a welcome reminder of that state of affairs. Fair point in some ways, as argued thoughtfully by my colleague Rory Horner in a wider piece that reflects on a different economy.

But I beg to differ: language does matter, and so does hyperbole, and populism from the left or for a supposedly good cause is as destructive as populism form the right. It does destroy trust and the propensity to understand real-life problems based on facts, rather than on emotional appeals, and in doing so fosters the echo chamber of one’s own beliefs. In an interview an Oxfam spokesperson blames global inequalities for the rise in contemporary populism – but seems oblivious to the fact that the way its own message comes across is as populist and in many ways misleading.

Which begs the question, why does Oxfam continue to do this? One of its spokespeople told a German newspaper when queried about data calculations that the numbers in themselves did not matter, what was important was the scandal of inequality. But is there no other way to engage with that scandal and build a campaign around it than to use sensationalist numbers, however dodgy they may be? Of course there is, but that would be less flashy and not stick so easily, and ‘get people talking’ in the same way, presumably. Oxfam is, one should also say, by no means the only body who sees grave dangers in increasing global inequality – even publications like the Economist have issued warnings about it for some years now. Maybe, a cynic might suggest, it is the need to stand out in the crowd (and ensure its continued importance) that drives the annual Oxfam ritual? Slogans, in particular when based on imprecise facts, have hardly ever made the world a better, or indeed a more just place.