Strange but possible: Has increased equality in the US played a role in Trump’s win? 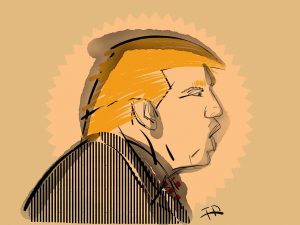 Interesting and alarming food for thought? And, yes. You read correctly. Could equality (not inequality and alienation) be the true crux of the matter when it comes to understanding the election of a multi-billionaire, member of the global elite to the White House?

In a refreshing and very alternative argument to the election post mortems of recent weeks, Nora Lustig – an economics professor and Director of the Commitment to Equity Institute at Tulane University – has suggested that perhaps more equality in three key dimensions may be feeding a greater sense of unfairness, indignation, and impotence than the increase in income and wealth inequality in the US.

More specifically, she argues that the rise of an African-American elite, the empowerment of women, and the legitimation of the gay community’s right to be treated as equals by the law may have been part of the fire which fuelled such strong feelings amongst others and drove them to vote in protest for Trump.

Evidence that rising horizontal equality is feeding anger, annoyance or despair in those feeling left behind, and who feel their core values are threatened by new norms, certainly exists. In particular, there is evidence that people who felt threatened by rising horizontal equality were more likely to vote Republican and, especially, for Trump. For example, Trump advocates were more likely to describe African Americans as “criminal”, “unintelligent”, “lazy”, and “violent” than voters who backed some Republican rivals in the primaries, or those who supported Democratic candidate Hillary Clinton (Flitter and Kahn 2016). In addition, two-thirds of Republicans, but also one-third of Democrats, oppose same-sex marriage (Pew Research Center 2015).

In concluding her piece, Nora says:

“If I had to choose one policy, it would be to make college affordable to all. In poll after poll, and study after study, the more educated people are, the more they embrace horizontal equality in the US.”

So, whether by very clever strategic thinking or pure good luck, the Trump campaign managed to play the issue of equality/inequality to its advantage. It managed to avoid arguments about wealth inequality being the major problem that many US middle and working class people face  – the US economy has been growing, it’s just that the new incomes and wealth only go to ‘the 1%’ – and instead blamed a lack of economic opportunities and low wages on migrants and China. At the same time the economic and social progress of disadvantaged groups (some black families becoming wealthy, elite women taking centre stage and LGBT advances) helped fuel perceptions amongst the white working class that “we are being left behind” whilst some members of groups that were  – and are still – discriminated against are seen to be doing well.

Whatever, here in DC where I have been giving a lecture this week, most Americans are still only coming to terms with Trump’s “governing by tweets” approach to national leadership.