The Dyslexic Imposterisms of a PhD student 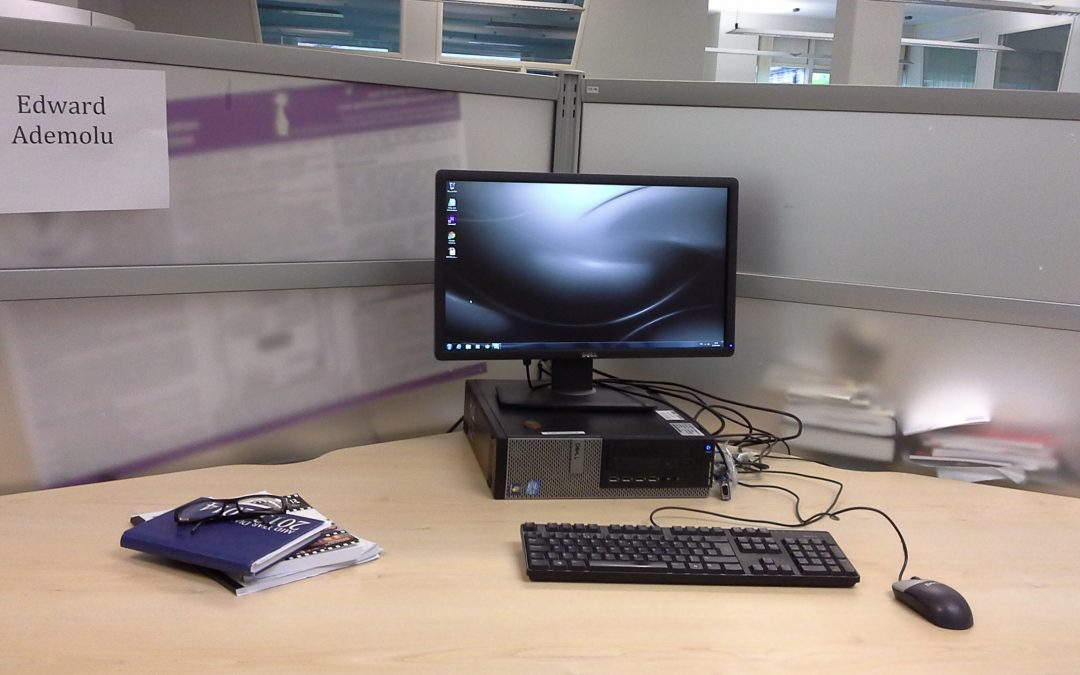 Hi everyone, my name is Edward – a doctoral researcher and I hold my hands up, I suffer with dyslexia imposterisms. Thank you. *Takes a seat among the other equally-inflicted*.

So when did it start? Oh okay, um alright let’s see, well I guess at the start of my PhD programme, you know the introductory – Bakewell slices and Elderflower cordial – stage. It was at this very point, the point of exchanging muffled chit-chats with other frayed-cuffed newbies and overhearing what sounded like Laureate-award-winning and Nobel Peace Prize-worthy research ideas.

Perplexing was their rather complicated, technocratic-driven and politically-orientated discussions on urbanisation, conservation and environmentalism, and the “institutionalisation of ‘humanitarianism”. What were they saying?

If their research was hard-hitting documentarism, then mine –  well – the Nickelodeon equivalent – the sugary and soft playzone-padded materialisms and trivialities of Saturday morning kids tv. Their work was about extremities, while mine necessarily concerned and tethered towards interiority – imploring the introspective, theoretical “how’s and why’s” of this world. I was embarrassed. Not least, how in the world, were they – let alone I –  going to translate our ideas into an 80,000 word thesis?

The thing is, I have always felt at ease – a level of “inside-warming” comfortability with “theoretical obfuscation”. I think nothing of stepping and plunging headfirst into the bound-ary-less muddied egoism and pretentious idealisms of Michel Foucault, Louis Althusser and Stuart Hall.

These transcendental offerings with their open-mindedness, philosophical scepticisms and middle-finger-wagging to intellectual humility, made sense to me – was straightforward, and easily digestible – serving just enough flavoursome bite to satisfy my inquisition.

Whether this intellectual prostration was – and is -–  the doing of my dyslexia;  a dyslexia that demands, is suited to and flourishes under aloofness and abstraction, I don’t know. What I am certain about however, is that grappling over the more methodological, technical and sequential aspects of my degree proved rather challenging, emotionally depleting – and that’s an understatement.

As much as I am enthralled by, and can talk about my research – often to the point of tedium, thesis writing however, was at times, …how do I put it now? Um, yes, …a certified and unrelenting irritant. That is, we were unofficial frenemies who exchanged emptied, ephemeral pleasantries and sterile smiles, now-and-then, but who incubated an impassioned hatred for one another deeply-lodged in the darkened underbelly of our thoughts.

I just couldn’t figure it out – from its formalities in structuring, to its seemingly intransigent prerequisite for linear organisational thinking – something I lack. Unlike thesis writing, the amorphous contours of my dyslexia couldn’t submit to the limitations of a territorialised reasoning, neither was it available for fixing in stylistic and organisational formatting.

As such, on several occasions throughout my programme, my dyslexic mind, and the endless iterations of chapter drafts duelled in ceremonial displays of horn-locking, with all the temperament, stubbornness and idiosyncrasies of a “Man-Child”, each vying for attention and “Big Daddy” status. Sometimes I won – mostly I lost.

But what about mastering the Herculean mountain that is Nvivo? Oh Gosh, Nvivo…Nvivo….Nvivo *stares at computer screen with contemplative disapproval*. Where do I possibly start?

Okay, so for the uninitiated, Nvivo is a computer software package used for, among other things, data analysis. With difficulties in processing, retrieving and comprehending written and auditory information in a timely, succinct and organised way. I found that having mastery over the computational mechanisms required to use Nvivo proved frustrating. Despite attending specific Nvivo training workshops organised by the university, consulting and observing colleagues, and even watching “How To” YouTube tutorials, I simply could not grapple with the fundamentals of how to use what appeared, in my mind, to be a very complicated and confusing system.

As such, while Nvivo did not accommodate the analytical strategies and conceptual “ways-of-thinking” adopted by some dyslexic analysts like myself, I turned my attention to seemingly less-cumbersome and intuitive-driven manual methods. All you dyslexics reading this, don’t nail me to the cross, I’m just giving my own anecdotal testimony.

But how come others – my colleagues – seemed to be treading through the landmines of their own PhDs with a certain stillness and the “cool” of backward-leaning, wheel-steering-defying, cruise control? While I, forward-facing and hands-on-wheel, stalled at every roundabout.

Why was I amateurish at this PhD game? Where was my spirited confidence, unyielding stoicism and the uncapped “too much-ness” that my peers unapologetically flaunted? These feelings of insecurity and discomfort imbued within me a negative “internal locus of control” – the psychological feeling that all my downfalls were because of something inherently deficient about me or fundamentally maladaptive.

I was wrong, boy was I wrong – and you are wrong for thinking that way too. There was – and is – nothing wrong with me. I just have – as with other dyslexic and non-dyslexic academics – different approaches, modes and bargaining chips that I summon to help negotiate and manoeuvre through the seemingly impenetrable mind palace of a PhD.

I have learned and am still comprehending the uniqueness of my dyslexia as a neurological resource privileged with, and unlimited by, “outside the box” creativity, alternative thinking and unmatched wordplay. Even though I’m almost certain “dose” and “does” or is it “price” and “prize” are the same words.

Find out more about our PhD programmes