What everyone should know about aid 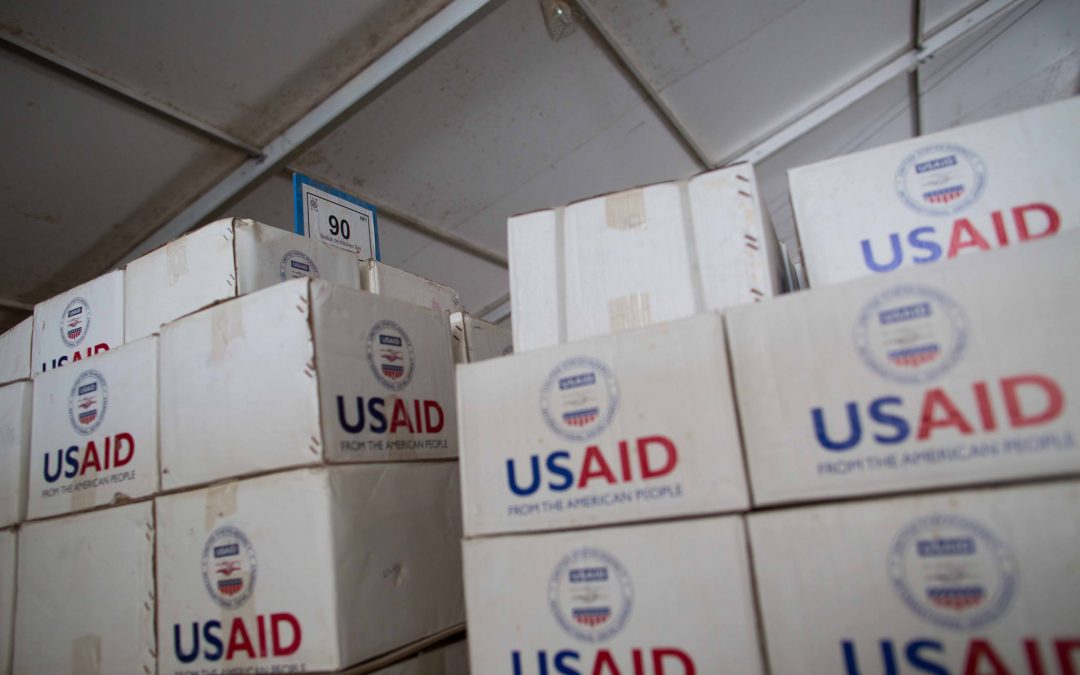 At a time when countries are highly integrated yet increasingly unequal there is no more important issue than ensuring that everyone lives well, but how do we achieve this? Old paradigms focused on conditional aid to political allies but indifferent to domestic politics must give way to a focus on how relations between and within all nations – rich, rising and failing – are structured. The general public tend to see aid either as charity or a corrupt waste of money. The aid system perpetuates this view resulting in a highly dysfunctional aid system that mistakes short-term results for long-term transformation.

Everyday citizens therefore as well as development professionals need to grapple with these challenges and researchers at The University of Manchester are being bold in suggestions on how all involved in the aid sector can improve the way we deliver and talk about aid, including the public who donate and whose tax funds it.

GDI researcher Pablo Yanguas’ book ‘Why We Lie About Aid’ confronts these issues and offers ways forward. Yanguas demonstrates how there is misunderstanding amongst the general public about the complexity of aid and as a result, aid gets simplified in media reports and politics. The donating public is powerful – it gives directly such as in disasters like DEC appeals in the UK and it votes in political parties that allocate aid budget. If the public perceive aid as though it is solely based on charity and poverty – donation drives, famine celebrities and image of starving children. This has an impact on the causes charities can fundraise for. Look for example at the Disaster Emergency Committee who raise funds for emergencies. One of their key criteria for a nationwide appeal is that “there must be reasonable grounds for concluding that a public appeal would be successful, either because of evidence of existing public sympathy for the humanitarian situation or because there is a compelling case indicating the likelihood of significant public support should an appeal be launched.” What then happens about less attractive but critical issues that would not meet this criteria such as building state capacity in a post-conflict country?

In politics, because of the public’s limited understanding of aid, it’s too easy for aid to be critiqued – with the left saying not enough is spent, and the right saying too much is spent. The right argue that aid can be ineffective especially when it could be spent at home, or has potential to be misused for fattening expensive consultants or corrupt dictators. To counter this, aid is often promoted for projects that appeal to the public, such as the number of children vaccinated or the ways it is administered and monitored so that a more critical public can feel that value for money has been achieved. Funders of aid are under pressure to appear tough and focus heavily on restrictive managerial scrutiny and the image of value for money.

In the United Kingdom, requirements introduced by the Coalition government in 2010 forced DFID, charities and private providers to spend ridiculous amounts of time with compliance tasks, striving to demonstrate value-for-money for every penny spent. Even if, as we know from our own chequered history, the complexity and uncertainty of development does not lend itself very well to bean counting and precise calculations.

Controversial programmes have been shown to be closed down all too quickly, their lessons ignored or silenced in favour of expenditure reports and spreadsheets full of indicators and metrics. Aid is trapped in a process of chasing quick wins which reinforce the message that development is easy, ignoring “a central principle of development theory that those development programmes that are most precisely and easily measured are the least transformational, and those programmes that are the most transformational are the least measured,” in the words of former USAID Administrator Andrew Natsios.

The counter-bureaucracy has forced aid practitioners to choose between projects that have easy-to-measure but seldom transformative results (like vaccination and other short-term fixes), and projects that have transformative but hard-to-measure impact (like institutional reform). The former are easily translated into headlines and ministerial websites, whereas the latter are often obfuscated under layers of more or less spurious numbers that fail to provide an accurate portrayal of how development happens on the ground. And that is the perverse effect of the aid counter-bureaucracy, in the US, the UK, and elsewhere: under the ostensible goal of achieving greater transparency and accountability, it is forcing the development industry into a survival logic that worsens the public’s understanding of what aid effectiveness truly means.

As Yanguas demonstrates, the public aren’t being told the truth about aid. What makes aid effective and what makes good aid is politics. It is about building institutions, effective states and stable systems. This runs counter to short-term value for money approaches. Yanguas gives examples of where it is vital to identify local people who are making changes and reforming systems for the better in developing countries, give them the room to be flexible and experimental and fit their practice and solutions to the political context they’re working in.

The public need to know that this is how aid can be spent effectively, really make a difference and free developing countries from the reliance on aid in the long term. The public needs to be proud of the contribution they can make to developing strong, stable institutions. If we want to see real change we need to give the right support to the people involved in complex issues such as national planning, economic analysis, transitioning between economics and political phases. While that isn’t as simple as buying a goat or sending a kid to school, it means there’s more chance of a better life for the family with the goat or the child going to school.

The public also need to know that aid money is also a tiny slice of the pie – for example in the UK aid is 0.7% of gross national income (and one tenth on what is spent on domestic health) but the impact that money can have is massive.

So how can we improve people’s understanding of aid and reform the system?

The development community has already spent considerable time finding better ways to deal with more difficult operating environments and more transformative forms of impact. But practitioners will not enjoy the freedom to pursue this kind of real effectiveness unless the donating public – all of us – are ready to embrace the complexity and contingency of development, but also the humane internationalism that foreign aid requires to thrive.

We should also remember that aid is not the only way that countries can be helped out of poverty. The Centre for Global Development has a commitment to Development Index combining different ways in which support can be offered including contributing to a global financial regime that helps ensure countries get access to finances, allowing residents to immigrate, taking responsibility for environmental actions for example.

At The University of Manchester we’re tackling the issues at many levels. From a public perception point of view, we have researchers looking at the power of images and how this informs and misinforms what we think about people in poor countries. We examine political parties in the UK to better understand the policies in their manifestos as they shifted focus from international development to global development, allowing us to anticipate future directions as well as engage effectively with a range of policy makers.   David Hulme has been asking fundamental questions about aid such as Should Rich Nations Help the Poor?. The Effective States and Inclusive Development (ESID) research centre is also improving the understanding of how development can succeed at long term transformation. ESID research is demonstrating how, rather than instigating quick, palatable fixes or wasting time and resources on tokenistic measurement, development can be more effective in if it is adapted to the politics and power relations in country contexts. Nicola Banks is advising the Dutch government on how to enable NGOs to work more politically and therefore more effectively. She is also working with Dan Brockington of the Sheffield Institute for International Development to map the international NGO sector, with a view to see how civil society groups can – amongst other things – be more effective when engaging with stakeholders and funders. The big questions are being tackled – now can we get the public to understand aid better?