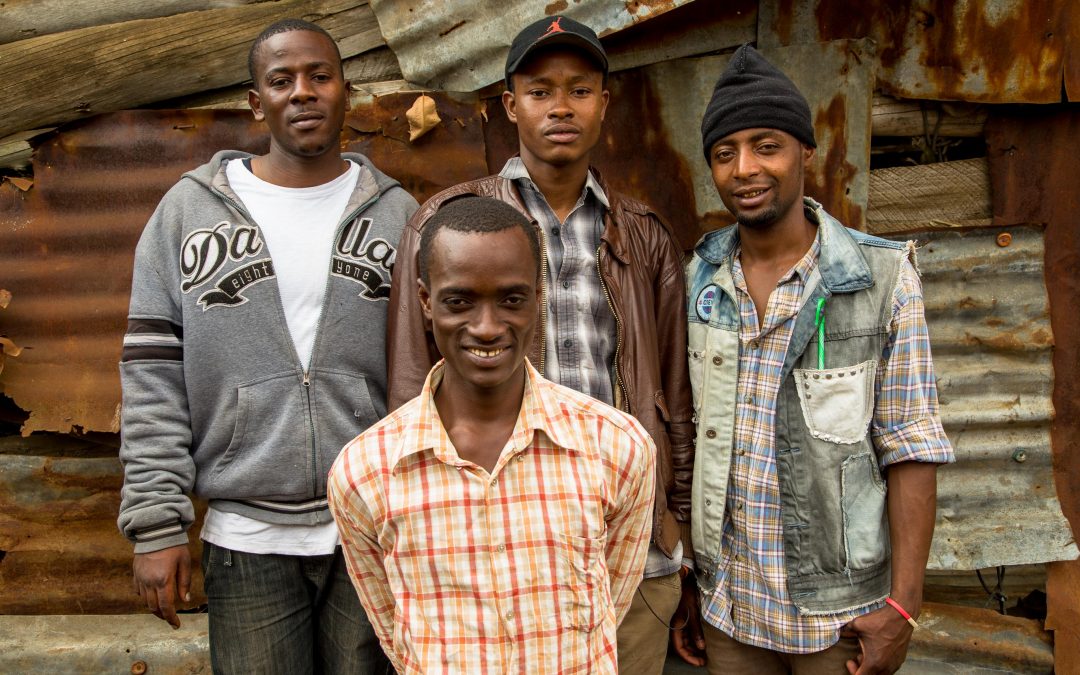 As part of the ESRC Festival of Social Science, we’ll be holding a  film screening followed by a learning exchange and discussion with youth groups in Manchester to see what can be learnt across these geographies about youth vulnerability and disenfranchisement. Wht is this important? Tanzania has one of the youngest populations in the world. With half of the population aged 25 and under, the median age is 17 years old. One-fifth of the population is between the ages of 15 and 24 and therefore classified as ‘young’ by the United Nations definition. This constitutes around 10 million Tanzanians, with this number expected to double in the next two decades.

Understanding and addressing the problems facing young people is therefore critical, and this will be increasingly central to broader developmental outcomes in Tanzania. What happens if these aren’t put front and centre of policy and programmes? In their Next Generation Tanzania report, the British Council sparks our imagination with the phrase “[embrace the democratic] dividend or disaster”, emphasising the centrality of the issue to Tanzania’s development and potential.Central to efforts must be the issue of youth employment. Employment is central to the ‘youth crisis’. There are 700,000 new entrants to Tanzania’s labour market each year. That is 700,000 new entrants to a labour market that cannot even get close to providing employment to those already in it: 80% of Tanzania’s working population find employment informally. Women are disproportionately represented here. Such constrained labour market means that entrepreneurship is commonly seen as the most desirable outcome for young people – but clearly entrepreneurship cannot be the only solution in face of the magnitude of the problem.

Why is employment so central to young people’s priorities. Income is, of course, central, but it goes deeper than this. Those that work with young people may be familiar with the ‘five key transitions of youth’ framework that was conceptualised and popularised by the World Bank in their 2007 World Development Report Development and the Next Generation. This has had longevity in development agencies and in research. As an academic I have a lot to critique about this approach (and have done so here) and its oversimplification of certain issues. But it does provide a useful means for highlighting that age is a social construct, as well as age-related. That is to say, youth-hood is a process of navigation in which young people are searching to meet key social markers. They are not socially-recognised as ‘adult’ until they have achieved these: completing education, finding work, moving into their own home, getting married and supporting children (these come together under the transition of ‘family’), and doing so while remaining in good health. Achieve all these, the model suggests, and young people can complete the fifth transition of ‘citizenship’. It is this that underlines why in Tanzania and many other countries across the continent the official designation of ‘youth’ stretches a decade beyond the UN’s upper age boundary of 24 years of age. An inability to find the work that will support them in making these transitions leaves them by and large in a ‘transitional limbo’, unable to make progress in these critical social realms.

Without doubt, employment is a central – if not the central – concern of young Tanzanians. It must be a priority not just in national strategies and concerns, but in donor priorities,  policies and programmes. But from the perspective of my research with disadvantaged urban youth in Arusha and Dar es Salaam I would caveat this with a warning. That is, if we take too narrow a focus on employment we fail to recognise the much broader set of challenges facing young people. These are social, as well as economic. Unless we clearly recognise the strength and depth of the limited support young people get from parents, families and the community, we fail to recognise the implications of these on the developmental processes young people are going through while trying to navigate these transitions.

Widespread stereotypes of young people as ‘idle’, as ‘lazy’, as ‘criminals’, or at a national level as a threat to peace and security don’t just influence how they are received by potential employers in the labour market but are also internalised, and play a key role in further limiting the support they receive from key figures and institutions in their lives. It is a vicious cycle, in this respect. This has severe consequences on young people’s ability to develop the key competencies that would help them to thrive and aspire to a better future, such as self-esteem, confidence, interpersonal and communication skills.

Particularly acute here is the withdrawal of support from the household at school drop out, when young people are expected to become financially independent and contribute to broader household costs, including their siblings’ education. Yet they are ‘cut off’ in this respect into hugely difficult labour markets. Local labour market realities mean that the terms ‘employed’ and ‘unemployed’ do not have much resonance. ‘Work’ is better, but is still largely characterised by insecurity, low wages, irregularity, a dependence on physical labour and, for young women, the threat of sexual harassment and violence. Best case scenario from many young people’s perspective is accumulating capital for a small business, but we have to realistic here too. Starting with such small amounts of capital, competing in such highly competitive environments, and maintaining businesses amidst such insecure livelihoods in which ‘eating’ your capital is not an uncommon coping strategy, all combine to raise important questions about the long-term viability of the small-scale ‘survivalist’ businesses that support most young people from disadvantaged backgrounds.

This crisis of forced independence without the means to be independent is also at the root of a lack of community support for Tanzania’s young people. Where young people are seen not to be working, yet are also known not to be supported by their household, assumptions are made that they must be involved in crime, or for young women, prostitution, to make ends meet. The effects of this is hugely destructive on young people as individuals and as a collective. They also effectively close civic space and scope for public participation to young people. I was demoralised, though not largely surprised to see that Tanzania is amongst the most poorly performing of the 54 Commonwealth countries in measurements of civic and political participation.

So for me, while I also join voices calling for increased attention to youth employment and entrepreneurship, I do so while emphasising the social, as well as the economic, manifestations of the youth employment crisis (as I write here). It is far too easy for policy-makers and practitioners – if they don’t recognise the strength and depth of these social vulnerabilities and an almost complete lack of institutional support for young people – to try to ‘fix’ the problem by expanding access to capital, to training, to skills development and to enhancing opportunities. This is not enough. Just think about it from the perspective of a 15 year old that you might know. A 15 year old who, in the context of my research ,has left school (most likely with only primary education) and is expected both to look after and fend for themselves, with little emotional or financial support from parents, in job markets that discriminate against them and in communities that largely judge them as criminals. They may be lucky to have friends that can support them, or like many of the young people I interviewed, they may have self-selected themselves out of a social life for fear of being led astray by bad influences.

It is when we think about it from this respect we can start to understand the isolation and vulnerability of young people at this critical stage in their development. And it is only when we start recognising the depth and urgency of these social vulnerabilities that we can start envisioning programmes for youth employment and entrepreneurship that help build support, confidence and aspirations, as well as extend access to new skills, capital and economic opportunities. These problems and experiences are not unique to young Tanzanians. Similar narratives can be found across the continent, and in fact, in much literature in towns and cities of the Global South. Does similar vulnerability and disenfranchisement exist in cities closer to home? As part of the ESRC Festival of Social Science, we’ll be holding a  film screening of The Boda Boda Thieves, a Ugandan film following young men in Kampala, followed by a learning exchange and discussion with youth groups in Manchester to see what can be learnt across these geographies. Please join us!

Nicola Banks was invited as a Guest Speaker to present at the Houses of Parliament at an All-Party Parliamentary Group on Tanzania meeting on youth employment and entrepreneurship, in conjunction with the British-Tanzania Society. Find out more about her research on young people’s experiences of urban poverty in Tanzania.