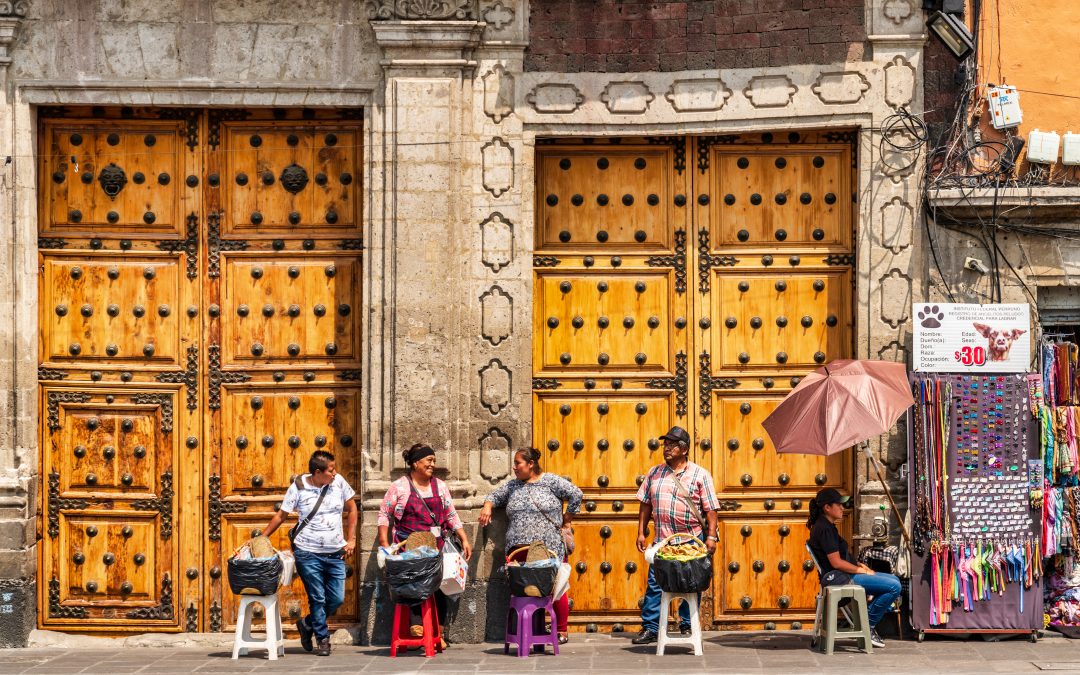 Social policy has traditionally focused on income, its distribution and redistribution. But wealth is increasingly coming into view on issues such as wealth taxes, intergenerational mobility, pensioner capitalism and the super-rich. This brief primer aims to encourage a closer understanding of wealth for the purposes of social policy.

Atkinson distinction between income and wealth is an excellent starting point: “income in a given period is the amount a person could have spent while maintaining the value of his wealth intact” p.39. Wealth is the stock of economic resources or property rights of economic agents.

What is the point of wealth?

Posing this question will help capture nuances in the concept of wealth. Several terms are commonly used as synonyms of wealth: savings; assets or net worth; and capital. Conventionally, savings are the excess of income over expenditure in a particular period; assets or net worth are economic resources held to absorb future needs or shocks; and capital describes economic resources applied to the production of goods or services. They are not exactly the same.

Vickrey (from his 1947 Agenda for Progressive Taxation, cited by Atkinson) states that an agent accumulates wealth “for the sake of increasing his control per se of the economic institutions of a capitalistic society, and for the sake of various satisfactions” p.37. He distinguishes wealth as saving and assets from wealth as capital. The point of the former is consumption or risk management. The point of the latter is the control of economic institutions.

Conflating the two is unhelpful to our understanding of wealth in a social policy context. It is unlikely that Warren Buffett’s stock market investment is motivated by insecurities about his future consumption, and it is unlikely that asset transfer and microsaving strategies to support poor households will give them control over economic institutions.

Wealth data is sorely lacking. The standard global approach of measurement comes from the codification of National Accounts. It measures wealth as financial and non-financial assets “…over which households can enforce ownership rights and that provide economic benefits to their owners, net of any debts” p.112. This approach to measurement leans towards the saving/asset meaning of wealth described above. Wealth includes only marketable assets measured at prevailing market prices. Human capital is not included because it cannot be marketed separately from people. Zucman provides a good account of existing data and data limitations.

Applying this approach to measurement, the World Inequality Database indicates a gentle decline in the share of wealth held by the bottom 50% of the populations of the USA and France and a steeper decline for China since the 1970s.

The emergence of the super-rich, marking the rise in inequality in early industrialised countries, has directed attention to wealth taxes. They include a range of tax instruments. Gifts and inheritance taxes, land and property taxes (commonly used to finance local authorities), and wealth levies. For example, Argentina has recently approved a one-off wealth tax on the very rich to mitigate the impact of COVID19. In Latin America and the Caribbean, they make a small contribution to government revenues, 3.6% of total tax revenues, or 0.8% of GDP, in 2018. On their own, they are unlikely to make a significant dent on wealth inequality in the region.

Annual wealth taxes would stand a better chance of reducing wealth inequality in the medium run, but few countries have annual wealth taxes along the lines of income taxes. They present considerable administrative challenges in defining the tax base, ensuring compliance, and preventing capital flight. Overcoming political opposition from powerful interests is a significant challenge.

Bernie Sanders’ recent proposal for an annual wealth in the USA suggested a progressive tax rate rising to a maximum rate of 8% of wealth, starting from a wealth threshold of US$16 million for a single person or US$32 million for a married couple. It was expected to raise revenues equivalent to 1.56% of GDP. Colombia’s 2014 annual wealth tax is collected on individuals and corporations reporting wealth above Col$1 billion at a progressive rate capped at 1.5%. In 2017, only 0.2% of all adults paid the wealth tax (See App. B).

Economists are primarily concerned with balancing the objectives of maximising revenue collection while maintaining incentives. From a social policy perspective, revenue collection is important to support comprehensive welfare provision.  But broader objectives come into play. Justifying his proposal for a global progressive wealth tax, Piketty states that the “…primary purpose of the capital tax is not to finance the social state but to regulate capitalism. The goal is first to stop the indefinite increase of inequality of wealth, and second to impose effective regulation on the financial and banking system in order to avoid crises” p.362. In democratic and egalitarian societies an effective wealth tax is a self-defence tool against ‘oligarchic drift’.

Non-fiscal policy instruments could also prevent the accumulation of wealth. Polities can restrict the scope of private property rights over economic resources. This often applies to natural or cultural resources. Governments can foster collective ownership through nationalisation or participation in the ownership of enterprises.

So far, the focus has been on private wealth but wealth can also be held in collective ownership. An unfortunate downside of the current interest in wealth inequality is a disregard for public wealth. A significant share of wealth is publicly owned. Water and sanitation infrastructure, transport and communication infrastructure, and public parks and natural resources, among others, are essential to economic activity and often in public ownership.

Because polities determine what resources can be privately owned, the boundaries between private and public wealth are a policy outcome.

Negrete measures all types of wealth for Mexico in 2014. He finds that around a third of wealth is publicly owned. 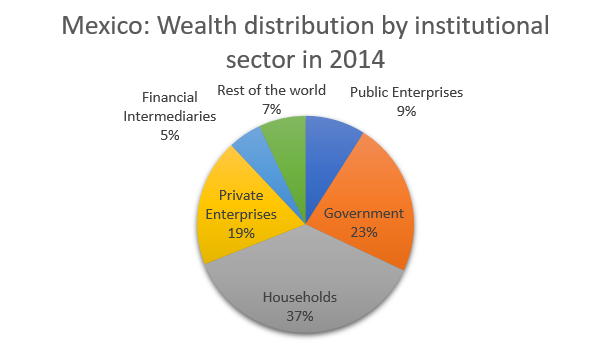 An interesting recent paper by Ranaldi and Milanovic recycles the idea of ‘pensioner capitalism’. Using Luxemburg Income Study data, the paper compares the concentration of income with the concentration of wealth. It proposes to classify countries into class-based societies, where capitalists concentrate capital and workers own labour and classless societies where the ownership of capital is widely distributed. They measure wealth including and excluding pension assets and find that Nordic countries are class-based if pensions are excluded but classless if they are included. “As the share of older people is on the rise in many advanced countries and the use of private pensions becomes more popular, one can envisage a somewhat novel form of “classless” society where relatively equal shares of capital and labour across distribution are achieved through savings over active life and capital returns once in retirement.” p.22. This is ‘Pensioner capitalism’.

Note that here ‘capital’ is interpreted, and measured, as asset/saving. Shifting economic resources, and therefore consumption, from people’s working lives to retirement makes them into capitalists. Zucman, and the National Accounts classification, is more discerning on this point. Unfunded social security pension promises are not marketable and therefore not counted as wealth. In so far as funded (saving) pension funds are not accessible before retirement, they are not counted as wealth either. Only funded pension savings allowing withdrawal before retirement, like the USA Individual Retirement Accounts and Singapore’s Central Provident Fund could qualify as wealth. The point of pension schemes for individual participants is future consumption and not the control of economic institutions.