The Africa Agenda 2063 and the SDGs: the African Union barks, but will it find its bite? 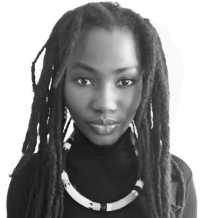 This blog has been republished from the Overseas Development Institute and was written by Fortunate Machingura, a GDI alumna who completed her PhD in Development Policy and Management earlier this year. Fortunate is now a Research Fellow for the Development Progress project at ODI.

The African Union (AU) is often described as a ‘toothless bulldog’ withcredibility and legitimacy deficits. But its recent work may be indicative of a changing status. Through the Africa Agenda 2063(AA2063) – a framework reflecting African solutions to its problems – the AU appears to challenge western hegemony on global development and, in the process, has laid down two significant markers of change.

Firstly, at a joint conference with UNECA in Addis Ababa in April 2016, the AU embraced an integrated approach to the implementation and tracking of the AA2063 and the 2030 Agenda for Sustainable Development Goals (SDGs). Building on the common African position on the post-2015 development agenda , the conference agreed on a single periodic progress report on both agendas, and to step up efforts to combat corruption. Secondly, the AU is trying to tackle the fragmentation of its states through a continent-wide approach that centralises decision-making and speeds up development progress.

This new approach represents an emerging narrative of African solidarity and political tenacity, which has the potential to lead to greater freedom of movement, reduced trade barriers and coordinated efforts to tackle problems of social, economic and political capital. For example, coordination between oil-rich countries (e.g. Ghana and Nigeria) and the African ores (e.g. the Democratic Republic of Congo, Botswana, South Africa, Tanzania) could provide unprecedented economic opportunities due to the huge labour market coupled with a youthful population.

For these developments to be realised, however, it is imperative that there are mechanisms that recognise these new patterns of political connection and solidarity among African states and global partners. While the recent Côte d’Ivoire high-level political forum on SDGs and the April 2016 New York high-level forum on Africa are examples of recent efforts to strengthen solidarity with Africa and beyond, more is needed to translate these high-level political forums into real actions that help the most impoverished communities.

While these platforms were progressive, they must also be recognized as taking place during a political conjuncture in Africa, fraught with multiple-transitions and troubling antinomies. These include transitions between postcolonial periods and development periods, taking place in an era of renewed conflict as seen in Burundi, Sudan,Somalia, Libya or Egypt or Zimbabwe, and a clear transition from the history of authoritarian political settlements typical of most African countries characterised by limited leadership accountability; to a systematic accountability mechanism for every African country. There is obvious tension here. On one hand the AU is trying to pool sovereignty at the regional level through different high-level political mechanisms, while on the other hand it is contesting accountability at the national level and yet lacks the power to institutionalise checks and balances.

The multi-stakeholder Africa Regional Dialogue, convened by ODIand KIPPRA in April 2016, identified some risks of combining both agendas. Foremost is whether the SDGs and the associated accountability frameworks can help to foster the broader development of national-level accountability. Some African countries may legitimately resist the agreed results framework, citing diversity and complexity of country contexts. It is possible that imposing a regionally agreed framework on countries might be viewed as highly intrusive, and thus open to challenges and resistance. This is not just conjecture – the resistance of some African States (e.g. Uganda,Zimbabwe, Nigeria) to observe the rights of lesbian, gay, bisexual and transgender (LGBT) populations despite agreeing to the AU’s 2014resolution 275 on the on the protection against violence and rights violations on the basis of real or imputed sexual orientation or gender identity is a prime example.

At the moment consensus is lacking on how SDG implementation can succeed in environments of disparate governance, especially given the history of failure of most states to aid participatory politics in Africa. The addition of the AA2063 agenda into the global conversation on SDGs offers renewed hope that the AU may have found its political voice. It is yet to be seen, however, whether this newfound voice can gain traction with the AU’s own constitutive bodies and members in a manner that allows the Union not just to bark, but also to bite.