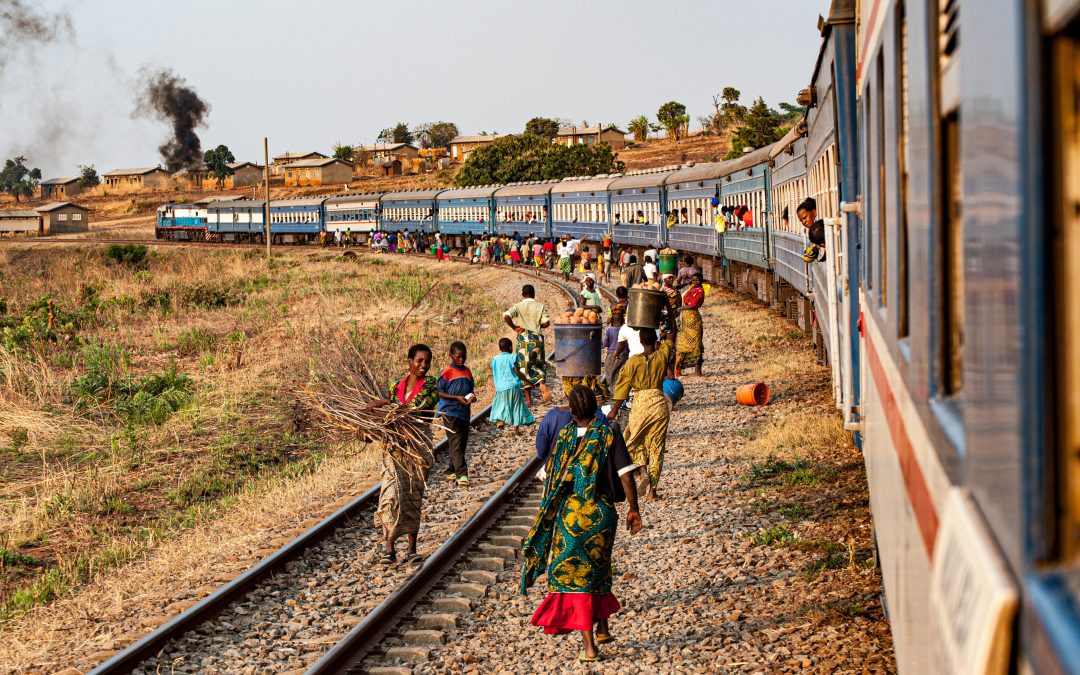 On June 21st 2022, while discussing the newly tabled budget draft a member of Tanzanian Parliament raised an underreporting discrepancy between the amount that the Minister of Finance informed parliament it allocated to pay a single-source Chinese contractor for a section of its Standard Gauge Railway and what the electronic public procurement system has awarded to the firm. The MP noted the difference to be over $600 million. He lamented about corruption, demanded reopening of the tender process, and use competitive bidding.

This is not the only protest against the Chinese gaining ground on the continent. Recently one of the leading presidential contenders in Kenya allegedly vowed to deport Chinese traders if elected. Africans across the continent are increasingly contesting influences of foreign actors. Similarly, there is growing competition between foreign actors to remain relevant within the continent. More and more Domestic actors are competing to fill gaps previously dominated by foreign actors. All these contests are bound to shape future developmental outcomes for African states.

While criticism exists, many in Africa have welcomed this investment with Afrobarometer showing that China ranked favourably relative to other major powers. In Dar es Salaam, as across the continent, China’s footprint is visible. From Chinese-built airports to parliament buildings, African states have benefited from deepened economic, trade and diplomatic ties with China. In 2018, China-Africa bilateral trade reached $207 billion. In 2020, amidst the pandemic, Chinese construction companies across the continent signed new contracts worth $67.9 billion.

Similarly, western countries, some of which managed the transition from colonialists to development partners, have retained their geopolitical and commercial interests in the continent. As of 2017, 27 members of the European Union held a combined Foreign Direct Investment stock of €222 billion compared to €42 and €38 for US and China, respectively.

To gain commercial, strategic, and diplomatic influence across the continent, global powers are intensifying relations with African countries across the spectrum. China, US, and the EU are increasingly competing and using infrastructure to strategically control key geographical frontiers of resources including oil, metals and rare earth minerals, markets.

As a result of this competition, another layer of regional contestation is triggered among Africa’s nation states. Kenya is focusing on strengthen its corridor towards Uganda and Eastern Congo, as well as to Ethiopia and South Sudan through LAPSSET. Tanzania and Zambia are in talks to revitalize TAZARA and it is currently building a new central corridor standard gauge railway towards Rwanda and Burundi.

These competitive forces affecting African states can also be observed at national level. At state level, state managers and political leaders who are keen enhance connections with the global economy are facing criticism from those who are more inward looking. Changes in regime in country like Tanzania gave us some glimpse of this. The late President John Magufuli was sceptical of some infrastructure deals with the Chinese (i.e., Bagamoyo port and Standard Gauge Railway) and equally with the western firms in extractives (i.e., Barrick). Tanzania’s current administration engaged Chinese construction firm on single sourcing basis for one of its five railway construction sections.

A different type of competition is also occurring at national level in the financial sector. Traditional development financing institutions like the World Bank, which were outmuscled by Chinese financing in the last two decades, are finding their voices. Zambia’s ‘tragedy of the commons’ from Chinese financing is creating space for the Bretton Woods institutions to help the new administration clean house. Tanzania’s overcommitment in large scale projects is creating room for more lending in human development, while Kenya’s debt and currency pressure on currently called for more IMF involvement.

Domestics banks are also competing with foreign finance and traditional development finance for a piece of the profits in the infrastructure space. The World Bank has an on-going $300 million loan for railway modernization project in Tanzania. The European Investment Bank is investing in the Nairobi-Rironi-Mau Summit Road through its Meridiam Infrastructure African Fund using PPP model. Standard Chartered bank syndicated $1.46 billion loan for phase II of Tanzania’s standard gauge railway while CRDB bank supports aspects of other phases. Equity Bank and Cooperative banks have shown similar appetite in Kenya.

There are further complications when it comes to the contractual details of these projects. In Kenya, the civil society took to court demanding the release of the contract between government and Chinese financiers. Despite court ruling in favour of the civil society, the government in yet to release such. In Tanzania, the contest is within the state itself. After turning down China, Tanzania has engaged a mosaic of financiers to fund the 1200km railway. The first 200km was partly funded by Turkish Exim bank, second phase by a syndicate led by Standard Chartered bank while the last section will be constructed by the Chinese

There are generational divisions within Africa about the benefits of Chinese investment. For some of the younger generation, Chinese investment is seen as dominance and dependency. Similar is the disenchantment of many Africa’s youthful unemployed population upon seeing grand infrastructure projects with little benefit to their job prospects. The ‘good old days’ of projects such as TAZARA which were coupled with social engineering are long gone. Nowadays with governments retreating to just building enabling environment, there are expectations of people to automatically benefiting from such large-scale projects.

These contests are illuminating about infrastructure, and much more so Africa’s reality itself. As infrastructure is, so is Africa’s development processes – it is relative, complex, and contested, and current actions are likely to shape Africa’s future.