After UNAMID: Who will offer protection to civilians and the displaced in Darfur? 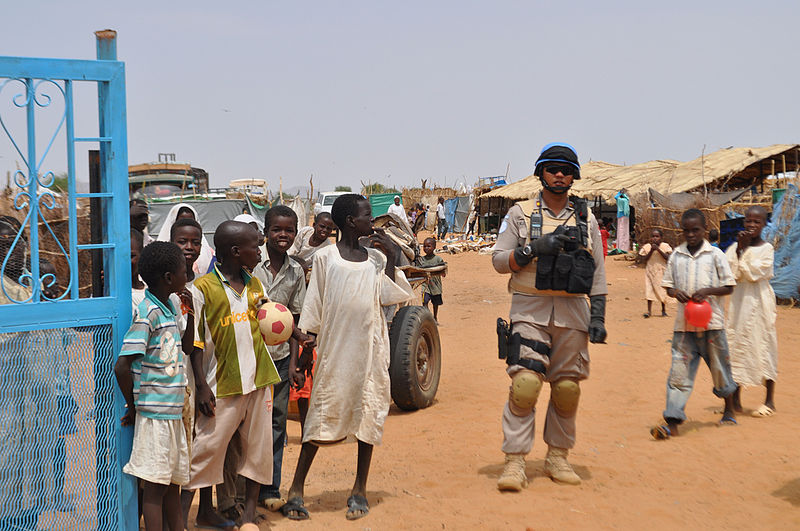 On 31 December 2020, United Nations–African Union Mission in Darfur’s (UNAMID) mandate came to an end. While it will take until 30 June for all UNAMID staff to have left Sudan, the mission no longer has the mandate to intervene in the complex scenario of Darfur.

The decision by the UN Security Council to bring the mission to a close was met with various protests across the Darfur region, as many people fear a security vacuum. Indeed, already a number of attacks against civilians have reportedly occurred since New Year’s Day in Darfur, while militias have besieged one of the UNAMID sites in Central Darfur with reportedly the intention of looting the building. As national security forces of the new Sudanese government have in previous months failed to protect civilians from attacks, their fears seem more than justified.

On the one hand, this may come as a surprise, not least as UNAMID has repeatedly come under attack for its failure to protect civilians – even though such protection was at the core of its mandate. UNAMID has in the past even been accused of downplaying atrocities against civilians in order not to jeopardise its relationship with the previous Sudanese government under Al-Bashir. More generally, it found itself in the unsolvable conundrum of carrying out its mission in a setting where the host-government was always less than accommodating. This hostile attitude towards UNAMID, as I argued elsewhere, hardened even more with the indictment of Al-Bashir and some of his key lieutenants by the International Criminal Court.

But that is only one side of the picture. UNAMID, like many other UN Peacekeeping Missions, has been constrained by the sheer nature of its operational structure. The latter, as I have argued in detail elsewhere, has impacted most directly the interactions with local civilian populations, and through that the analysis of the various lines of conflict in Darfur. Still, and as also repeated by local civilians, including those disappointed with UANMID, without the mission their situation would have been even more dire or precarious. And after all, or so was felt by Darfurians, UNAMID reporting, however ‘censured’, made its way to the global political stage and eventually resulted in the ICC indictment. The verdict on the usefulness of this indictment at the point in time when it came about might be contested, but it did send a signal of hope to those who had suffered under his regime that justice might eventually be done, or that at least their suffering was not forgotten.

A resident of a Darfurian refugee camp in Chad sums up the ambivalent attitude of local civilians to UNAMID quite well: ‘We had nowhere to go to speak about incidents. The only option was to report to UNAMID. And UNAMID, when they heard about an incident, they used to visit the place where the incident took place, gather information about what has happened, speak to people, but usually, they did so very late, after several hours and maybe days. The problem was, they never went after the perpetrators. Still, the UNAMID work of reporting incidents and coming to visit places where incidents have taken place made perpetrators feel that they have to be careful as their actions might be reported and they might be held responsible’ (Interview Darfurian refugee in Chad, Goz Beida Refugee Camp, 19 May 2015).

Demonstrations by Darfurian residents against the withdrawal of UNAMID expressed their belief that UNAMID served as the only protection for the displaced, even if often imperfect. ‘No One on the Earth Cares if We Survive, Except God and Sometimes UNAMID’ this belief was summed up in a 2016 report. Following UNAMID’s departure, the government of Sudan plans to train and send a garrison of more than 10000 troops to Darfur to contain violent attacks and provide protection for civilians. The United Nations Integrated Transition Assistance Mission in Sudan (UNITAMS) was also established in June 2020 to support the Government of Sudan in all issues related to security as well as political and economic challenges. If this will make up for the withdrawal of UNAMID, and help establish protection for civilians, remains to be seen.

The final verdict on UNAMID only time will tell. For now, and despite its many shortcomings, not only in relation to the protection of civilians but also in relation to such protection of its local staff, as I demonstrated here, it seems fair to say that UNAMID’s presence did make a difference – even if not on the scale and scope hoped for or expected by those it aimed to protect.

The open-access academic articles referred to in this blog were written as part of the Economic and Social Research Council of the UK [grant number ES/L007479/1] funded research project: Making Peacekeeping Data Work for the International Community.

Find out more about our International Development: Migration, Mobility and Displacement MSc