Building welfare states in Latin America. What about the workers? 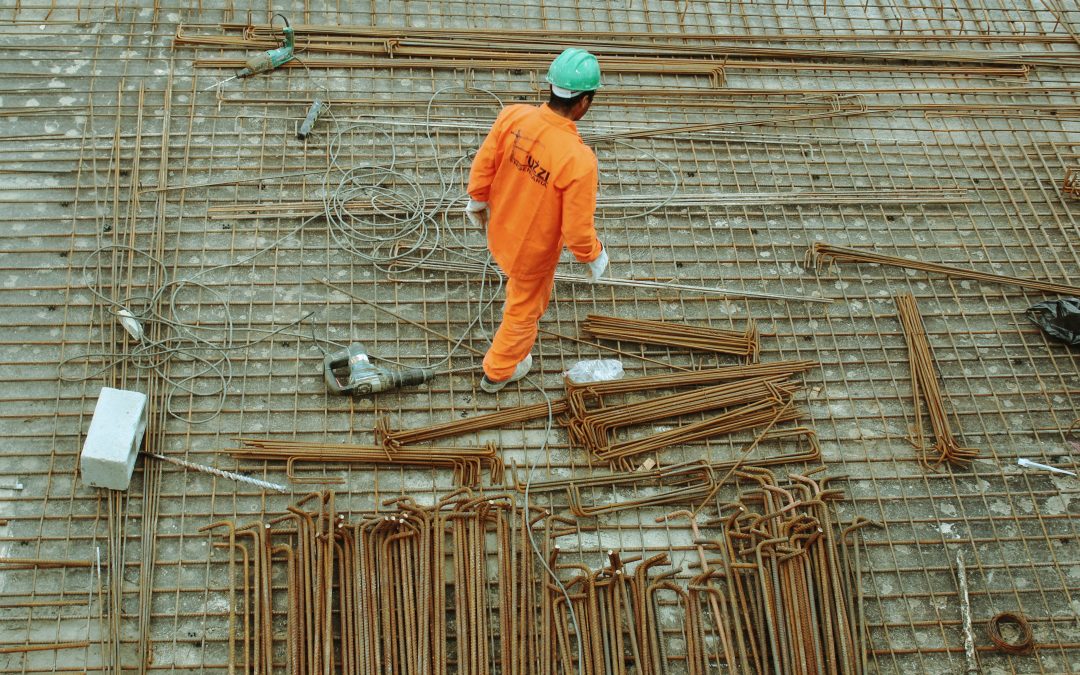 Welfare institutions are the product of social forces – social movements, political parties, worker organisations and their interactions. Who will build welfare states in Latin America?

Economic growth in the 2000s in Africa, Asia, and Latin America encouraged discussion on the emergence of a middle class. In the economic development literature, the middle class is often bestowed with a transformative role, supposedly leading a shift in consumption, saving, investment in human capital, and democracy. The hypothesis is that an increase in the size of the middle class could have transformative implications for welfare institutions in Latin America.

This tallies with the central role given to the middle class in the emergence of European welfare states. However, in a paper marking 25 years since the publication of ‘Three Worlds of Welfare Capitalism’, Esping-Andersen strays from this narrative. He has consistently argued that welfare states emerged to sustain stratification, not equality. Yet, Nordic welfare states levelled up, in education and opportunity, to the benefit of disadvantaged groups and women.

Esping-Andersen believes these outcomes are the direct consequence of the democratisation of education, women’s emancipation, and collective bargaining. And he speculates that the levelling up observed in Nordic welfare states might have come from a wage earner coalition. The suggestion is that workers, not the middle classes, are behind the egalitarian outcomes of Nordic welfare states.

Perhaps a better approach to make sense of the types of welfare institutions to be found in particular countries at particular points in time is to study the dominant forms of social stratification.

Industrialisation, and the social transformation it generates, is often identified as a key factor in the emergence of welfare states in early industrialisers. The growth of a large urban working class plays a significant role in accounts of the development of social protection. Powerful trade unions enable governments to collect payroll and income taxes while left parties drive support for occupational insurance and employment protection.

Late and weak industrialisation in Latin American countries might explain the weaknesses and fragmentation of welfare institutions. Taking the argument forward in time, Rodrik argues that de-industrialisation, associated with the shift to export-led growth in the last quarter of the last century, has further undermined the emergence of strong and unified welfare states. As shown by the figure below, industrialisation in Latin American countries, perhaps with the exception of Argentina and Chile, peaked early and at a lower share of employment than in European countries. 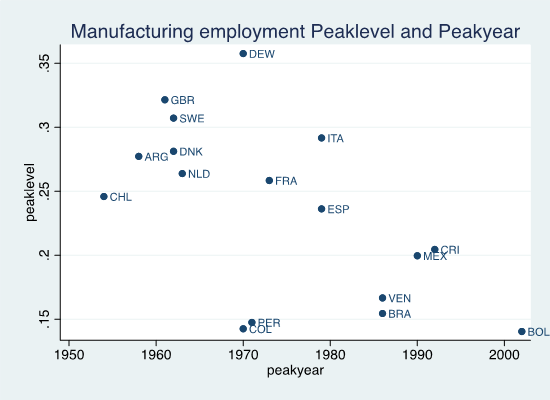 Rodrik is perhaps over-pessimistic about the extent to which weak and late industrialisation might permanently affect late industrialisers. He writes: “Historically, industrialisation has played a foundational role in creating modern state and democratic politics. Its relative absence in today’s developing societies could well be the source of political instability, fragile states, and illiberal politics” p.24

Import-substitution industrialisation policies pursued by countries in the region in the middle of the 20th century generated sectoral patchworks of preferential state-support. Occupational insurance (fondos de prevision) became part and parcel of sectoral selectivity reinforcing the fragmentation and selected reach of welfare institutions.

The re-insertion into the global economy led to extensive employment restructuring and provided the context within which the commodity boom of the 2000s unfolded. Global value chains, with the production of goods and services coordinated across several productive units located in different countries, created the conditions for diverse forms of insertion in the global economy. Jobs associated with global supply chain exports range from one fifth to over a third of the domestic labour force of countries in the region.

Redemocratisation and economic growth since the turn of the century re-established a measure of influence of social movements on social policy and reactivated demands for inclusive welfare institutions. But weakened trade unions and political parties are no longer the sole, or even dominant, organisations linking social demands and public policy. Rossi and Silva note that in a political context of greater diversity in social organisations and their demands, ‘public policy has been an important mechanism for connecting the state to popular sectors…These involve targeted education, health and pension cash transfers…pointing to a new social contract with poor, subaltern, and underprivileged social groups.”

References to social contract renewal appear excessively vague and aspirational when set against a context of deep inequalities and large inclusion gaps in our existing welfare institutions in Latin America.

Top photo was taken during a visit to the reconstruction of the Othon building in the centre of São Paulo, Brazil. Photo by Guilherme Cunha on Unsplash