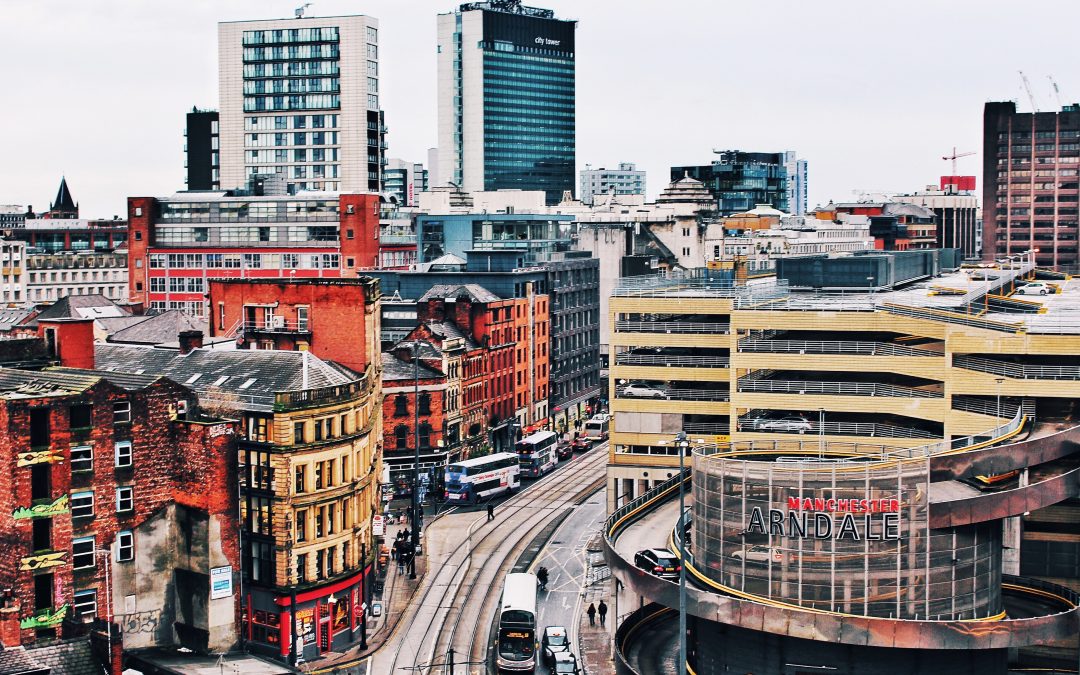 The report by Dr Tom Gillespie (Global Development Institute, The University of Manchester) and Dr Jonathan Silver (University of Sheffield) highlights a lack of transparency around public land deals and questions whether Manchester City Council is getting value for money when disposing of its land assets to private developers. The report estimates that Manchester may be paying nine times more for land in the rapidly gentrifying neighbourhoods of Ancoats and New Islington than it has received in revenue for land in the same neighbourhood.

The researchers ask additional questions about the use of public land to build luxury apartments that are unaffordable to the majority of Manchester’s residents. Despite the Council’s own policy that all new developments should include 20% affordable units, the report identifies numerous developments on public land that contain no social or affordable housing.

The report also raises concerns about the Council’s ‘Manchester Life’ partnership with Abu Dhabi United Group (ADUG), the private equity company owned by Mansour bin Zayed Al Nahyan, Deputy Prime Minister of the United Arab Emirates. The report estimates that over 4 hectares of public land have been transferred to ADUG in order to build over 1400 housing units, none of which are classed as affordable In addition, it has been reported in a Sunday Times investigation that the Council receives none of the rental income from Manchester Life’s property portfolio, and any profit-sharing arrangements have yet to be disclosed to the public.

In addition to housing affordability, the report draws attention to the lack of public green space in central Manchester. This issue has been highlighted by recent disputes over planned development on New Islington Green and the former Central Retail Park. However, this issue isn’t limited to the city centre — across the region communities have been contesting plans to build on green space.

Liverpool Metro Mayor Steve Rotheram launched the Liverpool Land Commission in September 2020 to develop ‘radical recommendations for how we can make the best use of publicly-owned land to make this the fairest and most socially inclusive city region in the country’. The Greater Manchester Independent Inequalities Commission subsequently recommended the establishment of a Land Commission to look at the relationship between land ownership and inequality in the city region. This recommendation was then adopted by Andy Burnham in his manifesto for the 2021 Greater Manchester mayoral election, in which he won 67% of the public vote.

The letter tells Burnham: ‘we believe your victory gives you a clear mandate to take this work forward, and we call on you to establish a Land Commission with participation from local housing campaigners and organisations committed to climate justice by the end of December 2021’.

“Like many cities, Manchester is currently facing a housing crisis and a climate emergency, and there is a shortage of both affordable and social housing and public green space in the city centre. In this context, it is worrying that the Council appears to be using public land to enable private developers to build unaffordable luxury apartments. The establishment of a Greater Manchester Land Commission would be a big step towards achieving greater transparency and accountability around public land use in the city region”

“The commodification of land lies at the heart of the housing crisis. The report has thrown open a conversation in our city region about how we might better use our remaining public land assets for public benefit. Over 50 organisations have now backed our call on Burnham — newly re-elected with a huge mandate — to accelerate plans to introduce a GM Land Commission, along the lines of that already pioneered in Liverpool. We are also encouraging councillors to do ward-level audits of disposed land and existing public land assets in their area, to begin a community-led strategy of using these resources for public good. This would mean prioritising council housing and green space on existing public land assets.”

“Climate Emergency Manchester welcomes this important report. We hope it sparks a discussion about what is built, where, by whom and for whom in this city. As we have seen with Manchester City Council’s response to the climate emergency and its failure to reduce city-wide emissions, the development of public land is another example where there is a significant lack of transparency and failure to demonstrate taking into account the long-term interests of the city’s residents”.

“Now is the time to follow Liverpool and implement a land commission that radically rethinks the purpose of urban land, to shift it away from its currently marketised form and to use it to address the housing crisis, community well-being and the climate emergency. Our post-industrial cities have been dramatically transformed in recent decades and land that was once in much supply is now limited. We need our public bodies to think strategically about what the future of this land will be used for; profit for developers or a base for an alternative city-economy. Now is the time to be bold and brave and for Andy Burnham to transform land for the few into land for the many”

Photo by William McCue on Unsplash