Can we make anti-poverty programmes better?

One way that governments can help reduce poverty is by implementing social welfare programmes for those with low incomes, but the design of such programmes must be done with great care to make sure they actually achieve their poverty-reducing objectives. 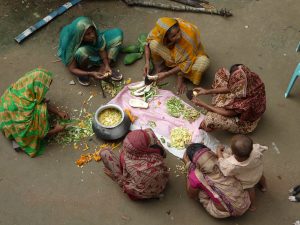 A group of programmes that give cash to households with the expectation of breaking the inter-generational transmission of poverty are known as human development conditional cash transfer programmes. Typical transfer conditions include spending on schooling, going to the doctor regularly, and other investments intended to ensure that the cash is not only supplementing the household’s income and consumption, but also boosting the household’s own productive capacity. This follows the principle that poverty eradication is not limited to helping citizens meet their basic needs, but must also empower citizens to secure their own livelihoods.

In many such programmes, participants are periodically assessed on whether they continue to qualify for the programme, and once they have achieved a socio-economic status above the entry criteria, they exit the programme.

Juan M. Villa, Honorary Research Fellow at the Global Development Institute (GDI), and Armando Barrientos, Professor at the GDI, examined Colombia’s Familias en Acción programme in a recent GDI Working Paper. They found that current practice using of entry criteria to determine programme exit is not supported conceptually, analytically, or empirically, and can in fact be associated with welfare losses for excluded households. This, of course, is the opposite of what the programme is trying to achieve, and has significant implications for the design and implementation of any anti-poverty transfers programmes (conditional cash transfers, but also social pensions and family subsidies) using socio-economic status to determine when households leave the programme.

Click here to read the Working Paper, or read on below for a summary of the findings.

Exit as entry as a flawed concept

For an agency managing an anti-poverty transfer programme on a fixed and insufficient budget, using entry criteria to determine when households exit is assumed to maximise the programme’s poverty reduction effect by ensuring only those below the critical threshold participate in the programme. But this approach is not compatible with the objectives of a human development conditional cash transfer programme (which uses conditionality to build long-term capacity in households to keep them out of poverty for good). It doesn’t place a value on preventing households above the poverty line from falling back into poverty. Achieving this requires paying attention to how households can exit the programme sustainably, stay out of poverty and therefore, treating entry and exit criteria separately.

Analytical and empirical evidence from Colombia

Villa and Barrientos examined households who participated in Colombia’s Familias en Accion programme by 2006 but were excluded the following year because their welfare score was above the entry threshold. The research compares the households’ actual outcomes to what could have been expected had they remained in the programme, and the findings show that exit from the programme impacted the households negatively in three different ways:

Compared with those who remained in the programme, children in excluded households experienced:

As their incomes were reduced, households were forced to re-structure their work lives after exiting the programme, so exclusion resulted in:

Households who exited in 2007 were 3.8 percentage points more likely to be eligible for the programme than the households remaining in the programme in 2011, with rural households worse off than urban ones at 4.2 points. This represents a significant drop in the socio-economic status of excluded households, so it is clear that their exit did not happen sustainably.

Agencies implementing conditional cash transfer programmes are paying increasing attention to exit criteria and some have already adopted a range of strategies to address the issues “exit as entry” causes. For example, in 2013, Familias en Acción introduced a guaranteed two years leave to remain in the programme for households with welfare scores above the entry threshold but below a vulnerability threshold. Villa and Barrientos’s findings suggest more innovation in programme design and implementation is needed to better fulfil the programme objective to build household capacity to ensure they are able to exit and stay out of poverty in the longer term.