Corruption and innovation II: green innovations around the world 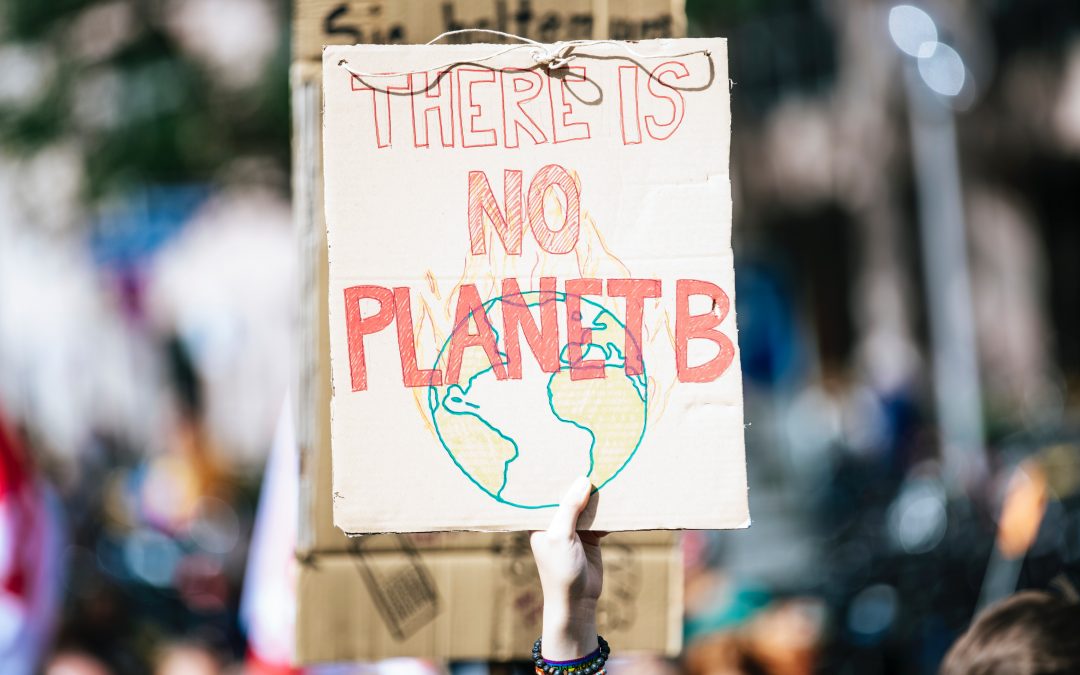 The Conference of Parties (COP) 26 and its Glasgow Pact to phase-down coal remind the world once again of the need to come up with innovative technology to adapt and to mitigate the effects of our changing climate. This amplifies the original call from the UN World Commission on Environment and Development (1987), Our Common Future, to invent new technologies as well as to innovate global institutions such as this Conference of Parties series.

Corruption can be harmful in two ways. It tilted the business and regulatory field by packing the elite or regulators with cronies and connections with less merit, yielding vested interest regulations. Instead of transparent regulations of clear merit, policies laden with benefits to the cronies enter the statute book. Separately, it creates an atmosphere that discourages risk-taking, a quintessential innovation trait, threatening to extract as rents the fruits of innovative and risky activities broached by entrepreneurs, engineers and innovators. This atmosphere hinders potential innovators. The European data reveal this harm: across green technology, biotechnology, informatics and nanotechnology regions with more corruption record fewer patents.

This month new evidence half-way across the world, from China, echoes this harm of corruption on innovation. Ren, Hao and Wu also used Intergovernmental Panel on Climate Change identification of green technology, especially renewable energy. Corruption is indicated by the number of provincial officials being investigated for corruption as published in the China Inspection Yearbook. The thirty provinces of China in the period of 2006 – 2017 make up the sample. As I found in Europe, they found in China that corruption restrains green technology innovation.

Now with this accumulating evidence I set out to examine whether the wider world suffers the same harm: we are seeing less innovation than is urgently needed with corruption bearing some responsibility. An initial exploration of new data is disheartening: corruption is bad for our only planet in the specific ways above. Again I used the same indicator of green patents from the OECD Patent database (July 2021) which include technology classes such as capture or disposal of perfluorocarbons, hydrofluorocarbons or sulfur hexafluoride; marine energy using salinity gradient; or extreme-weather-resilient electric power supply systems.

Corruption index is drawn from the Varieties of Democracy dataset version 11, specifically corruption in public service, ranging from 0 to 1 (higher is more corrupt). Plus controls for enrollment in tertiary education, average incomes, research & development personnel and urbanization rates, all from the World Bank’s World Development Indicators. More than 3.5 million patents are in the OECD Patent database; these are extracted for the period of 1991 – 2018, merged with public service corruption index and the controls for 140 countries. I applied fixed-effect Poisson estimator to get the association between corruption and green innovation. 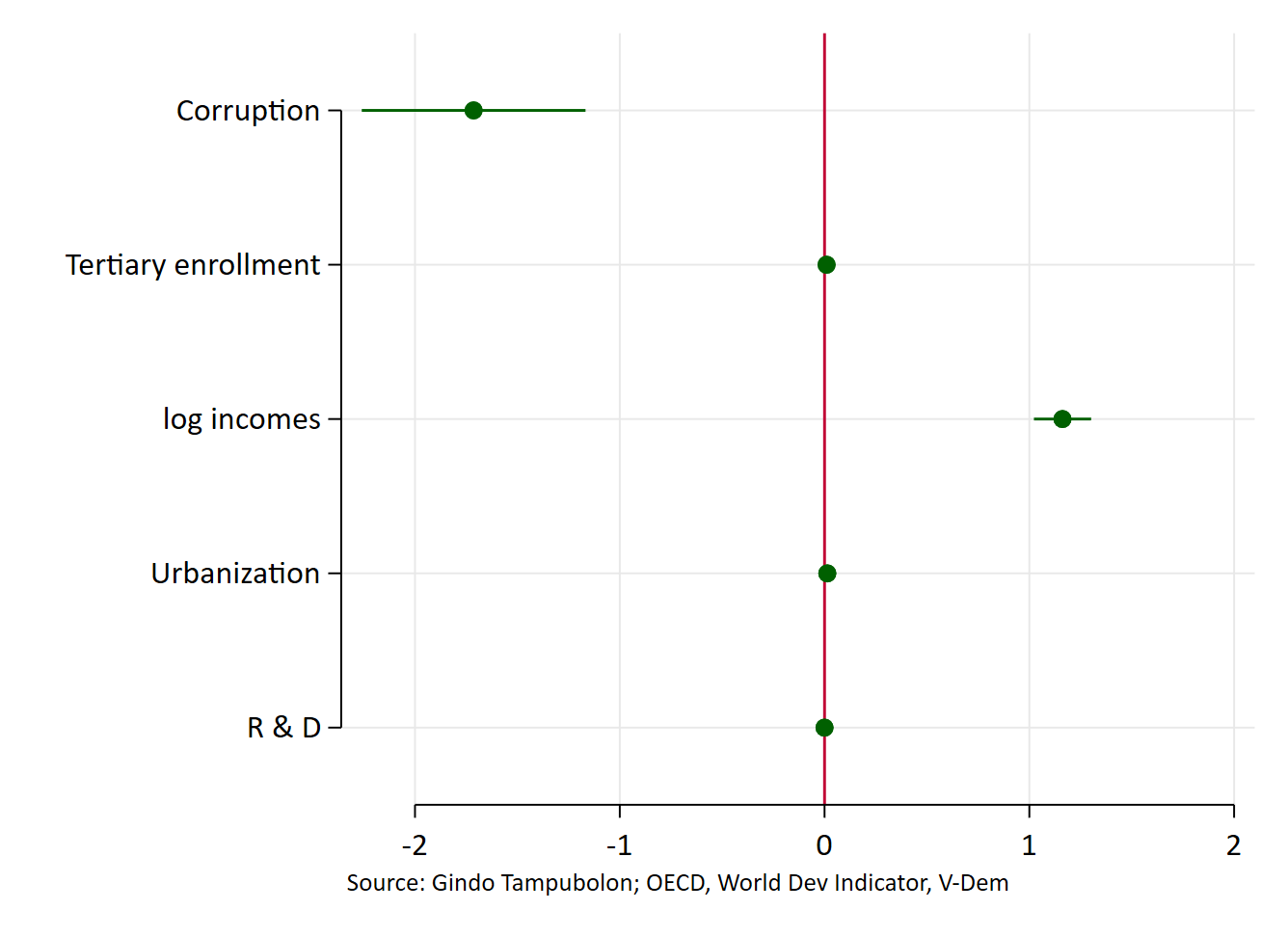 A barrier to innovation?

To conclude, around the world corruption can be harmful as noted by scholars and felt by people going about their daily lives. Now this new evidence warns that corruption can endanger our existence on this planet by depriving us of the green innovations that our rapidly changing climate demands.