Emerging research on pharmaceuticals and development in the global South 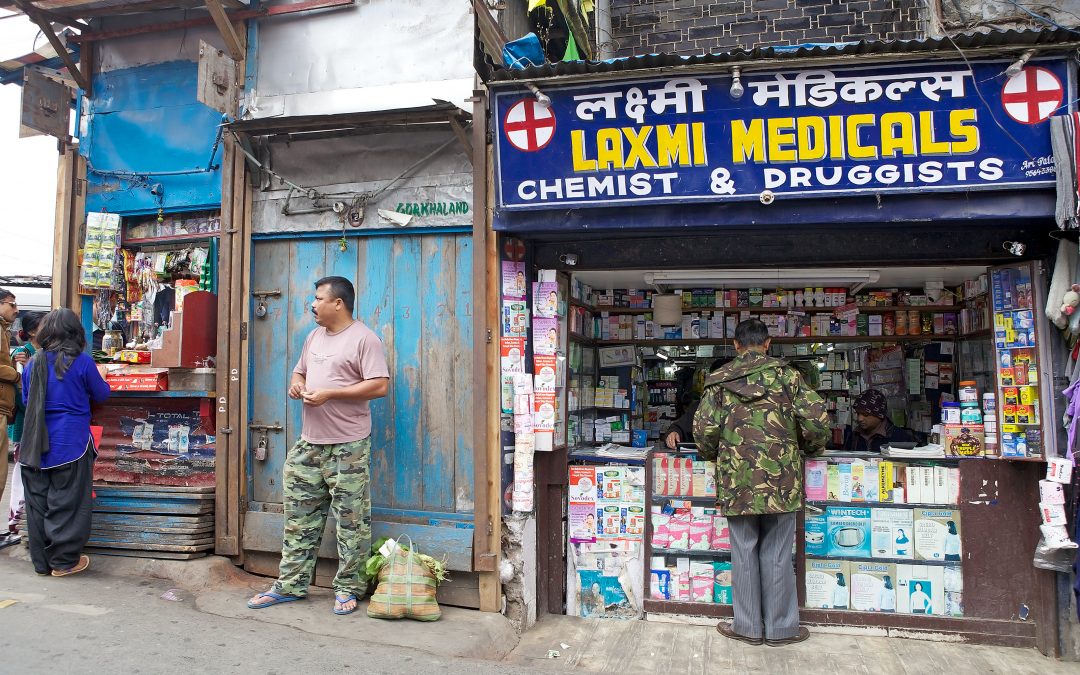 Researchers and practitioners of development tend to give particular attention to certain industries. While textiles and natural resource-based industries garner considerable attention, pharmaceuticals is often overlooked. Yet few industries can match its significance, whether for economic development or often more importantly for curing illness, ameliorating pain and potentially saving lives. A recent workshop in Manchester brought together a group of researchers, from anthropology, economics, geography, history, medical anthropology, politics and sociology, to discuss and advance research on pharmaceuticals in the global South.

Although large flows of medicines circulate within the global South, much is unknown about the supply chains through which these medicines are manufactured and delivered. As part of an ESRC-funded project for the last three years on “India’s pharmaceuticals and local production” in sub-Saharan Africa, I have been researching the value chains which constitute India’s “pharmacy to the developing world”. While India is widely known as the largest supplier of medicines to sub-Saharan Africa, this project has helped to unpack how Indian pharmaceutical firms supply African markets and some of the implications. Considerable differences are demonstrated between the donor-funded chain, the public tenders and the private market. Look out for more results from this project over the next couple of years!

A number of contributors to the workshop unpacked further layers of the story of India’s pharmaceutical industry. Sudip Chaudhuri demonstrated the key role of the state in the development of the industry. Amongst the large number of small-scale firms in India’s pharmaceutical industry, Yves-Marie Rault demonstrated the key role of ‘manufacturers without factories’ as part of a long established loan-licensing system. At the same time, some large Indian firms are increasingly upgrading into biosimilars, as Dinar Kale highlighted in talking about his recent article. Adding to the understanding of how Indian firms export, Sauman Singh provided a detailed account of the market-entry of Indian pharmaceutical firms in Mali. In deepening our understanding of pharmaceutical systems in West Africa, Carinne Baxerres demonstrated important differences between Francophone Benin and the Anglophone context of Ghana.

China’s pharmaceutical industry presents a puzzle – the country is the world’s factory, and is crucial to the active pharmaceutical ingredient part of the value chain, yet is not as prominent as might be expected in global pharmaceutical production. Lantian Li addressed this puzzle – taking a social-institutional approach to highlight the influence of demand-side distributive politics, supplying public procurement within China and how this has captured the industry. Her forthcoming PhD will no doubt be well worth reading.

Pharmaceuticals is subject to both health and industry interests and the relationship between the two is crucial. In Brazil, health and industry interests have come together in public-private partnerships for drug development – as Elize Massard da Fonseca and Ken Shadlen demonstrated. In relation to neighbouring Argentina, in another paper presentation, they demonstrated some unravelling of the successful health-industrial policy alignment as the country has adapted to new patent rules.

The quality of pharmaceuticals in the global South are often subject to vigorous debate. Considerable uncertainty surrounds the quality of medicines in Ghana, as Kate Hampshire highlighted. In introducing her “What’s at stake in the fake?” project on discourses around fake drugs, Sarah Hodges somewhat provocatively argued that the scientific evidence of fake drugs is often weak.

Pharmaceuticals are also subject to considerable political contestation, including through regulation and trade agreements. Tatiana Andia highlighted how even in a country such as Columbia which is relatively small in terms of its significance for the global pharmaceutical market, there was global interest and considerable external attempts to intervene in relation to how generic biological medicines should be referred to.

A timely topic in the UK given the potential for a US-UK trade agreement to alter the price of medicines in the UK, Deborah Gleeson explored how trade agreements could affect access to medicines. She has recently contributed to a Report by the Working Group on Trade, Investment Treaties & Access to Medicines.

The highlight of the workshop was Nitsan Chorev’s presentation of her just-released book (released December 2019), “Give and Take: Developmental Foreign Aid and the Pharmaceutical Industry in East Africa”. The meticulously research book demonstrates the role of foreign aid in upgrading local pharmaceutical production in Kenya, Uganda and Tanzania.

Pharmaceuticals thus presents significant development challenges and issues. Although often spread across multiple disciplines, there’s a growing group of researchers addressing these issues. As well as the results from the “India’s pharmaceuticals and local production in sub-Saharan Africa” project, look out for more development research on this exciting agenda in the coming years.