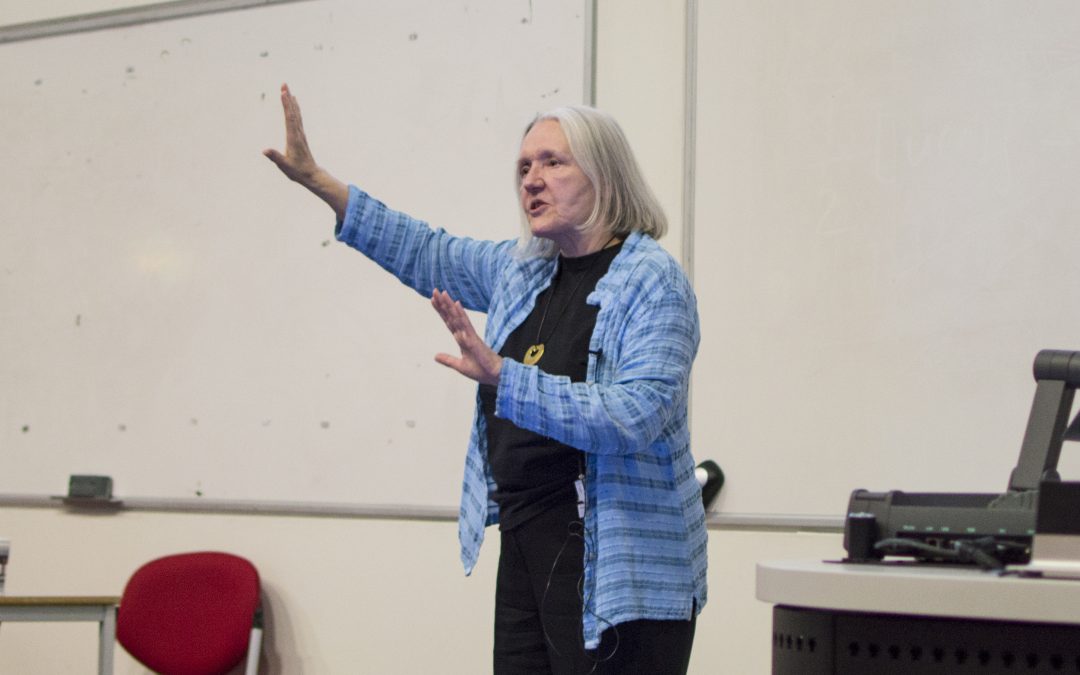 Rory Horner and David Hulme’s recent GDI working paper calls for a shift away from the 20th century paradigm of international development, based on the division of the world into Global North (developed) and South (developing), towards a 21st century paradigm of global development, based on a recognition that development issues are universal and cut across this North-South divide. Horner and Hulme’s argument that we need to fundamentally rethink the geography of development resonates with Saskia Sassen’s recent GDI Lecture based on her 2014 book Expulsions. In her hugely engaging lecture, Sassen lamented the tendency in the social sciences to create insular silos of knowledge and focus on rarefied disciplinary debates. In order to understand contemporary social and economic transformations, she argued, we must identify the common dynamics that connect apparently unrelated phenomena. The book does this by exploring the “subterranean trends” (Sassen, 2014, p.5) that cut across familiar distinctions, such as Global North and South, and connect a diversity of issues including austerity in Europe, mass incarceration in the United States, corporate land grabs in Africa and environmental destruction globally. Sassen concludes that the common dynamic that connects these issues is one of ‘expulsion’: whereas post-war capitalism was characterised by the inclusion of people as workers and consumers, capitalism since the 1980s has been increasingly characterised by the extraction of profits and the expulsion of unwanted people and places from the economy.

Sassen’s lecture built on this argument by discussing the growing importance of finance in the global economy, comparing to it to the steam engine in terms of its epoch-making capabilities. She explored this through a focus on contemporary urban transformations, explaining how financialisation and speculative investment is dramatically reshaping our cities. Sassen argued that increasingly complex economic processes are producing simple and brutal effects, as demonstrated by the US sub-prime mortgage crisis in which millions of people were dispossessed of their homes as a result of financial innovation. She then explored how growing transnational investment in real estate is creating processes of “deurbanisation” whereby the messiness, creativity and diversity of urban life is expelled and replaced with controlled spaces and empty luxury high-rises that serve as assets to an international investor class. In the process, she warned, cities are losing their democratic quality as spaces for actors from different worlds to encounter one another and for those without power to create a neighbourhood, economy and culture for themselves.

I have found Sassen’s concept of expulsions extremely useful for thinking about the “subterranean trends” that connect my own research on urban processes of displacement and dispossession in the Global South and North. In Accra, Ghana, my research has explored how the state has attempted to remove informal street vendors and squatter settlements from the central business district with a view to creating a “modern” city that is attractive to foreign investment. Meanwhile, in post-Olympics East London my research with housing campaigners has uncovered how homeless households are being relocated outside of the city while the remaining public housing stock is being sold off to private developers. Despite being very different urban contexts, in both cases urban governments are pursuing entrepreneurial forms of development that involve the pursuit of private investment and the expulsion of people considered surplus. And in both cases, people are taking action to contest their expulsion and claim their right to remain in the city (see here for information on organising in Accra’s informal sector and here for information on London’s Focus E15 campaign).

Horner and Hulme’s argument that we should rethink the geography of development is based on the fact that inequalities between countries in the global North and South are declining while inequalities within countries are rising. This simultaneous convergence at the global scale and divergence at smaller scales demonstrates the need for development research that looks beyond the simple division of the world into North and South and explores the global proliferation of sub-national patterns of exclusion, or what Sassen in her lecture called the “multiplication of systemic edges” within national territories. The urban is one scale where this research must take place, and there is a need to identify the “subterranean trends” that connect processes of dispossession and displacement in cities in both the Global North and South. To this end, the concept of expulsions can be an important tool for thinking about 21st century global development issues that disrupt traditional geographical categories.