Football, social media and the far-reaching power of development language 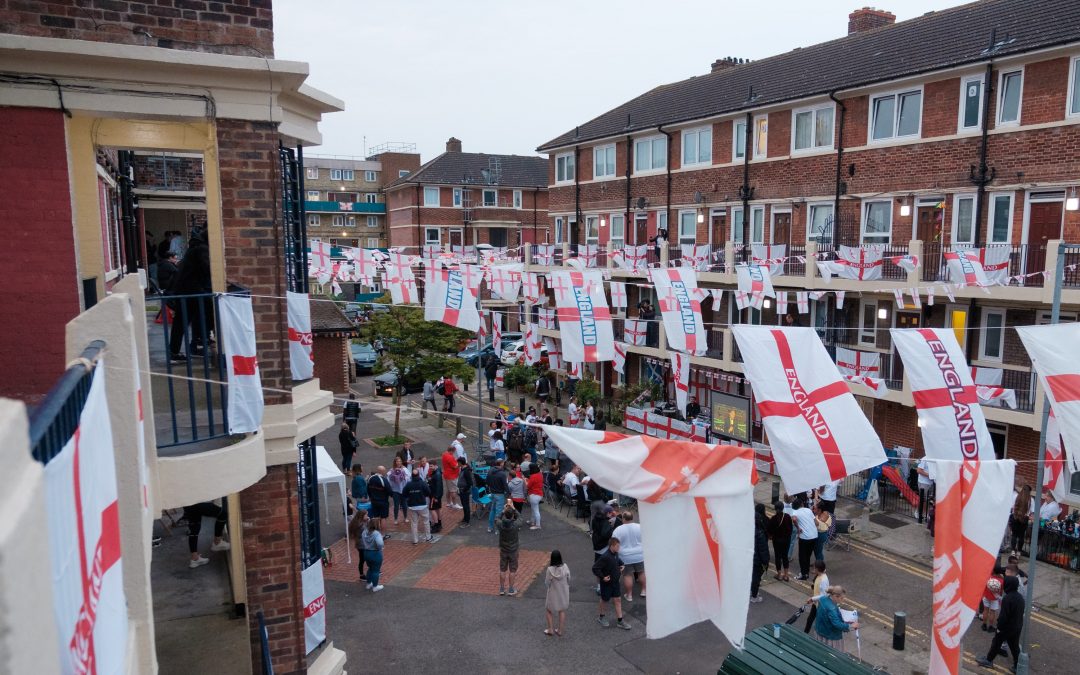 The day after the UEFA European Football Championship Final I hesitantly opened my social media apps to take stock of the aftermath of England’s loss against Italy. Two stories took prominence in the news; the online racial abuse levelled at the England players who had missed penalties, and the shocking amount of litter left on England’s streets by football fans.

The Instagram post I saw about the disrespectful treatment of England’s public space by the general public was posted by the BBC News account with 5 pictures- the first two pictures show streets covered with discarded waste, the third picture showed a crowd gathered around a man standing on a bin which has been knocked over and emptied, and the final two pictures showed 6 street cleaners cleaning up the mess. The post’s caption began with the following: “Street cleaners in London worked throughout the night to tidy the mess created in the wake of England’s Euro 2020 final against Italy…”.

Despite the post’s caption beginning with an acknowledgement of the hard work of the street cleaners, their pictures were relegated to the ‘back’ of the post. I also observed that the pictures of the football revellers depict a diverse crowd, yet all of the street cleaners shown appear to be from an ethnic minority. It occurred to me that perhaps this observation on my part was due to my academic background and interests in issues of inequality, representation and social justice, so I went to look at the comments to see if anyone had joined me in this line of thinking. I was not prepared for the first comment that caught my eye:

Why is this significant for development?

I have spent the last five years studying development, and have dedicated time to understanding the impact of the language we use in the development field. There are active debates surrounding the use of ‘buzzwords’ in development, words such as ‘participation’ and ‘empowerment’, which have been overused to the point of losing their meaning. For example, development projects often claim to ‘empower’ women, yet provide no information on what is meant by ‘empowerment’ or how it will be achieved.

Recently I have examined the fairly new binary of ‘Global South’ and ‘Global North’, which is generally accepted to have taken over from the well-known binary of ‘First World’ and ‘Third World’. The ‘Third World’ was a popular term adopted by Alfred Sauvy in 1952, and was used to refer to countries that did not fit into the ‘First World’ capitalist countries or ‘Second World’ communist countries during the Cold War, yet its use continued long after the end of the Cold War.

The use of ‘Third World’ has continued in the form of ‘Global South’, and academics have considered that this continuation signifies enduring assumptions and imaginaries associated with highly contested modernisation theory, such as the assumed superiority of the ‘modern’ First World. The ‘Global South’ also implies a geographical determinism that is not only inaccurate but also homogenises large areas of the world where there is actually great diversity.

This highlights the importance of the language we use in development: a word is never just a word. There are always unspoken, implicit assumptions and power relations attached to the terms we use, and the consequences are far-reaching, as the above Instagram comment shows. The fact that this person feels that the category of ‘Third World’ is associated with a set of behaviours that populations of ‘developed’ countries are above is a sobering reflection of international development’s colonial origins and neo-colonial tendencies.

The lack of logic within this binary way of viewing the world is betrayed by the very event they are commenting upon; the behaviour of a ‘developed’ country’s population (littering) showed that assumptions about superiority, behavioural or otherwise, are just that- assumptions. Although in development studies we have moved away from using the category of ‘Third World’ the genie cannot be put back into the bottle. The Third World/ Global South has, and always will, exist only in relation to its other, developmentally superior half, the First World/Global North.

How we can take this forward

This is not a signal to abandon development completely, as post-development theorists recommend, but to take some time to examine where and from whom the ideas we rely upon have come from, and the implications of this for their continued usage. The language academics and professionals use burrows beyond their field and into people’s worldviews. This is a lot of power to have, and it should be used responsibly and reflexively.

Find out more about our PhD programmes