In Conversation: Stefano Ponte discusses Business, Power and Sustainability in a World of Global Value Chains 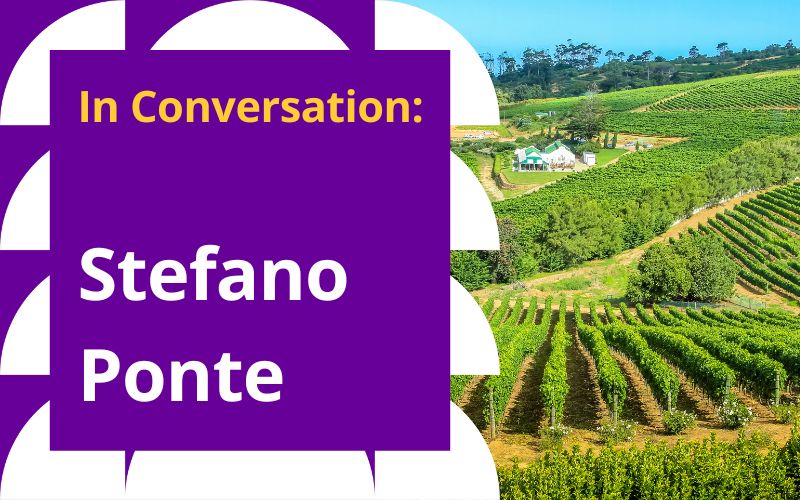 In this episode, Stefano Ponte talks to Aarti Krishnan about his research into sustainability, the wine and seafood value chains in South Africa and his recent book Business, Power and Sustainability in a World of Global Value Chains.

Dr Stefano Ponte is a Professor of International Political Economy at Copenhagen Business School. His research looks at transnational economic and environmental governance, with a focus on overlaps and tensions between private authority and public regulation. Dr Aarti Krishnan is a Hallsworth Research Fellow at the Global Development Institute

Intro Welcome to the Global Development Institute podcast based at the University of Manchester, where Europe’s largest research and teaching institute is addressing poverty and inequality. Each episode will bring you the latest thinking, insights and debates in development studies.

‪Aarti Krishnan And good morning, Stefano. Thank you very much for being with us at Manchester at the Global.

Stefano Ponte The pleasure is mine.

‪Aarti Krishnan  and we I’m very lucky, Stefano’s with after a very big conference around global value chains Stefano has had the time to come and visit us here. He is a professor of International Political Economy at the Copenhagen Business School and he’s very interested in areas around sustainability, governance, inequalities. He’s worked across countries in Asia, in Africa, and we’re very excited to have him here. So without further ado, we thought it would be nice to start the sort of key questions of why should governments and policy consider looking at the environment and issues around sustainability through a value chain perspective, especially considering the wine and seafood value chains in South Africa.

Stefano Ponte Thank you, Aarti, and thanks for inviting me. It’s a pleasure to be back in Manchester after a long time. So value chain perspective means to follow a product or a service from production all the way to consumption. And so the way in which we do this analysis is we look at the various relations of production and the interconnection of that of those processes with environmental and social sustainability from so from production to transformation and then trade and consumption and reuse or recycled or dispose of products. And of course, because most of the products that we as consumers get access to either are very complex in the sense that they have components coming from all around the world and they get assembled in one place and then shipped in another, and then perhaps they become part of the module that goes into yet another product. So if we if we only look at one particular point in the value chain in or even at the consumption level to understand what the sustainability issues were and if we were risk to miss a lot of important aspects. And so what we’re trying what we’re trying to do in looking at global value chains from a sustainability perspective, is to bring together different perspectives from different actors at different places in the value chain, and then try to understand what are the key issues built in, in, in each of these stages, but also overall. And sometimes it’s difficult, of course, to compare whether it is more important to say, you know, biodiversity in a farm, vis-a-vis how much we carbon we emitting to shipping things around the world. But as I guess the news in the last two years is that we we more clearly understand now how important it is to have a holistic view and the fact that, you know, these days you can’t buy a car because there’s a microchip missing somewhere in the world gives you a sense of why this is this is actually quite important. It is also important because at a time of geopolitical change, we we see new challenges to sustainability when we you know, two years ago or even before the Ukraine war, there seemed to be a general understanding of what needed to be done for the green transition. And that is up in the air now. If you follow the debate on on on energy and gas supplies into Europe and the counter-push now to going into I mean, in Italy, where I’m from now some of the ideas include going back to use coal. And so that gives you a sense of the complexity at hand. And I think that a value chain perspective allows you to at least structure some of that thinking along particular products and and understand what the challenges are, both social and environmental, but also economic at various points in the value chain. And I say economic because very often, especially on environmental issues, it’s very easy for consumers or media to say, well, you know, we want more environmental sustainability at the production level and then we don’t want to pay anything extra for it. And so the producers, especially smaller producers or producers in the Global South, are coming to improve their environmental performance, which has obviously an short term cost maybe in the long term there are also some efficiency gains. And in order to do that, they obviously have to squeeze their margins and sometimes they have to cut corners in other ways. And so we also need to take responsibility for the things that we want to be done better elsewhere in the value chain by also paying more for it. And I think that that’s also a big part of the work that I’ve done recently as we in this book published in 19 on business, power and sustainability in the world, the global value change that that that allows us to ask those, you know, economic viability questions for, say, farmers in the Global South and when they’re asked to improve their sustainability performance and on behalf of the guilt of consumers in the global north are feeling.

Aarti Krishnan Absolutely. And I mean, this is I want to segway from this point, because your book’s absolutely brilliant. And even the papers that you’ve written focussing specifically on things around sustainability, governance and power dynamics. And this is so important, especially now that when you said about the green how green transitions, who actually control these green transitions, who is doing the squeezing of all these smaller suppliers? So sort of based on that, through all the work that you’ve done, how do you think we can better understand these dynamics of power in these value chains, especially when we consider the issues around sustainability?

Aarti Krishnan It’s a it’s extremely interesting. And the way you also put the two cases, it’s it’s so interesting that the state played quite an important role in the seafood sector, but it still didn’t really enable a lot of equality to take place because processing is still so is probably the hub of value capture and that’s only controlled by some of the big legacy firms. While it looks like in the wine sector, it was slightly more diffused in a sense that it allowed some disadvantaged groups also to use different business models and actually participate more in the space as well. And there are different layers of complexities of value capture and creation happening across here. So what do you think like in terms of like economic or social and environmental value capture? Because there are so many sustainability initiatives, like you said, in the wine industry as well as like the Marine Stewardship Council in the seafood industry. What are the implications for value creation and capture? Like who’s really winning and losing?

Aarti Krishnan Well, thank you so much, Stefano. I mean, there are so many more questions I want to ask about things you’ve done around inequality. And also, I mean, a lot of the work on sustainability, governance. And if I would recommend anything, please go and read Stefano’s book. It’s it is absolutely eye opening. And it is also very possible to read for somebody who has not done value chains before to get an understanding of what it really means from sustainability context. But thank you so much for your time. It’s been.

Stefano Ponte Thank you for having me.