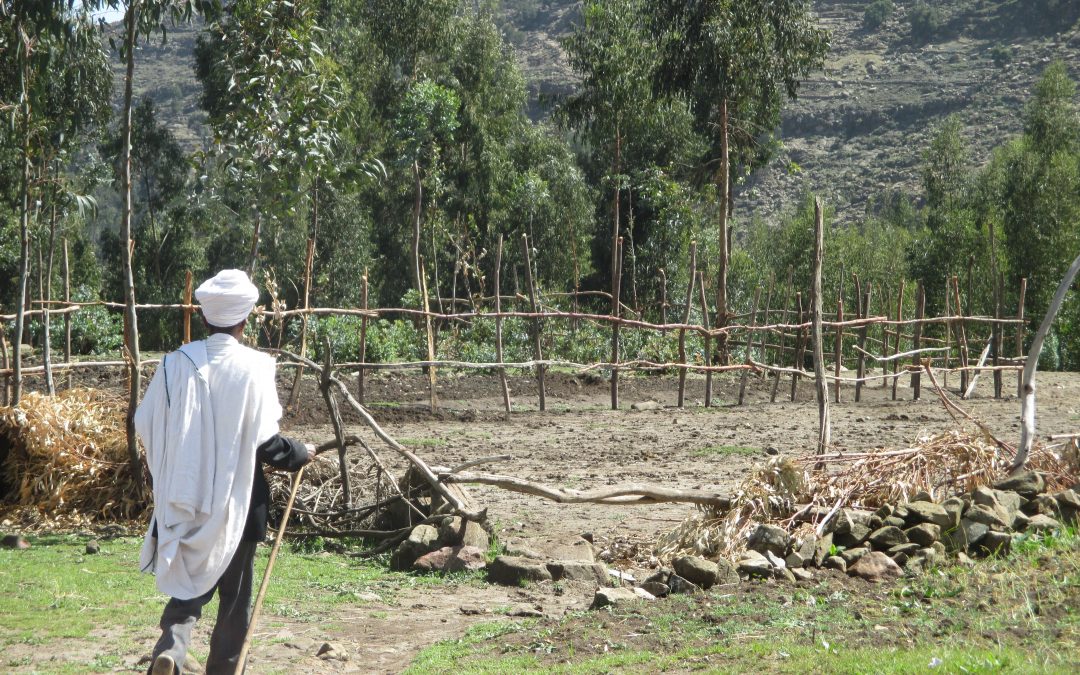 The last few years have seen large-scale conflict and major population displacements across Ethiopia, along the Oromiya-Somali border, within the contested Guji-Gedeo area, Amhara displaced from Benishangul-Gumuz, and Amhara and Tigrayans displaced from Oromiya, amongst others. These conflicts have often taken place along ‘ethnic’ lines and build on historical tensions, inequalities and grievances. They have also clearly been driven by the ongoing reconfiguration of power relations within Ethiopian politics, with mass mobilisation and conflict often a tool or byproduct of national and regional elites attempting to position themselves within the emerging political order in Ethiopia. A recent open access paper published in African Affairs argues that such conflicts reflect the ambiguity and contestation that is hard-wired into Ethiopian laws and popular discourse regarding the rights—in particular the right to land—of ethnic minorities living outside their ‘home’ region within Ethiopia’s ethnic federal system.

In principle, the Ethiopian Constitution and relevant land laws are clear that all citizens have an equal right to land anywhere in the country: (FDRE, ‘Constitution of the Federal Democratic Republic of Ethiopia (FDRE)’, Federal Negarit Gazeta, (1994), para. 40.)

‘Ethiopian peasants have right to obtain land without payment’.

While not directly concerned with land administration, Ethiopia’s system of ethnic federalism, which provides for the self-determination of ethno-linguistic groups, muddies the water somewhat—both legally and in terms of popular ideas about the equality of rights of minorities. Most clearly, ethnic regions have a right to secession, the clearest prioritisation of ethnic group rights over those of individual ‘non-indigenous’ residents. The clear implication of federalism is that each ethnic group has its own home region and, consequently, that ethnic outsiders have a weaker rights than ‘indigenous’ inhabitants.

While the legal implications of ethnic federalism are not reflected in land laws, the ideas underpinning federalism have a strong influence on popular conceptions of territory and belonging and, as shown in a historical case study of land conflict examined in this paper, have also shaped attempts to resolve a conflict that led to the displacement of an ethnic minority group. The paper examines the case of ethnic Kembata who were displaced from a village in Oromiya during the brief breakdown in state control in the early 1990s when the ruling EPRDF came to power and, in particular, the government’s attempts to resolve the conflict over subsequent decades.

The key point is that under federalism local and regional authorities are selected from and accountable to the dominant ethno-linguistic group. In such circumstances, ethnic minorities tend to be marginalised in dispute resolution and there is a common tendency—based on the ideas underpinning federalism—to associate these minorities with their ‘home’ ethnic region elsewhere in Ethiopia. This was exactly what came to pass in the case examined in the paper—proposals to resettle the Kembata to Southern Nations Nationalities and Peoples Region (SNNPR), where the Kembata originate, and the inclusion of the SNNPR administration as ‘representatives’ of the Kembata in discussions, despite the SNNPR having no legal responsibility outside its regional boundaries. The political interests of government officials within the context of federalism and popular ideas about belonging resulted in a failure to protect the land rights of the Kembata.

The last few months have seen rapid, fascinating and frequently bewildering changes, with new developments day-by-day, even hour-by-hour, apparently transforming the landscape of Ethiopian politics. It is currently something of a fool’s game attempting to make any predictions about future political developments. At the considerable risk of being caught out by fast changing events, what does seem likely though is that the current system of ethnic federalism is here to stay and, indeed, that regional autonomy seems likely to increase. The rise to prominence of the previously subordinate OPDO within the EPRDF ruling coalition seems likely to lead to greater ethno-regional autonomy, having been long constrained by tight federal control over regional administrations.

Greater regional autonomy holds considerable promise, particularly in addressing political, economic and social inequalities, particularly for groups that have long been politically marginalised within Ethiopian politics. Yet it also brings certain dangers. The status and rights of non-indigenous ethnic minorities—which exist, despite the pretensions of ethnic federalism, throughout the country—is prominent amongst these. Legal ambiguity and contested popular ideas about the rights of ethnic minorities outside their ‘home’ region leaves such groups vulnerable to ethno-nationalist populism and the narrow minded political posturing of certain regional elites. The high stakes involved are already clearly visible in the displacement and appalling suffering of hundreds of thousands of people—perhaps more than a million—displaced in the last year. And while the new Prime Minister already has a long and somewhat daunting to-do list, clarifying the rights of Ethiopian citizens and ensuring that regional leaders act on this, must surely figure prominently.

Tom Lavers will be presenting on: “The political economy of social assistance in sub-Saharan Africa: Power relations, ideas and transnational policymaking” – with Sam Hickey at 11:00-12:30 Thursday 28th June as part of Panel session 4.