‘One nation in two countries’ and anything in between: Transnational lived citizenship and the complex answers to the question ‘where do I belong?’ 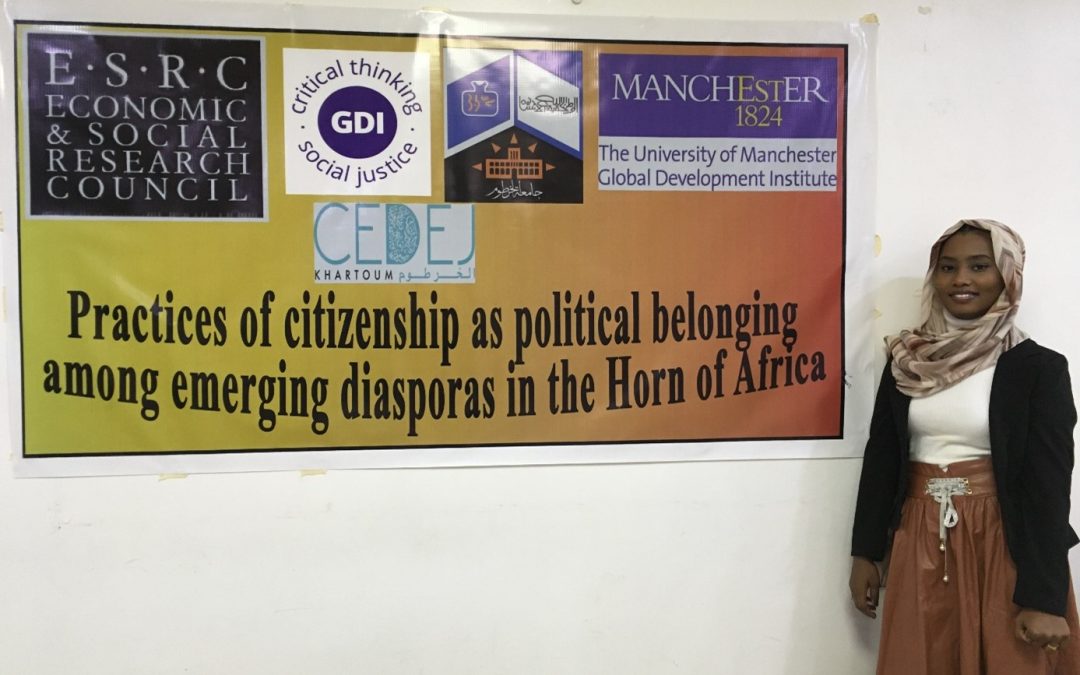 Reflections from the first emerging findings workshop of the ESRC-funded project: Transnational lived citizenship: practices of citizenship as political belonging among emerging diasporas in the Horn of Africa, held in Khartoum, 9-10 November 2022.

The Transnational Lived Citizenship project examines how diaspora populations establish different forms of political belonging orientated towards their homeland, their current place of residence, and across a wider transnational network. It is building on the idea of lived citizenship, which is concerned with how populations who may lack legal rights or status, find ways to behave as citizens in everyday lives – for example, securing access to public schools and hospitals, involvement in local (neighbourhood) politics, participating in cultural and economic activities alongside formal citizens. At the same time, for many migrant populations, these everyday acts of citizenship may also be oriented towards their country of origin or even a transnational community. To make matters more complex, in Africa’s newest nations, South Sudan and Eritrea, former citizens of Sudan and Ethiopia may now live as South-Sudanese or Eritrean refugees/migrants in Sudan and Ethiopia, respectively. In our project we compare diaspora from Ethiopian and Eritrea in the cities of Khartoum, Addis Ababa and Nairobi.

In Khartoum, our research has focused on the lives of Eritreans and Ethiopians living in the city, often for most of their lives, and some were even born here. One workshop participant, an Ethiopian born to refugee parents in Sudan, whose refugee identity card states Ethiopian, asks himself that very question in the title quite often: where do I belong? Being born in Khartoum, eating Sudanese food, speaking Arabic most of the day – but still not ‘like them’, by which he refers to the people of Sudan. While this conundrum might be slightly easier for South Sudanese with a refugee ID, it is the very term to be regarded as refugees that they contest and object to, as a parallel project led by Prof Mohamed Bakhit from Khartoum University demonstrates. This rejection of refugee status is captured in the second quote in the title, ‘one nation in two countries’. It is what drives, according to representatives of the Sudanese Commission for Refugees (COR) at the workshop, South Sudanese in Khartoum to at least secure Sudanese passports for their children, which may mean marrying a Sudanese citizen – marriage as a strategy to overcome a status regarded as objectionable. 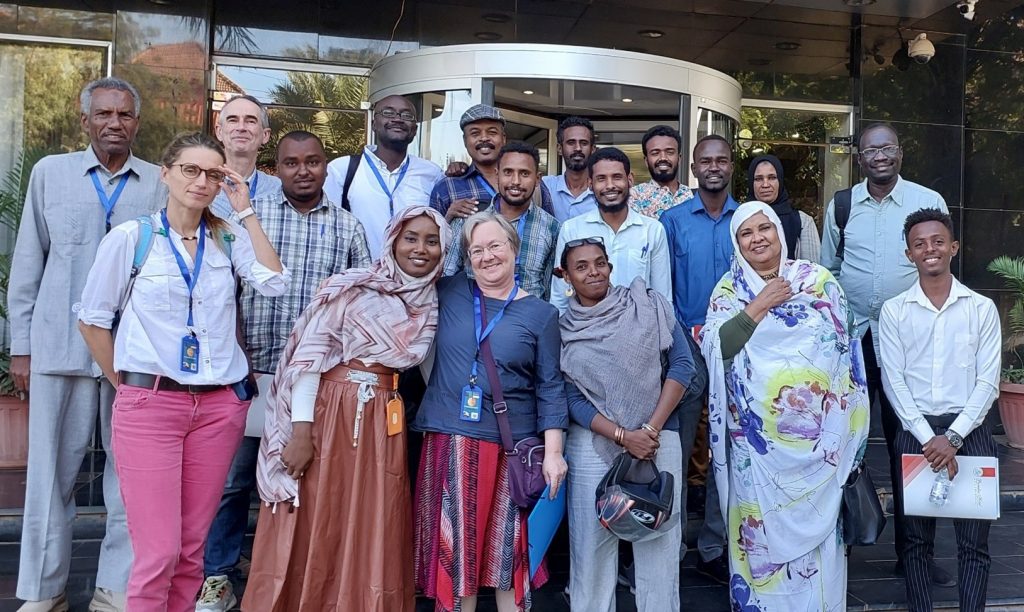 In our project, through interviews with Eritrean and Ethiopian refugees/migrants across the city, we have identified some of the different ways both populations practice lived citizenship in this city in which they have limited formal rights. This body of emerging work has highlighted the complex dynamics of lived citizenship and belonging, and how it interacts with changing political environments, locally, regionally and globally. It has also highlighted the importance of focusing on local dynamics when investigating transnational lives, as well as one key fact: status is an important factor that supports or undermines life in, and belonging to, the city.

With the city as the local space at the centre of our work, specific dynamics come to the fore. Dynamics that are different in rural areas and the borderlands between Sudan and its neighbours, where belonging is more fluid and less easily demarcated in terms of nationalities, ethnicities and other markers. More generally, the question arises of how processes of identification are tied to nationalities, and if this focus on national markers is not an imposition of European discourse.

When talking to Sami, the labels of Ethiopian and Sudanese certainly are important, and complex forms of belonging emerge from interrogating those labels in his own question about belonging. At the same time, from our interview data as well as what we hear about South Sudanese in the city of Khartoum, an important part of their everyday lives is claiming a form of right to the city, and ultimately claiming to be recognised as being part of the state. To make matters more complicated, for Eritreans and Ethiopians the national markers of an already complex identity, made more contentious with the current faultlines of conflict in Ethiopia that also involve Eritrea, is one thing. The other is to belong to the Habesha, a common term for Eritrean and Ethiopian population groups from the Abyssinian highland that transcends national markers.

Lived citizenship in these conditions here is only partly a way to contest exclusion and resist, it is equally a means to make sense of one’s own life in the city, and the possibilities that may come with it. It also is, perhaps surprisingly, sometimes used by those in power as a fluid category that may confer certain rights for political or economic reasons, not only the more widely discussed and more prevalent dynamics of exclusion.

The project is lead by Prof Tanja Müller (PI) with Oliver Bakewell (Co-I). The partner in Khartoum is Prof Mohamed Bakhit, Department of Anthropology, University of Khartoum and CEDEJ Khartoum (French Centre for Economic, Legal and Social Studies in Sudan), and the workshop co-ordinator was Ms Khadeeja Salih, BA.