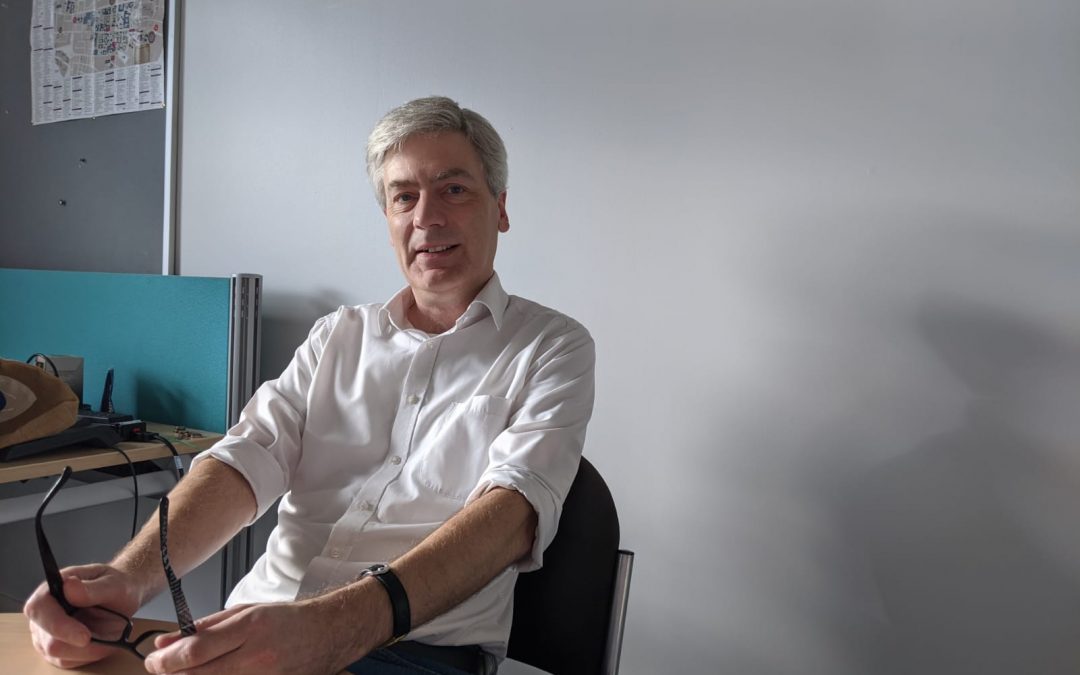 Professor David Fielding joined the Global Development Institute earlier this year. We caught up with him about his research interests.

What did you do before coming to Manchester?

For the last 15 years, I’ve been at the University of Otago in New Zealand as part of the Department of Economics. I had a great time in New Zealand, but I decided it was time for a change. Academically, that means moving into a more interdisciplinary environment, which was the main attraction of coming to Manchester.

How are you finding GDI?

It’s great – there is so much happening here! There are lots of different opportunities and plenty of people interested in interdisciplinary work, so my main challenge is not to get stretched too thinly! I hadn’t realised that many of the academics here who are not economists, actually have a solid of economics background. That said, I think there’s more to be done to really bring together development economics with the other disciplines.

What is the focus of your research?

I’m horribly broad! My earliest research actually had a very macro economic focus, around questions to do with international policy coordination and how individual resource poor countries work together. A lot of my early focus was on French speaking West Africa, which, because of its colonial history, has quite different institutions which bring those countries closer together than the former British colonies. This generated a whole string of research which relates to finance and development.

But as I’ve got older, I realized that this isn’t the only lens through which we should be looking at those coordination questions. Coordination between the governments of nation states is important, but those aren’t the only units of aggregation that are important to policy outcomes, especially in Africa.

Ethnicity is particularly salient because a lot of African states do not have a very logical aggregation of culturally similar people, due to colonial institutions that people are still living with. Identification with a particular cultural or ethnic group or religion is still very salient to people in many parts of Africa and impacts on their lives in lots of different ways.

In the last 25 years, there’s been interest in those questions, especially in macro economics, exemplified Africa’s Growth Tragedy by Easterly. Much of the literature focuses on the extra costs that diversity brings to countries because it can create cultural divisions.

However, there’s also a lot of work on ethnic diversity, which suggests that bringing people from different groups together can create positive outcomes. In the right circumstances, ethnic and cultural diversity can make people can make the community stronger.

Quite a lot of what I’ve been doing recently is trying to create a bridge between that literature outside of economics and the literature within economics. I’m trying to marry economic models with insights from other social science disciplines. It also involves taking more seriously the different ways that we capture cultural identity and ethnicity, which economics has done in a very clunky way. Economists really haven’t taken enough interest in how they measure things. It is one thing I think we can learn from some other social sciences, which take measurement much more seriously.

I’ve been looking at ethnic diversity and social and economic outcomes at the village level in Ethiopia and Senegal. It seems that in some ways ethnically diverse communities are open to new ways of doing things, in ways that homogeneous communities are not. For example, there are places in West Africa where ethnically diverse small towns and villages have better business connections and show more evidence of business innovation. But I’ve been looking at a different dimension of openness, particularly women’s empowerment and it seems that there’s some association between levels of empowerment and diversity.

If you look at the World Values Survey for Ethiopia, there are significant differences across ethnic groups about the perceived role of women, with less opposition to empowerment in some than in others. The people living in culturally diverse places have a more positive view of women’s empowerment.

The other interesting thing is that there is there are socially conservative cultural norms that do not work in women’s favour – but it’s not the same norm in each culture. So, for example, there are some groups within the Ethiopia that have quite positive attitudes to women’s education and role in the workforce, but there’s still a high incidence of FGM. In other groups it’s the the reverse. It seems to be that when you bring the groups together, on average, there’s a positive effect. There’s more support for women to enter the labour force and more challenging of FGM.

Women’s empowerment is associated with significantly better child health and education outcomes for a given level of prosperity, and that’s associated with cultural diversity. So in terms of policy the implication would be that if you have a culturally diverse country, you should try and make sure people don’t separate. You really want to try and mitigate anything which causes people to migrate to areas where everybody’s from the same cultural group.

Read more of David’s research on these issues: