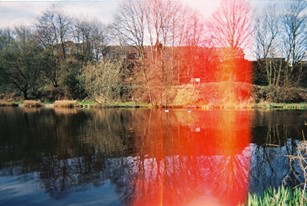 Dr Josephine Biglin explores a recent workshop on ‘Researching the everyday of transnational citizenship: Arts-based participatory methodologies and feminist ethics of care.’ The workshop ran from 16-20th May 2022 in Tel Aviv, Israel.

Transnational lived citizenship is a valuable framework to explore how precarious migrant lives transform and are transformed by the urban settings in which they reside, whilst and through, maintaining translation linkages. However, academic researchers working with populations whose language, culture and experiences we do not always share is a complex ethical process. It is necessary to consider our position in the representation of participants’ voices and stories, especially when working with groups that are marginalised, socially excluded and potentially vulnerable. The social sciences have developed many ways to do this, for example, writing a reflexivity section. Other significant ways to do this is to carry out research using participatory methods and to frame our research with a feminist ethics of care.

Feminist ethics of care approaches ethics from an alternative perspective to traditional virtue ethics. Virtue ethics centres morality around reason, law and justice. Based on what are largely considered to be masculine characteristics, virtue ethics separates thought from emotion; mind from body and self from others. Alternatively, ethics of care places characteristics such as care, responsibility and empathy at the centre of the research process and unites the self with others; emotion and thought and the mind and body. Carol Gilligan, a prominent scholar in this area, argues that a feminist ethics of care means attempting to do research that resists domination and hierarchies of control; values voice, and the perspective that everyone has a voice that deserves to be heard with integrity and responded too with respect; involves self-reflection and ensuring that the way researchers communicate does not cause harm. Framing our research with this perspective is one-way academics can address the issues of power and representation. However, the question still remains: how do we do this in practice? This can be done by using a participatory method. 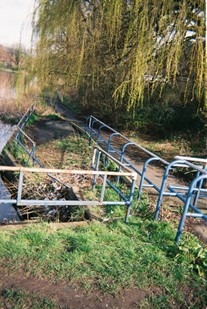 I worked with a group of people who were either currently seeking asylum or had a refugee background in Manchester, UK. Participants used photography to explore their experiences of place, belonging and citizenship, and we analysed the photographs as a group. A number of themes emerged from the photographs relating to participants’ experiences, for example, racism and the role of different places within the city in improving personal wellbeing. But these methods are more than just a way to produce data. The key was how the use of a participatory methodology meant that participants were active in producing their own forms of representation, often presenting narratives contra to the assumptions made by exclusionary government and media narratives of immigration and asylum. Take, for example, participants’ representation of belonging and ‘home’ as multiple, complex and transnational, existing on various levels in relation to one another, rather than as a fixed site, as is often constructed in government responses and discourses that prioritise certain forms of belonging and view ‘authentic’ belonging to a certain territory through racial, ethnic and cultural categories. Participants’ narratives of belonging were far from this.

It has been pointed out by scholars such as Maggie O’Neill that academics of asylum have a tendency to seek out the most horrific stories of suffering and, in doing so, silence these people as agentic critical subjects. This is where hearing with integrity really comes in – this involves not constructing the narrative how we expect to find it but listening and observing the way in which participants actually want to represent their experiences. If I had not used these methods, I fear I would have solely sought out stories of suffering. But, the use of these methods meant, yes, participants did highlight the multiple and complex ways in which narratives and configurations of race, migration, belonging and citizenship, play out in the lives of asylum seeker populations and those constructed as the Other. However, this was not the only way in which they wished to represent their experiences; prominent were experiences and narratives of belonging, agency, community, self-determination and joy.

Discussing this at the workshop allowed students to understand these methodologies, their importance and place in migration research and the links between theory and method. The conversation was fruitful, and many of the students were currently working with NGOs and other organisations with migrants in varying precarious positions. Some of the students shared that they had been grappling with the issues of power and representation already, and the workshop gave them a way to channel these thoughts into practical and meaningful approaches to their research.

Photographs of residential area by Fahad under the theme of belonging.

This is the 1st blog in a series of blogs related to the University of Manchester-University of Tel Aviv partnership project: Inscribing mobile lives into the urban peripheries of global displacement, led by Prof Adriana Kemp and Prof Tanja R. Müller. The series is based on a visit by the Manchester team to Tel Aviv and Haifa in May 2022.