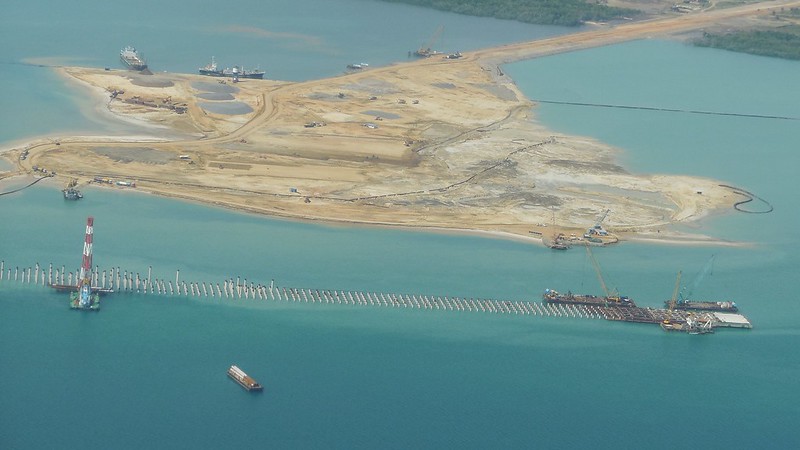 Dr Seth Schindler and his co-author Dr J. Miguel Kanai (The University of Sheffield) have been awarded Best Paper for their work on infrastructure-led development.

Each year The Regional Studies Association announce a Best Paper from each of their journals, published during the previous year.  For 2022, the journal Regional Studies awarded this to Seth and Miguel’s paper “Getting the territory right: Infrastructure-led development and the re-emergence of spatial planning strategies”.

Read the full paper here or Seth and Miguel’s recent article based on the research below.

How mega infrastructure projects in Africa, Asia and Latin America are reshaping development

The scramble to build infrastructure across Africa, Asia and Latin America is reconfiguring the economic geography of countries and regions. As we argue in our recent research, these initiatives enhance the connection between territories so that strategic industries and resources are easily plugged into global networks of production and trade.

But large infrastructure projects come at a significant economic cost and may not foster long-term economic growth and industrialisation. Their unintended social and environmental consequences can also be devastating.

Leaders with diverse political ideologies are embracing investment in infrastructure as a strategy for unlocking growth potential. According to Forbes the legacy of Philippines strongman president Rodrigo Duterte may be a “golden age of infrastructure” whose slogan is “Build, Build, Build!”

Such plans resurrect strategies that were exported to Latin America, Africa and Asia in the second half of the 20th century. These strategies included development corridors, new towns such as Brasilia and Chandigarh, and comprehensive river basin schemes modelled on the Tennessee Valley Authority. The primary objective in the 20th century was to foster integration within countries and reduce regional inequality by investing in poor areas. However, today’s infrastructure-led development is geared towards attracting foreign investment and fostering export-oriented industrialisation.

In the 1980s, the World Bank, International Monetary Fund and the US Treasury – known collectively as the “Washington Consensus” – imposed a strict set of reforms on low- and middle-income countries. Countries were forced to discontinue planning strategies designed to reduce regional inequality. The objective of these neoliberal reforms was to “get the prices right” and allow market forces to determine the geographical distribution of goods, services and productive activities.

A series of economic crises in the Global South ensued, from Latin America and Sub-Saharan Africa in the 1980s to East Asia and Russia in the 1990s. In response, the World Bank and the IMF introduced reforms meant to create institutions that could support markets in the 1990s.

These reforms enhanced transparency and strengthened private property rights, and they were designed to reduce the cost of doing business. The World Bank’s imperative to “get the institutions right” culminated in the 2002 World Development Report which outlined the so-called “good governance agenda.”

Neoliberalism’s proponents hoped that by implementing painful reforms, countries would attract foreign direct investment and ultimately move up global value chains. In practice, restructuring had the opposite effect in many places. Industry was offshored from rich nations, but as the economist Richard Baldwin has shown, it agglomerated in a very small number of countries. Meanwhile, other countries in the Global South were forced to liberalise their markets, which exposed their domestic industry to highly productive global value chains and resulted in deindustrialisation.

The 2008 financial crisis served as an opportunity to redefine the role of the state. Under the leadership of chief economist Justin Yifu Lin, the World Bank changed course and asserted that governments shouldn’t abandon economic geography to the whims of markets.

After a hiatus of nearly three decades in which development policy didn’t focus on geography, the World Bank embraced planning as a way to correct the failures of markets and governance institutions. It argued that the absence from earlier rounds of neoliberal reform of deliberate plans to integrate countries with global markets was the missing ingredient that inhibited their success.

The overarching imperative of current development policy is to “get the territory right”, and infrastructure-led development has superseded economic policies characterised by minimal government intervention and the good governance agenda. Integrating countries’ economies with global value chains is the focus of the World Bank’s most recent World Development Report.

Yet it remains to be seen if infrastructure-led development will offset the geographical disadvantages of places, such as Tanzania and Ethiopia, that have historically struggled to attract investment and integrate with global value chains.

Integration with the global economy won’t automatically translate into local prosperity and social well-being. Overinvestment in hastily built infrastructure poses significant risks. The IMF recently sounded alarm bells over Tanzania’s infrastructure spending spree, while the collapse of dams in Laos and Brazil demonstrate that the social and environmental impacts of large-scale infrastructure projects can be devastating.

While the jury is still out on the social, economic and environmental implications of infrastructure-led development, it looks set to reshape the Global South. It’s vital to continue to track its impacts and unintended consequences.

This article is republished from The Conversation under a Creative Commons license. Read the original article.