What’s the current focus of your research? 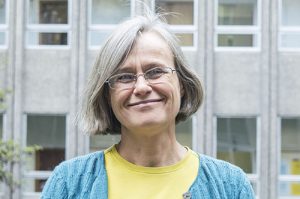 My research focuses on the priorities of low income households in urban areas, looking at what’s happening and how things can be improved. I’m pretty obsessive about maintaining this focus so it doesn’t really change.

In terms of urban development, I don’t really look at what a city development strategy might look like from the perspective of the local government or businesses. It’s much more about how low income households and communities navigate development processes and power.  In practical terms I tend to look at issues of tenancy, housing and the provision of basic services such as water and sanitation.

What research projects are you most proud of being involved with?

It’s a difficult question as I think most knowledge moves around getting tested out by other academics and professions. I think is really hard to attribute any specific changes to anything I have written. It’s only when you look back at it later that the broader impacts tend to be more visible.

Having said that, there was a paper I wrote in 2008 on co-production in development. This was then used by Shack/Slum Dwellers International, a network I work closely with, to help re-conceptualise the work and approach they were taking.

I’ve also done work around the upgrading of informal settlements and the approaches that social movements have used to advance grassroots development. The Bill and Melinda Gates Foundation subsequently came in with almost US$30 million of funding, to support the approaches and initiatives I’d been writing about and involved with.

What excites you most about the Global Development Institute?

The teaching and research that’s done within the Institute is both significant and influential. I think that we can shape the way that academics think through how development can best contribute towards a world that is more prosperous and just.

The Global Development Institute has been set up with a very clear direction – to addresses global inequalities in order to promote a socially-just world in which all people, including future generations, are able to enjoy a decent life.  Collectively, we have a real opportunity to think through how to realise that ambition and make a positive contribution.

Within the Institute, we recognise that the world is rapidly changing. The barriers and differences between the Global North and Global South are breaking down. We need to understand how a bunch of academics sitting in Manchester can add value to development processes. This will involve more collaboration with existing communities, researchers and knowledge generators that we work around the world and will require additional collaborations to be established. It will be a hugely intellectually stimulating, but challenging task.

What are the main challenges facing the development sector at present?

To be frank – what’s not a challenge? It’s abundantly clear that our macroeconomic models are struggling to respond to the tests they are facing in the Global North, before you get anyway near applying them to the Global South. We don’t have a good grasp on how you maintain growth, let alone how to make it equitable.

The environmental challenges we’re facing are enormous. Do we have the right tools to achieve the ambitious targets the world has set itself? How do we adapt and mitigate against the effects of climate change in a way that’s pro poor?

There are a plethora of development programmes and interventions, many of which simply don’t work. Some programmes end up institutionalising disadvantage rather than addressing it.  There’s a huge job to make sure that government and agency projects respond and align to the existing priorities of the people they’re trying to help.

What’s the one thing you always pack for fieldwork?

A pair of running shoes. On the last fieldwork trip I did with GDI students in Uganda, we even managed to form an impromptu running club, roping in some of our Ugandan hosts!