Last Thursday we had the visit of Secretary of State for International Development, Justine Greening, founding member and panellist of the UN Secretary General’s High Level Panel on Women’s 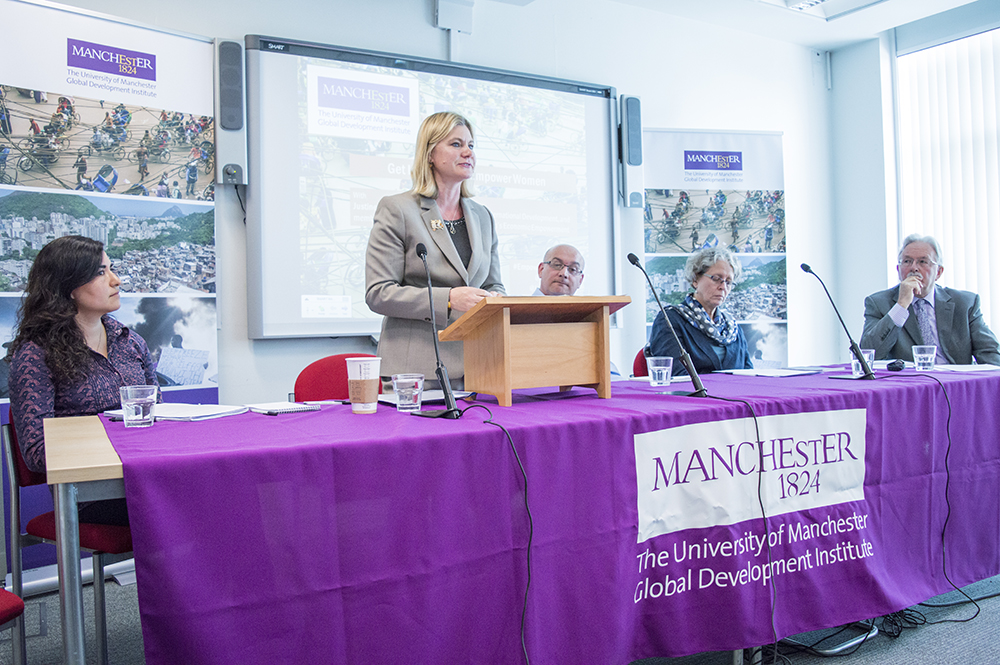 Economic Empowerment. She came to The University of Manchester to hear the ideas of students, academics, and local NGOs on women’s economic empowerment, before the next panel meeting in July.

I am very grateful to have had the opportunity to represent Manchester students in the discussion organised by the Global Development Institute. It was a great challenge to prepare my speech, I spoke with several friends and colleagues about it, as I felt that should include not only my ideas, but also represent the voice of the students and reflect our critical view of women’s economic empowerment.

After highlighting some of the barriers that we have to overcome to be treated as equals in everyday life and in our professional life, I wanted to use one feature of my research topic to connect it with the idea used by the UN panel and Greening; that women, business and economies will benefit from our inclusion in the economic life.

My research is on inequality of opportunity, particularly analysing how to measure it. These methods include gender as a circumstance that one face. We did not choose to be born man or woman, and so our outcomes (like income, education, and so on) should not be different just because we are women. The idea of equalising opportunities is very appealing to policy makers as no one could be against equal opportunities among people! But the model used to measure inequality of opportunity in the labour market is not easy to interpret. For instance in Chile inequality of opportunity in the labour market was 19% for men, and 17% for women in 2013, these figures might be read as women having more opportunities than men which is not true. In reality total income inequality is much higher for women than men. Women have lower salaries and also our ceiling is lower. Thus, my thesis highlights how these measurements can be tricky and reinforce wrong ideas about the way that opportunities are distributed.

When I read the documents of the UN panel and the interviews that Justine Greening has given on the issue, and saw its core idea that empowerment is not only the ‘right’ thing to do but the ‘smart’ thing to do, since business and the economy will benefit from that, I thought that this idea is also very tricky.

In 1869 John Stuart Mill used similar arguments to advocate for woman rights, he argued that the whole society would benefit from more educated women who enter into the labour market, including their husbands because children would be raised better by smarter mothers. Undoubtedly 150 years ago men needed this sort of arguments to be convinced that women’s education and rights were worth it. So I see how catchy this slogan can be, and that could be very useful to convince men that they need more women in the economy. But I do not think this is the way that we need to be included if we really want to achieve women’s empowerment. We want to be included in economic life, and in every aspect of life equally because it is fair, it is a matter of justice not utilitarian efficiency. We deserve the same rights and opportunities not because we are useful to society, or to improve the economy. That utilitarian approach will be reinforcing the idea that we are not in the same position as men. 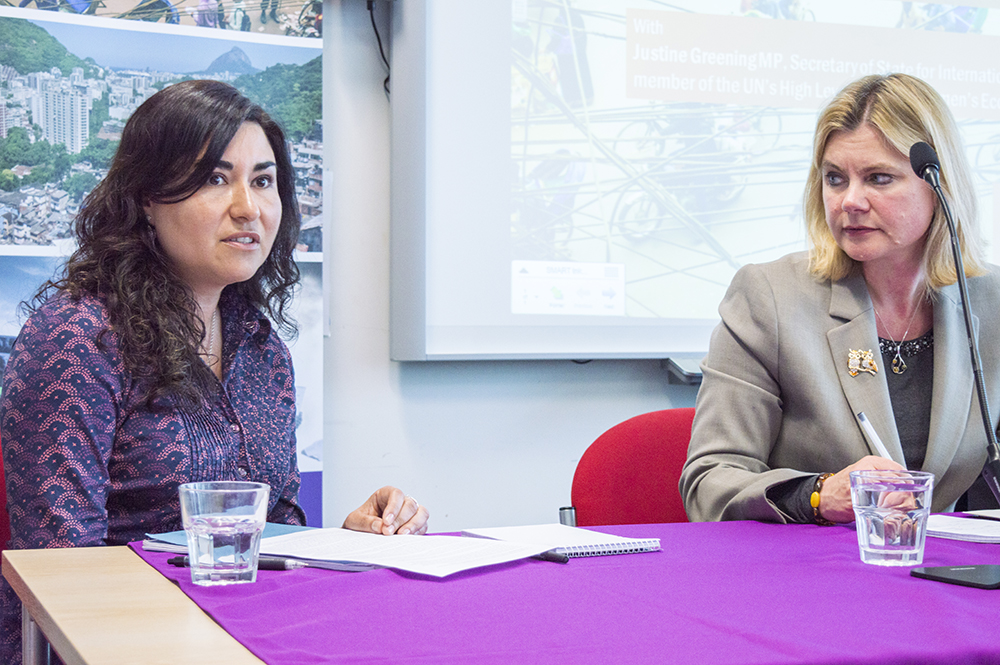 I am convinced that in order to achieve equal opportunity between men and women we need to not only focus on big policies like gender quotas, and equal salaries for the same job, but also give attention to those things that most of the time we do not even notice because they are too “natural” for us, like how we are treated in everyday life.

Real equality of opportunity is achieved when men and women, rich or poor, can freely choose the life they want to live and have the resources to do so. But if we have to change our behaviour from a young age to be accepted and rewarded, we will never be able to develop our full potential.  Valerie Walkerdine, and Header Mendik’s research have shown that in the UK until primary education girls have the same results as boys, but at secondary school girls do worse in mathematics, in order to be valued and accepted by their teachers and male classmates.

To achieve our goal of women’s empowerment we will need the support of smart people like John Stuart Mill was at his time, and also we need to increase our awareness as women and make visible these facts in order to actively advocate action for women’s economic empowerment.

After the talk Greening asked the audience for their ideas about the barriers and what different actors (business, government, civil society, academia, etc.) can do to make a difference. People who didn’t get a chance to speak also had the opportunity to write down their suggestions. I transcribed these suggestions and sent them to the Secretary of State, who was very keen to use them in the next panel meeting in July, and we hope she will.

Once again I am thankful for have been part of this. Finally I would like to say that we as students and young researchers have an important role to play giving momentum to a broader gender equality agenda.