The New Geography of Deindustrialisation and the Rise of the Right 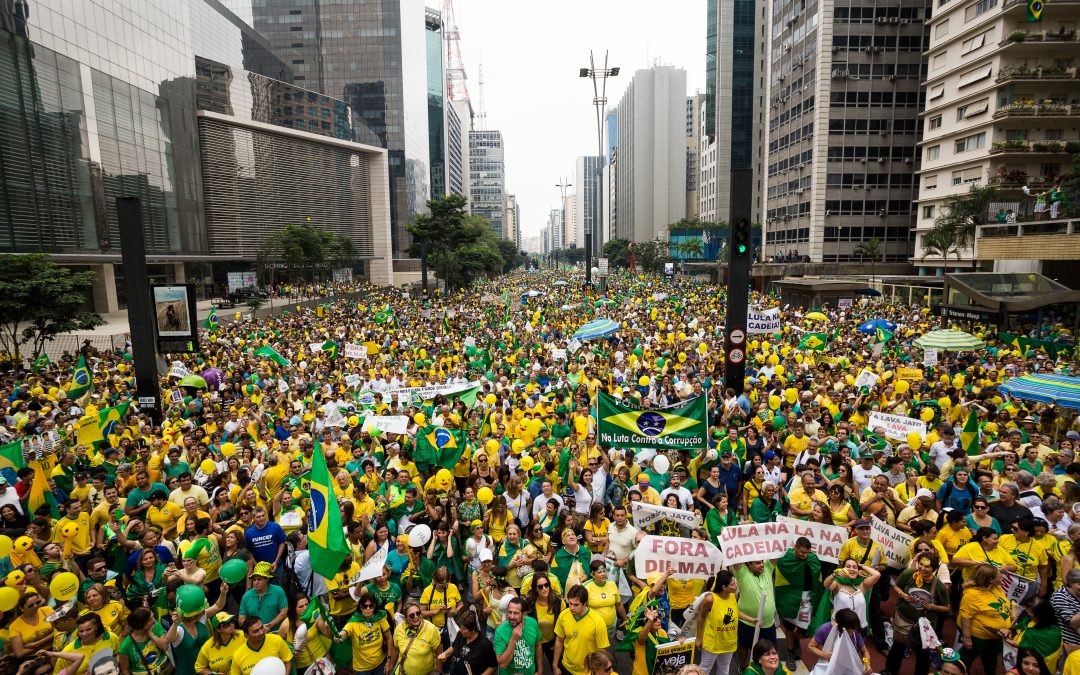 Donald Trump seems intent on starting a global trade war. His recent imposition of tariffs on steel and aluminium is consistent with his rambling inaugural address about “American carnage.” Trump’s narrative of industrial decline is informed by the common sense notion that developing countries have experienced economic growth at the expense of American jobs and industry. This narrative has been deeply rooted in American politics, popular media and scholarship since the late-1970s. Furthermore, it fuels populist politics in European countries that have also witnessed declining manufacturing employment such as the UK, France and Italy. The problem with this narrative is that it ignores the simple fact that deindustrialization in Latin America and Sub-Sharan Africa has been more severe than it has been in the U.S. and Europe.

Deindustrialisation in developing countries differs in important ways from the pattern observed in the OECD. Dani Rodrik refers to it as “premature” because it takes place prior to an increase in productivity in the service sector and/or wage increases. Rather than an endogenous evolution of the economy from manufacturing to services, premature deindustrialisation represents stalled development. It is largely driven by external shocks and events that local policy makers are ill-equipped to address.

Structural adjustment policies imposed by international financial institutions forced developing countries to liberalise their markets, and manufacturers in Latin America and Sub-Saharan Africa have struggled to compete in a liberalised global marketplace. To understand why, it is necessary to come to terms with the geography of offshoring and the establishment of durable global value chains in the 1990s. Although the OECD offshored a significant amount of manufacturing from 1990-2010, it concentrated in a handful of countries and “only six developing nations…saw their share of world manufacturing rise by more than three-tenths of one percentage point since 1990.” Multinational corporations relocated production facilities to these developing countries due to the availability of cheap labour and their business-friendly regulatory regimes.

Economists have taken note of the impacts of the rapid shift in the global geography of production, and most notably, the dramatic expansion of China’s industrial output. In the United States the impact of Chinese imports has unfolded unevenly, but regions whose industrial specialisation is in direct competition with Chinese imports have unsurprisingly registered increased unemployment. David Autor and colleagues refer to this as the “China shock,” yet their research is limited to the United States where production tends to be of the high-tech/high-wage variety. As noted above, deindustrialisation has been even more severe in Latin America and Sub-Saharan Africa whose domestic industries are no match for the global value chains that combined OECD technology and know-how with cheap labour in East Asia.

Trade data allows us to infer the impacts of East Asia’s rapid incorporation into global value chains on these regions. A 2015 report from UNCTAD shows that trade among developing countries increased ~15% annually from 1990-2010, and by 2010 more than 80% of trade between developing countries originated in East Asia. Although manufacturing remains an important avenue of development, manufacturers in many countries cannot integrate with, or compete against, global value chains. And unlike the pattern observed in the U.S. and Europe, deindustrialisation in developing countries has not been accompanied by growth in the service sector.

To take one example, Brazil has experienced significant deindustrialisation as its economy has undergone a process of “primarization.” Its trade deficit with China has grown dramatically in the 21st century, and importantly, its exports to China are denominated by an increasingly large share of primary products. This is significant because cities with a significant amount of manufacturing – or “production cities” – tend to exhibit higher levels of social welfare and less inequality than cities whose economy is based on resource extraction. Thus, in addition to increased unemployment, deindustrialisation and the primarisation of the Brazilian economy may presage a crisis of social welfare in its cities.

Brazil is certainly in crisis. Democratically elected President Dilma Rousseff was impeached in 2016 after an opaque legal process. Former President Luiz Inácio Lula da Silva, known popularly as Lula, was imprisoned after a dubious trial that made a mockery of due process. Rather than a backlash by people who “don’t matter,” Rousseff’s impeachment and Lula’s imprisonment represent a revolt by Brazil’s well-entrenched elites. Their primary grievance was the meaningful incorporation of historically marginalised populations and places into the national social fabric, which was the driving force behind the popularity of the Workers’ Party. The question now is whether a progressive populist politics can reinstall a government with a redistributive agenda, or if Brazil’s elite revolt will culminate in the election of Jair Bolsonaro who dreams of re-establishing a version of Brazil’s military dictatorship.

Other developing countries that are experiencing deindustrialisation can learn from events in Brazil. In order to halt the spread of right-wing populism in the medium term, social welfare programs must be strengthened in localised labour markets that have experienced significant declines in manufacturing employment. These should be bold enough that their dismantling by a successive government would provoke a political backlash from the street. The task is much more difficult in the long term, because countries will likely have to establish development models that deliver equitable growth without a significant increase in manufacturing output.