What’s so special about contemporary megaprojects? 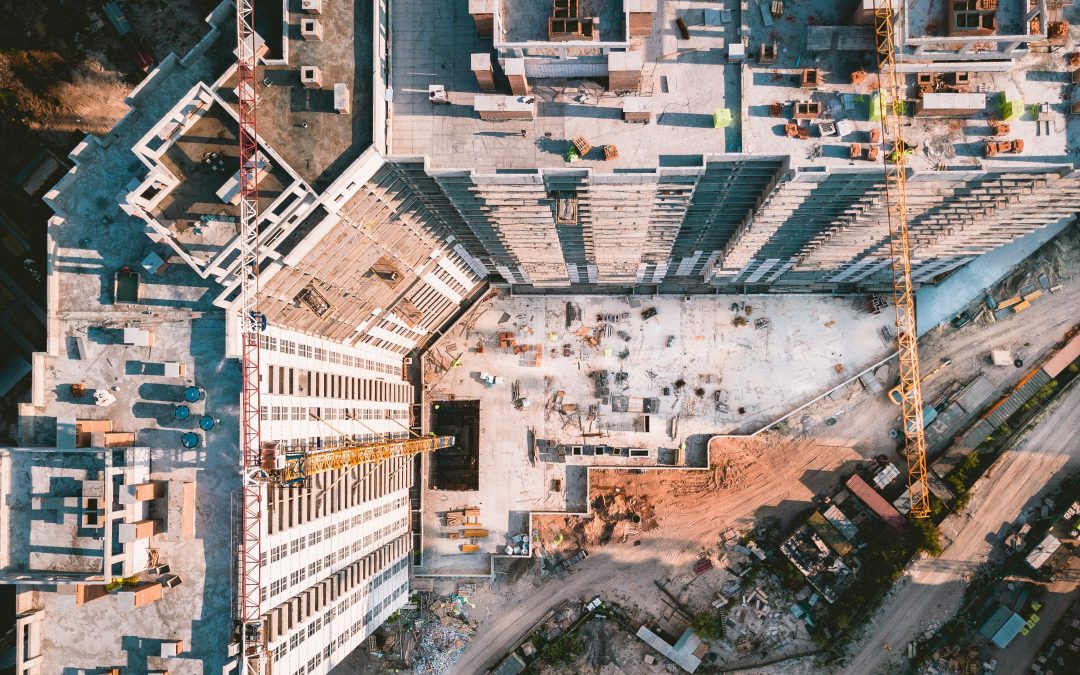 We live in an age of megaprojects whose unrivalled ambition and scope would make even the most committed mid-20th century modernization theorist blush. In 2013 Chinese President Xi Jinping launched the Belt and Road Initiative (BRI), the most ambitious infrastructure megaproject in history, which aims to dramatically expand China’s influence in global production and trade networks.

Not to be outdone in an era of great power tension and rivalry, the EU responded by launching its own connectivity strategy to rival the BRI, Japan competes with China in the mega-project sector in a host of countries and Donald Trump’s administration embraced a ‘whole-of-government’ approach to the ‘China Challenge.’ Joe Biden has doubled down on a policy towards China that combines competition with confrontation, and at the G7 meeting in 2021 he announced the Build Back Better World initiative.

With the proliferation of ambitious and competing transnational megaprojects geared towards addressing the so-called ‘infrastructure gap,’ it is easy to miss the fact that the nature of megaprojects has undergone a profound shift in recent decades. This shift is the subject of our recent edited volume.

What is a megaproject?

Megaprojects are typically understood as discrete activities undertaken by an organized entity for a limited period of time. These were defining characteristics of megaprojects throughout the modern era, yet contemporary megaprojects are often decentralized and pursued by a range of stakeholders who leverage cutting-edge technology to ‘see’ complex systems as legible and singular phenomena. Centralized organizational structures in the mid-20th century imposed limits on what could be envisioned and undertaken, and the objectives of planners were commonly undermined by their inability to exercise power on the ground, and/or fiscal and political constraints imposed by central government authorities. With the neoliberal turn in the 1980s, planners were further disempowered, and in many countries, the envisioning of megaprojects was limited to those that could at least be partially funded by the private sector.

Contemporary megaprojects are often envisioned or encouraged by states whose assertiveness has been reaffirmed, but a host of non-state actors play an integral role in their realization. Furthermore, 21st-century megaprojects are increasingly non-material, in the sense that they are not manifest in brick and mortar. Instead, they are epistemologically oriented and enabled by advancements in computing technology that allows for mega-phenomena to ostensibly be known as singular, manageable entities. The mapping of the human genome or the ocean floor, for example, are megaprojects underpinned by extensive infrastructure, but the objectives are to know something rather than construct a material object.

We proposed the framework below in the introduction of this volume. It plots megaprojects along two axes, one focused on their organizational structure (i.e. centralized vs. decentralized), and another that calls attention to their material nature (i.e. more imagined, less material vs. less imagined, more material). Historically, megaprojects would have been clustered in the bottom left quadrant, in the sense that they were rather centralized initiatives whose purpose was to construct material infrastructure. Increasingly, however, megaprojects are decentralized endeavours and many are less material in their ambitions. In conjunction with the application of new technology, their decentralized organizational structure allows for (1) megaprojects of unprecedented scale and scope to be envisioned and undertaken, and (2) entirely new ways of “seeing” territory and populations. 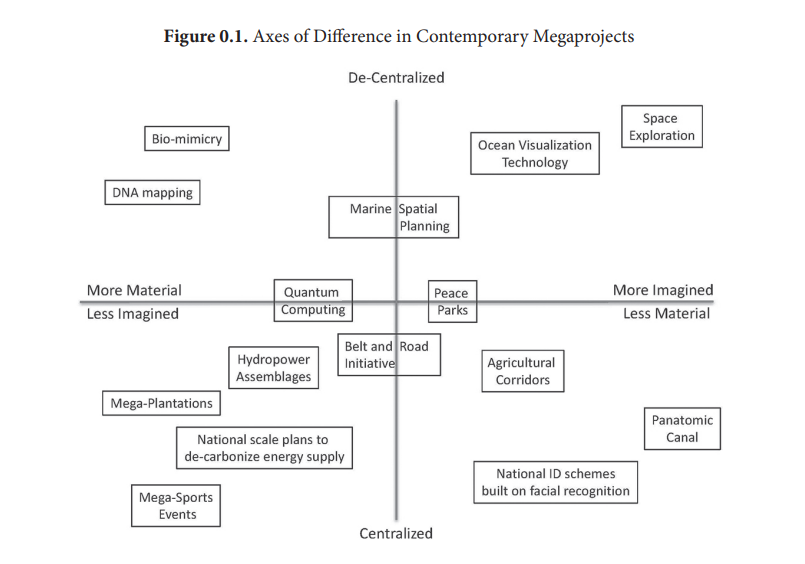 The chapters in this volume are wide-ranging and include chapters on the transformation of landscapes, mapping and exploring the oceans depths and outer space, and attempts to realize totalizing governance regimes. Many of the contributions demonstrate that megaprojects are underpinned by a desire to smash epistemological as well as ontological boundaries. This may indeed be a fundamental human trait, but contemporary ways of seeing and knowing are driven by aspirations of technologically enabled omnipresence. Thus, will contemporary megaprojects totalize experience and catalogue all existing relationships among people and things? It seems inevitable that certain places, people, and things will be excluded. How will people remain illegible, and will this be though their own volition? And how do these modes of seeing and knowing animate novel landscapes and connections among places, as well as activate new relationships and behavior? These are the questions that are raised by the chapters in this volume.

Photo by Ivan Bandura on Unsplash