Basic income beyond borders – a new mechanism for economic justice? 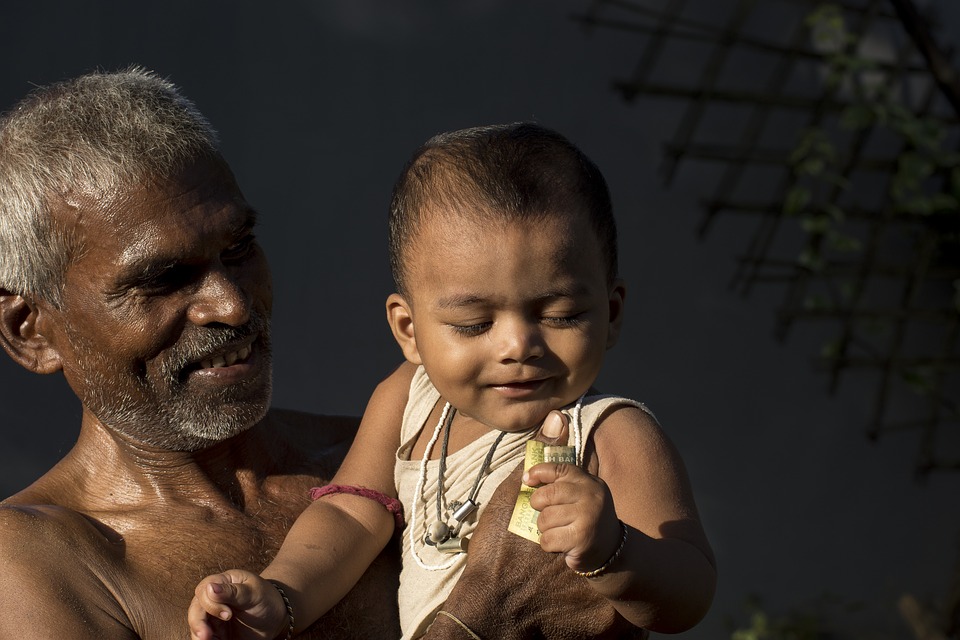 There’s been lots of discussion recently on the feasibility of introducing Universal Basic Incomes, so we were intrigued to hear that Laura Bannister and Sarah Methven, both Manchester alumni were running a conference to around the idea of doing this on a global, rather than national basis.  Here’s their report back from the event last weekend:

The church sits among streets where centuries of boots have marched for workers’ rights, including the infamous ‘Battle of Bexley Square’, which inspired the best-selling novel and play Love on the Dole. This time people had gathered to discuss one of the world’s newest social justice demands. The conference was the first ever to examine proposals for a worldwide basic income, an idea which aims to fight extreme poverty and begin turning the tide on global inequality by directly redistributing money, proposed to begin at $10 per month for every adult and child worldwide.

Demands for unconditional redistributions of cash are not new. Famously advocated by Thomas Paine, Milton Friedman  and Martin Luther King Jr, most basic income proposals have sought to redistribute wealth within countries. But World Basic Income, the organisation behind Saturday’s conference, is the first in the UK to propose a basic income funded and distributed at the global level.

The conference began by examining the context. André Coelho of the Basic Income Earth Network (BIEN) summarised the basic income movement around the world, and laid out the most common funding approaches based on changes to national tax-and-spend. Max Harris of the University of Oxford examined the potential for basic income to build solidarity within and between communities.

Aderonke Apata, founder of African Rainbow Family and Manchester Migrant Solidarity, highlighted the gross injustice of inequality, especially that which derives from the elite capture of natural resource wealth, and she explored the poverty-related drivers of migration. Finally René Heeskens, founder of the Netherlands-based Global Basic Income Foundation, laid out the global basic income movement’s history, and the recent emergence of wider interest in taking this idea beyond borders. 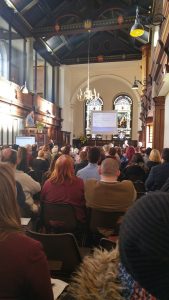 This introduction led to a flurry of questions about the potential practicalities of collecting and redistributing global wealth, and this topic was explored further by the second panel. Hillel Steiner of the University of Manchester laid out the philosophical basis that justifies and even necessitates the sharing of natural and collective resource wealth, especially land value revenues. Caroline Whyte from the Foundation for the Economics of Sustainability (Feasta) explored an element of this, illustrating how revenues from a global carbon cap-and-share scheme could provide an initial funding base for a world basic income.

The mechanics and effects of distributing money worldwide were also considered, via the practical example of Eight, an organisation that has just begun a basic income pilot in a Ugandan village. Steven Janssens, one of its founders, showed footage of recipients discussing how essential it is for them to have access to cash, to pay for everything from midwives to coffins. Distribution of cash via mobile phone banking is just about to commence.

The final panel of the day addressed another burning question – how could a scheme as radical as worldwide basic income ever become a reality? Adam Parsons of the UN-observer NGO Share The World’s Resources highlighted the importance of mass grass-roots support, and the need for parallel efforts to strengthen and empower global organisations like the UN, who are likely to be key players in facilitating global cash redistributions. The Deputy Mayor, Labour’s Cllr John Merry, noted that people tend to support radical solutions most strongly during moments of crisis, when wider problems suddenly touch their own lives directly. Policy-makers and campaigners therefore need to be ready, with ideas well-established in the popular imagination and well-researched proposals to hand, in order to turn crisis into opportunity.

Jonathan Bartley, Co-Leader of the Green Party, stressed the importance of shifting the agenda, sharing his experience in the 1990s of first reading a citizen’s suggestion that poor countries’ debts be cancelled at the turn of the millennium. He had laughed at the impossibility of such a radical idea ever being taken seriously by the world’s powers, yet a few years later the Jubilee 2000 movement succeeded in shifting the agenda so far that the question became not whether debt would be cancelled but for which countries and how much.

All these contributions, together with questions and comments from the audience, provided great food for thought, and many reported leaving the event feeling full of optimism that practical solutions were being found for major global ills like inequality and extreme poverty. The conference brought together people from diverse communities, academic backgrounds and movements, and began to unite them around this new and exciting possibility.

The future for world basic income is yet to be written, and the challenges are many. The organisers are clear that this event was only the beginning of a conversation, which they aim to take around the world this year to gather perspectives and critiques from groups in many countries, social movements and income brackets.

However, although the approach is very much up for debate, they remain committed to the view that people everywhere deserve a share of the world’s wealth, and that practical mechanisms need to be found to achieve this. If done well, a world basic income could get much-needed and deserved cash into the pockets of people everywhere for them to spend as they see fit. The barriers are great, but the potential benefits to us all may be even greater.