How can Habitat 3 and the New Urban Agenda turn inequality talk into action? 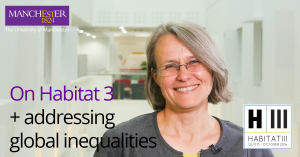 This month more than 25,000 delegates meet in Quito, Ecuador, for the Habitat 3 conference which sets out the United Nations’ New Urban Agenda – a guide to policies and approaches for the sustainable development and planning of cities and towns across the globe for the next 20 years. As part of The University of Manchester’s research beacon for Addressing Global Inequalities, we bring you a special series of blogs from some of our leading researchers.

Ahead of next week’s conference when delegates will set out the United Nations’ New Urban Agenda, Diana Mitlin suggests three principles to aid their success. 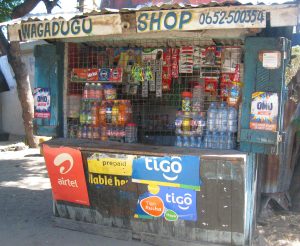 The New Urban Agenda promises everything. It’s based on the three core principles of leaving no-one behind, sustainable and inclusive urban economics and environmental sustainability.

But the agenda begins with recognition of the problem of growing inequalities, alongside other obstacles to achieving sustainable development. Against these barriers, can it deliver? Will the Agenda succeed in reducing the inequalities that so many people I have worked with face on a day to day basis?

Ask anyone living in informal settlements, and they will tell you that their residency is a cause of discrimination. That’s due to the negative assumptions that higher-income people make about people who live in areas characterised by a lack of secure tenure, safe living conditions and adequate access to basic services.

This is not a problem that will just disappear. The number of people living in informal settlements is predicted to rise from just over 860m “slum dwellers” today to over 900m by 2030. How can both this rising trend, and the needs of those estimated 900m people, be addressed?

One example of a programme that needs to be expanded if the New Urban Agenda is to be realised is Transforming Settlements for the Urban Poor. A Ugandan government programme, which is financed by the World Bank and realised in partnership with the National Slum Dwellers Federation of Uganda in 14 towns and cities across Uganda, it involves over 14,000 informal settlement residents working alongside their local governments. The programme provides funding to construct essential services such as water points and public toilets. 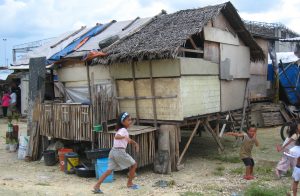 Its progress is far from perfect – yet it is a model of the sort of alternative approach that enables transformative change by supporting the understanding of local struggles and implementing relevant action on the ground.

So why does it work? Here are three things could the New Urban Agenda learn from it. 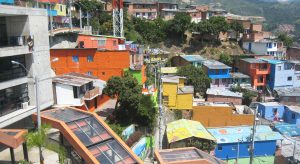 Yes, the New Urban Agenda promises much – but it is short on how delivery will happen. We need to re-orientate our discussions. What has been learned from experience to date about how progressive change happens? What do the National Slum Dwellers Federation of Uganda see as important to reduce the growth of informal settlements? How can existing efforts being made by local residents and their local authorities be scaled up and multiplied?

Only then, and using the three principles outlined here, can we improve access to services and secure tenure. This is when we will finally put in place support measures that reduce the numbers living in informal settlements, making lives less precarious – and enabling 900m more people to receive more of the benefits offered by development.

Diana will be live tweeting from Habitat 3 at @GlobalDevInst between 17 and 20 October.

This blog post is also published by CityMetric and Policy@Manchester

Read our other Habitat 3 coverage