What would “data justice for development” mean?  This is a topic of increasing interest.  It sits at the intersection of greater use of justice in development theory, and greater use of data in development practice.  Until recently, very little had been written about it but this has been addressed via a recent Centre for Development Informatics working paper: “Data Justice For Development: What Would It Mean?” and linked presentation / podcast.

Why concern ourselves with data justice in development?  Primarily because there are data injustices that require a response: governments hacking data on political opponents; mobile phone records being released without consent; communities unable to access data on how development funds are being spent.

But to understand what data justice means, we have to return to foundational ideas on ethics, rights and justice.  These identify three different mainstream perspectives on data justice: 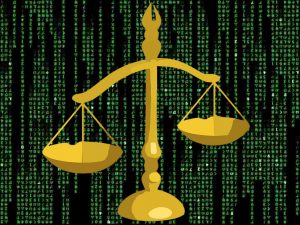 We can use these perspectives to understand the way data is used in development.  But we also need to take account of two key criticisms of these mainstream views.  First, that they pay too little attention to agency and practice including individual differences and choices and the role of individuals as data users rather than just data producers.  Second, that they pay too little attention to social structure, when it is social structure that at least partly determines issues such as the maldistribution of data in the global South, and the fact that data systems in developing countries benefit some and not others.

To properly understand what data justice for development means, then, we need a theory of data justice that goes beyond the mainstream views to more clearly include both structure and agency.

The working paper proposes three possible approaches, each of which provides a pathway for future research on data-intensive development; albeit the current ideas are stronger on the “data justice” than the “for development” component:

Alongside this conceptual agenda could be an action agenda; perhaps a Data-Justice-for-Development Manifesto that would:

This blog originally appeared on the ICTs for Development website.