All in this together? How a decade of austerity cleared the way for Covid-19 in deprived urban areas 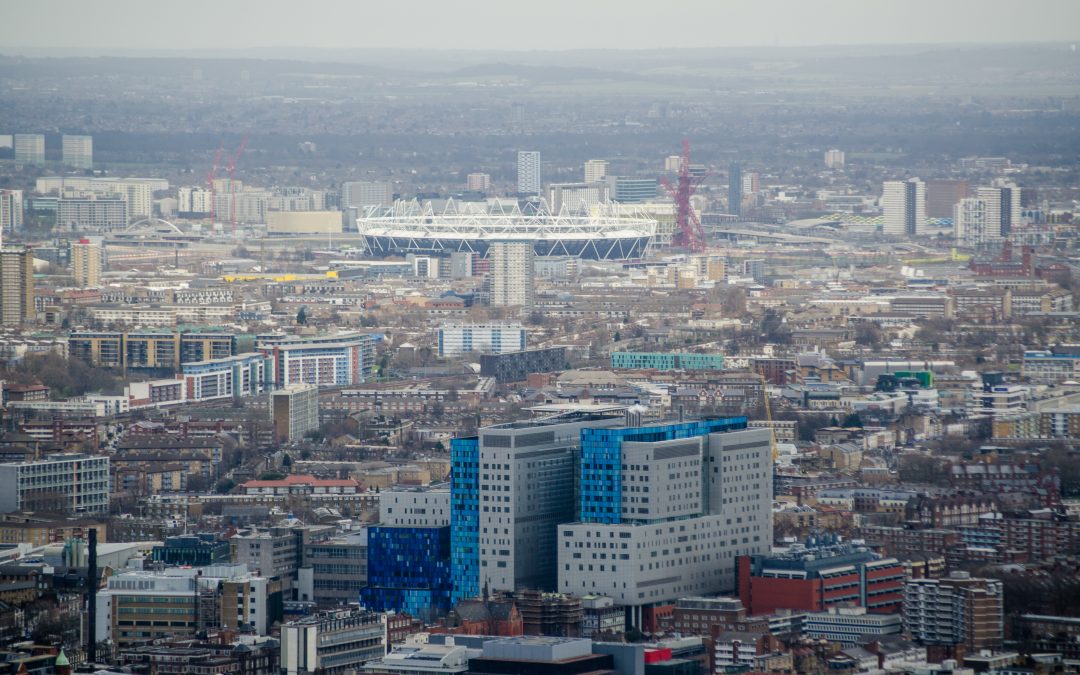 Addressing world leaders on Monday, UK Prime Minister Boris Johnson claimed that ‘it is humanity against the virus – we are in this together’. Sound familiar? ‘All in this together’ was the oft-repeated mantra used to justify cuts to public spending and welfare services during the Cameron-Osbourne austerity years.

Yet, much like austerity, we are clearly not all in this pandemic together. In England and Wales, people are dying from Covid-19 at twice the rate in deprived areas than in affluent areas. The UK government’s strategy during the critical period of early March was to allow coronavirus to spread through the population with a view to achieving ‘herd immunity’, an approach described by Johnson as taking the virus ‘on the chin’. Clearly, some people in some places have had to ‘take it on the chin’ a lot harder than others.

But why are Covid-19’s effects so geographically uneven? It’s austerity, stupid. Cuts since 2010 have had a disproportionately large impact on deprived urban areas. Quite simply, the areas with the highest death rate are also those that have been ravaged by a decade of austerity policies, creating poverty and vulnerability that is now combining with and amplifying the effects of the virus. As a result, having already borne the brunt of a decade of austerity, it is the poorest in society who are now disproportionately paying the price of the government’s disastrous Covid-19 strategy.

Take the London Borough of Newham: the worst affected by Covid-19 of all local authorities in England and Wales. Why might this be? To start with, Newham has experienced deeper than average cuts in funding from central government and has cut spending on public services by a third. In the area of housing, austerity has had particularly devastating consequences. Budget cuts combined with privatisation policies have led to a shrinking of the boroughs social housing stock and a growing number of people living in insecure, unregulated private rental housing (in 2016, the Conservative government voted against rules to ensure that rental accommodation is ‘fit for human habitation’, citing ‘unnecessary regulation and cost to landlords’).

This housing insecurity has combined with punitive policies such as the ‘bedroom tax’ and cuts to housing benefit to force low-income households into rent arrears, contributing to growing evictions and homelessness. In addition, Newham Council sought to capitalise on the 2012 Olympic games to gentrify the borough by redeveloping council estates, leading to the displacement of social housing tenants. As a result of this poisonous cocktail of local and national policies, Newham now has the highest rate of both evictions and households living in temporary accommodation in London.

Behind these depersonalised processes, first hand accounts of life in deprived areas can help us put the pieces together. Our research with people experiencing homelessness in Newham has shown that the living conditions in temporary accommodation, often in the private rented sector, exacerbates existing, and created new, health problems. Toni, a 22 year old, was living in temporary accommodation, sharing a single bedroom with her sister and 4 month-old baby. The poor quality accommodation was creating respiratory problems for her and her child: “The house [is] damp, I’m allergic to damp, it can affect my breathing, it’s not good for a newborn to be around damp”.

Rachel has been living in temporary accommodation for over two years with her young child, who had developed asthma during this time. She said, “I’ve got letters from doctors in Newham Hospital saying this house is not good for the family. We’ve both got bad asthma. It’s damp, the colour is changing – if you leave it for five days, it becomes green… Every winter my little one has to go to the hospital three or five times a month to stabilise her asthma’.

Angela, who had worked as a care worker for over 20 years had to stop work due to her health problem. Her asthma had developed into chronic obstructive pulmonary disease and the first stages of emphysema while she was living in temporary accommodation run by Newham Council: ‘when that mould came up, my breathing just went right down here. Then I put a complaint in about it and said I was going round the environmental health, next thing I know there’s someone up hoovering it all. And that’s what they’ve done ever since. Every day, someone comes up to hoover that. They’ve never treated it or nothing. And it’s black and white mould’.

It is clear from these accounts that living in poor quality temporary accommodation has a detrimental impact on the health of homeless people in Newham. The health problems described by Toni, Rachel and Angela constitute the frequently mentioned ‘underlying conditions’ which make people more vulnerable to dying from Covid-19, such as asthma, emphysema and bronchitis. This reveals that austerity is at least in part responsible for creating the social conditions in which these health problems multiply. This illustrates how ‘underlying health conditions’ (often implicitly used to diminish the importance of coronavirus deaths) are actively produced by policies that offload the cost of public spending cuts onto specific bodies.

A slow response to the coronavirus pandemic is part of the explanation for why the UK has one of the highest death tolls from COVID19 in the world. But 40 years of public housing privatisation, a decade of austerity, a culture of landlordism and a lack of protections for renters also have a lot to answer for. Just as overcrowding and a lack of access to sanitation and water in informal settlements are conditions that will enable Covid-19 to spread rapidly in the global South, housing poverty, exacerbated by 10 years of punitive austerity policies, is also shaping the uneven impacts of coronavirus in the UK.

Health funding should of course be diverted to deprived areas, but preventative social policy will also be necessary to address the underlying inequalities that make some people more vulnerable to dying of Covid-19 than others. Reversing austerity, investing in social housing and regulating the private rental sector will all be essential to avoid unnecessary deaths in the future. In the short-term, rents should be suspended to prevent a new wave of evictions and homelessness due to the economic crisis. In the longer term, a political movement that challenges the commodification of housing and prioritises public health over private property will be essential to stop the impacts of this -and future- pandemics falling most heavily on the shoulders of the most vulnerable.