International development’s had its time 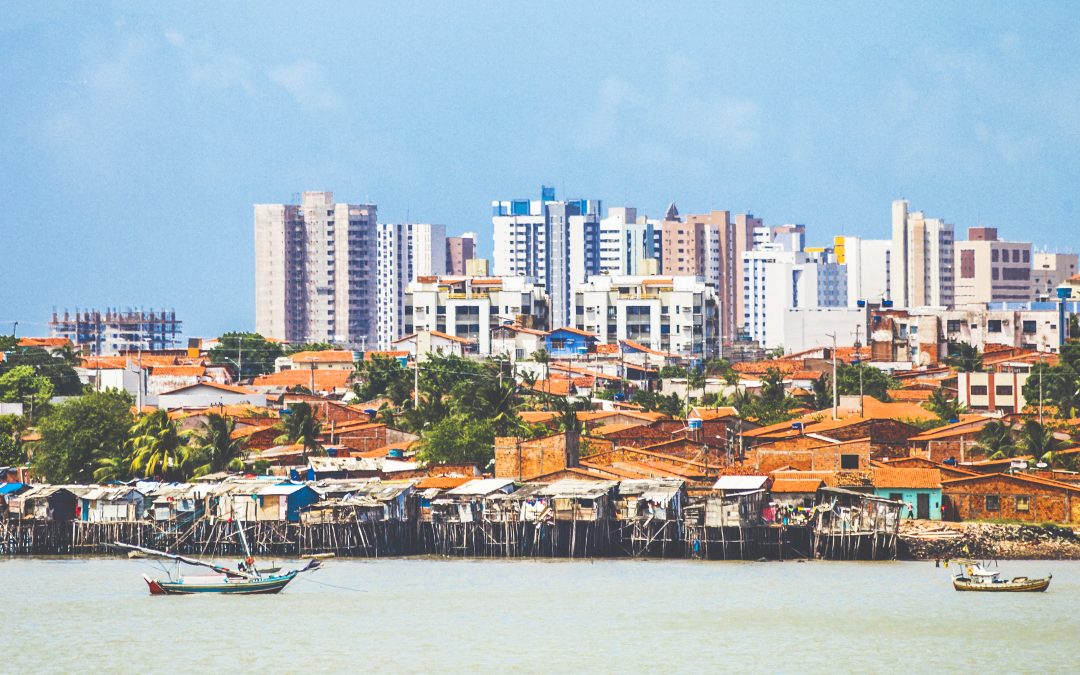 Often associated with a North-South binary, the term ‘international development’ seems increasingly inappropriate for encompassing the various actors, processes and major challenges with which our world currently engages. In a new paper in Progress in Human Geography, I argue that global development holds potential as an emerging paradigm better fitted to the early 21st century, but critical attention is required as to what that may involve.

Beyond the limits of international development

‘International development’ is often loosely used as an umbrella term for development research and practice. The two words do not fully reflect all that is associated with their domain.

The origins of the term ‘international’ are dated to Jeremy Bentham, famous philosopher and utilitarian. He coined the word in the late 18th century in relation to the law governing the relations between states. ‘International’ gained popularity in a 19th-century context of rising nation-states and cross-border transactions. Meanwhile, ‘development’ can be variously used to refer to an idea, objective and/or activity.

The current use of international development is too often overly associated with aid, or development cooperation, overlooking a whole variety of other actors and processes in economic and social transformation. It doesn’t fit the 21st century either, for 3 key reasons:

We can’t isolate the causes of underdevelopment in a residual global South. The causal processes, such as trade, investment, resource flows and political power, that shape prosperity and poverty are interlinked across global North and South. Relational rather than residual approaches are necessary to understand development.

This overshadows and renders meaningless the idea that rich countries have achieved development and a transformation is only required in the global South.

The pattern of global inequalities has shifted from “divergence, big time” with rising inequalities between counties to “converging divergence” with inequalities falling between North and South (in aggregate), yet rising within them.

Global development, involving a focus on the whole world and which includes but goes beyond an international development focused just on the global South, is more fitting to the 21st century. Most prominently, the Sustainable Development Goals (SDGs) relate to all countries, while the Paris Climate Agreement requires commitments by countries in the global South as well as the global North.

This is a major geographic shift, with considerable implications for what counts and is prioritised as a key development issue, for how we understand the causal processes shaping development, and for related strategic action.

Overcoming the limitations of international development, a global development framing can better fit with the challenges of global public goods – climate change, finance, taxation, health etc. These are issues which no one country can effectively address individually, and require commitment by people and countries in the global North (as well as the global South).

Opportunities also arise for learning around the shared challenges across global North and South, such as addressing relative poverty and inequality, precarious work, social protection etc.

The time is now….

We currently have a tendency to use ‘international’ and ‘global’ development interchangeably. From the Wikipedia definition that conflates the two terms, to the aid industry’s widespread use of the #GlobalDev hashtag on twitter, we risk underplaying or missing the real and rapid tectonic shifts the world is experiencing.

Development studies, research and practice in the 21st century are clearly situated in a different context compared to much of the second half of the 20th century. This does not mean abandoning what has been done under international development, but it requires a considerable expansion and readjustment to make it more relevant to the world we currently inhabit and the challenges we face.

The recent Development and Change Forum issue involves varied and heated debate around the causes of, current patterns of and priorities for global development. A constructive and critical agenda awaits.

International development has had its time. We’re part of the global development paradigm but we must guard against it being used to rebrand ‘business as usual’.