How Greater Manchester Savers were Inspired by African Activists 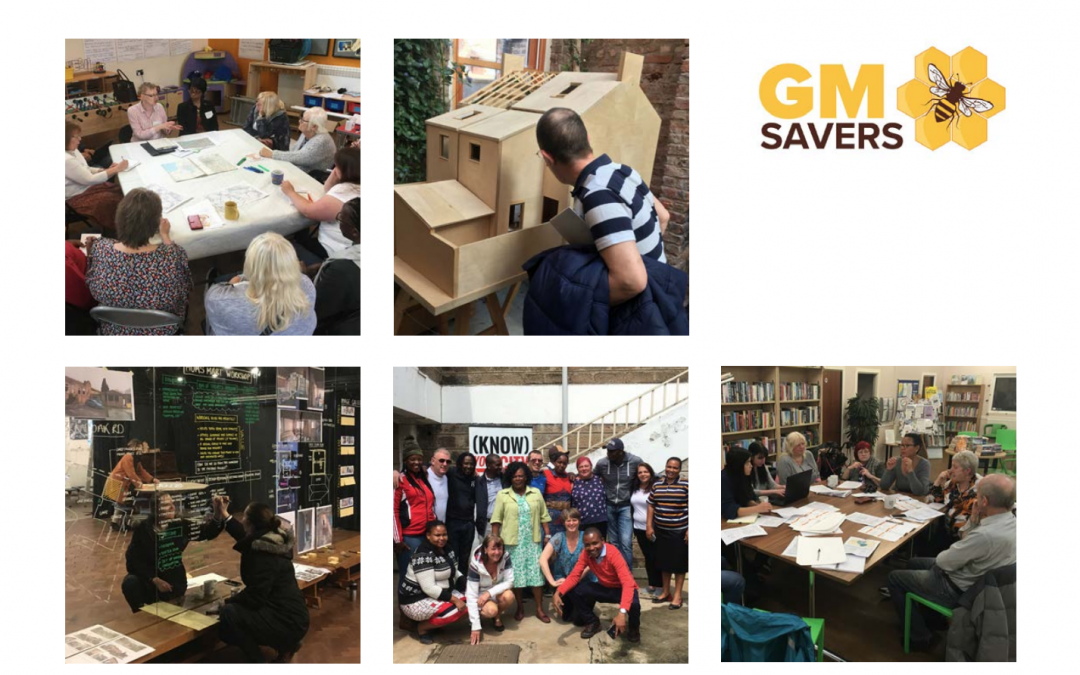 For many years, as part of our master’s in Global Urban Development and Planning, we’ve welcomed members of Shack/Slum Dwellers International (SDI) to teach students in Manchester. More recently, we’ve introduced SDI members to Manchester based community groups and have helped facilitate a series of exchanges between them. With support from the Realising Just Cities programme at Sheffield’s Urban Institute, this has helped to catalyse the Greater Manchester Savers, who have just published a new report documenting their story so far. This is a short extract.

“Hopefully, by building a more global movement, then the understanding will deepen, the understanding in government and with development partners and the UN and others…Don’t look at the Global South as a unique case…It’s the same exclusion, different contexts” Jack (SDI Kenya, Muungano Alliance)

Explore any urban neighbourhood in Greater Manchester – seek out its craft groups, its over 50s exercise classes, its food banks, parent groups, and meal clubs – and there you will find amazing women.

We call them Women Warriors: the lynchpins of communities that have experienced decades of economic, social and political disadvantage, communities where the Greater Manchester Savers operate.

Women have always played a critical role in community action in the UK (and across the world). Since the onset of austerity policies in 2010 which has reduced spending on public services and social support, women have been at the forefront of the battle to provide a safety net for the most vulnerable in our society. Most of the time they are also struggling with challenging personal circumstances of their own. The gendered nature of this community action usually goes unrecognised. It is almost always unpaid, and the cost of activities are frequently shouldered by communities themselves.

Women’s integral role in holding communities together against forces that impoverish and fragment them gives them astute insights into local aspirations, challenges, and motivations. Yet, such women are some of the least likely to have influence over the decisions that are made about their community. Places, in the context of Greater Manchester, where they and their families have often lived for generations.

This is a story of women-led change. 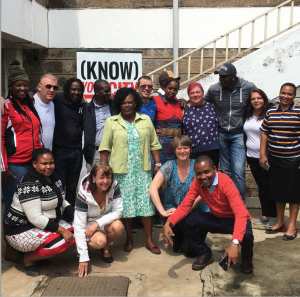 Over 24 months, women from Manchester, Stockport and Salford, took part in international learning visits to the Gauteng, North West and Western Cape provinces of South Africa, and to Nairobi. They also hosted SDI activists from the Muungano and South African Alliance in Greater Manchester. UK participants saw first-hand how savings can be used to network low-income women together in a sustainable way, and how to develop collective priorities for poverty-reducing local development.

Members of the Kenyan and South African savings federations and allied support professionals reported that hosting British visitors brought additional credibility to their movements locally. They also remarked on how understanding what is happening in different parts of the world helps members to see their own work and context with fresh eyes. 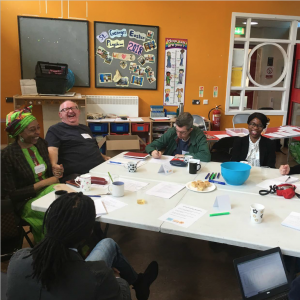 The savings approach is strongly rooted in communities teaching and learning from each other on the basis of their own experiences. After the first international exchange to South Africa, Mums Mart began holding regular community exchanges with other women’s and residents’ groups across

Greater Manchester and in Sheffield. Through these exchanges, groups have been able to jointly analyse challenges and compare experiences. They have learned from each other’s approaches to reducing poverty and building community in their neighbourhoods. In Manchester, the Miles Platting Community Grocer initiative was able to mentor Mums Mart in how to run a low cost food shop while Mums Mart were able to teach Miles Platting Community Grocer about savings.

As more groups became interested in savings, more international exchanges took place, making it possible for people to deepen their understanding of the savings-based approach and the importance of women’s leadership.

There are poor white people!” So, because we come out of our history, people just see white-ness as affluent-ness, and that was really a deal-breaker with them to say, “Yah, guys, the world has changed” Melanie (Informal Settlement Network, South Africa).