In conversation: Tanja Bastia and Ronald Skeldon on Migration and Development. 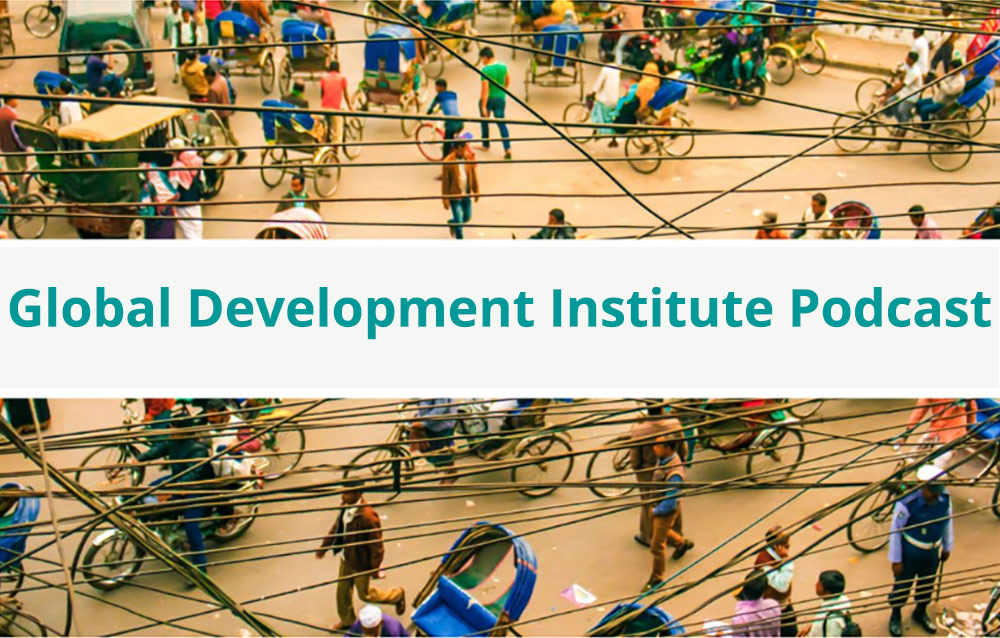 In this special podcast, we are lucky to be joined by the editors of the newly published Routledge Handbook of Migration and Development, Tanja Bastia and Ronald Skeldon.

In this episode, they talk about their long-term collaboration in the fields of migration and development and their wish to build on long-standing research by bringing together established thinkers and new areas of research – an approach which has culminated in this handbook.

In addition to their own explanation of why this work is so timely and important, they are joined by four of the contributors to the handbook who give them insights into their particular areas of expertise and the chapters they contributed.

Tanja Bastia is Reader at the Global Development Institute at the University of Manchester. Her research focuses on transnational migration for work, particularly on the relationship between power relations, mobility, and space. She has conducted multi-sited ethnographic research with Bolivian migrants in Bolivia, Argentina, and Spain since the year 2000 and currently holds a Leverhulme Research Fellowship to develop her research into ageing and migration.

Ronald Skeldon is an Emeritus Professor at the University of Sussex and an Honorary Professor at Maastricht University. Following a PhD on Peru at the University of Toronto in 1974, he moved to the Asia-Pacific region for over 25 years, where he pursued both academic careers and positions with the United Nations before returning to the United Kingdom in 2000. He has published widely on issues of migration, including his 1997 book Migration and Development: A Global Perspective (Longman).

Loren B. Landau is Professor of Migration & Development at Oxford University’s Department of International Development and a Researcher with the University of the Witwatersrand’s African Centre for Migration and Society. His interdisciplinary scholarship explores mobility, multi-scale governance, and the transformation of socio-political community across the global South.

Oliver Bakewell is a Senior Lecturer at the Global Development Institute, University of Manchester. His work focuses on the intersections between migration and mobility and processes of development and change, with an empirical focus on migration within Africa.

Gioconda Herrera is an Ecuadorian Sociologist and a Professor at the Facultad Latinoamericana de Ciencias Sociales (FLACSO) in Quito. Her research interests concern the effects of globalisation on social inequalities in Latin America. Her work focuses on international migrations from the Andean countries to Europe and the United States from a gender perspective. She has done research on transnational families and care, return migration and deportation. Her current research deals with the Venezuelan exodus in South America.

Melissa Siegel is a Professor of Migration Studies and Head of Migration at the Maastricht Graduate School of Governance at Maastricht University and UNU-MERIT. Her research focuses on the causes and consequences of migration with a focus on migration and development and migration policy and programming.