Just Give Money to the Poor: The Development Revolution from the Global South 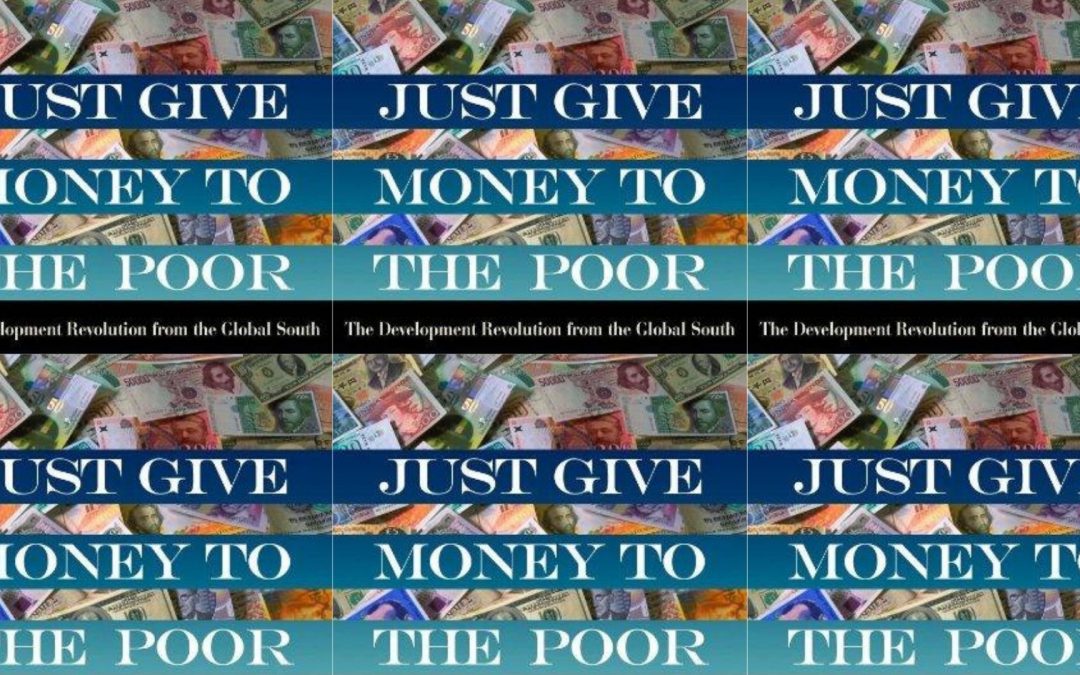 In 2010 Joseph Hanlon, Armando Barrientos and David Hulme published ‘Just Give Money to the Poor: The Development Revolution from the Global South’. The book concisely summarises the evidence of the benefits of cash transfers. Its conclusion that both donors and governments should focus more on putting money in the hand of people living in poverty was influential at the time, and continues to attract plaudits ten years on. The following blog post by Armando Barrientos in 2010 summarises the key arguments:

In rich countries a handful of dollars does not go very far, indeed most people in the UK wouldn’t think twice about spending this on a cup of coffee.  But one in five people in the world today has no choice but to survive on less than US$2 a day, and 1.5 billion people struggle to live on less than US$1. The vast majority of those affected are children, each an individual story of unfulfilled hope and potential.

Few would dispute that ‘a world free from poverty’ is the overwhelming challenge of the 21st century. The crucial issue is how to achieve this. In Just Give Money to the Poor: The Development Revolution from the Global South (Kumarian Press, 2010), Hanlon, Barrientos and Hulme discuss a wave of new thinking on development that is sweeping across the South. Instead of relying on a large and expensive aid industry to find ways to ‘help the poor’, it is better to transfer money and resources directly to the households in poverty so that they are able to find effective the most effective ways to escape from poverty.

This is the premise behind social transfer programmes such as Mexico’s Oportunidades, Brazil’s Bolsa Familia, South Africa’s Child Support Grant, and India’s National Rural Employment Guarantee Scheme. They all provide regular transfers of money to households in poverty with the aim of improving their nutrition, making sure children go to school, and ensuring that expectant mothers have regular check-ups.

This does not rule out the need for investment in economic growth and basic services. Small transfers to very poor households help provide access to new economic opportunities and vital health and education services. Without such transfers, the costs of transport, school uniforms, medicines, and job search could well be prohibitive.

Social transfer programmes do not throw money from helicopters. They carefully select and monitor recipients, ensure they are well informed about objectives, and track outcomes. In Latin America, transfers are paid directly to mothers thus strengthening their voice within the household. The responsibilities of the government and the households are carefully discussed at registration.

Despite attempts by the aid industry to take credit for these initiatives, social transfer programmes are most often national responses to local problems. Brazil’s Bolsa Familia began as a municipal programme in Campinas in 1994/5 and is built on domestic learning and experience of what works to reduce poverty. India’s National Employment Guarantee Scheme, which guarantees one hundred days labour on demand to unemployed rural heads of household, also builds on a careful assessment of similar programmes in Maharashtra and elsewhere.  . Social transfer programmes have high set up costs and for this reason international assistance is important in low income countries. Nonetheless, sustainability and legitimacy requires domestic political support and finance in the medium term. Giving money to households in poverty is a ‘Southern project’, as the considerable diversity of programmes around the developing world demonstrates.

Important challenges remain, especially in low income countries lacking the capacity to design, deliver, and finance social transfer programmes. In many countries their institutionalisation is precarious. The existing social transfer programmes need to be seen as a first stage in the development of  strong and stable institutions,  able to protect poor and vulnerable populations in the South from the volatility and crisis of the global economy on. Acknowledging these challenges, the book makes the important point that knowledge on how to eradicate poverty is already freely available if only we care to learn from the South.