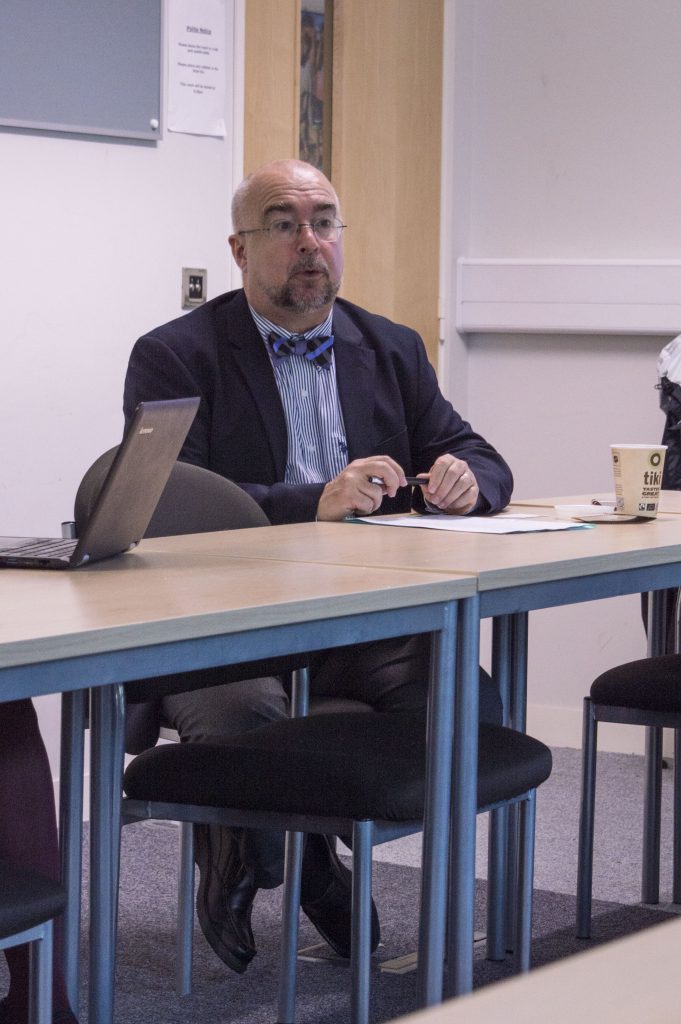 “Let me say the most important thing first: I am the father of three daughters.” This memorable sentence kicked off a unique masterclass with Dr Hubert Escaith, the World Trade Organization’s Chief Statistician. His visit, jointly organised by the Rory and Elizabeth Brooks Doctoral College and the Global Production Networks, Trade and Labour research group, encompassed a masterclass with PhD researchers and a public lecture on ‘Global Value Chains, Trade and Development: Evidence-based Policy-Making’. The student-led seminar was to help PhD candidates look beyond academia, both in terms of making links to policy and practice, and regarding career prospects. And look beyond we certainly did, prompted by Hubert’s colourful and generously shared stories, openness, encouragement and inquisitiveness, culminating in the (fortunately rhetorical) question: “What do you want to do with your life?”

Even though Hubert protested vehemently that he was no ‘master’ with insights to share with a ‘class’, his distinguished career in international organisations, joy in conversing and desire to engage with young researchers suggests otherwise. After completing a PhD at Toulouse University in Applied Mathematics, he started working for the United Nations in Baghdad, Iraq. His work has since taken him via senior positions in monitoring and evaluation, statistics and economics across the world, particularly in Latin America and the Caribbean, to his current work as WTO’s Chief Statistician, publishing throughout. “Something I have learned is that you don’t manage your life. You just make the most out of what you have.” In opposition to our current era, compulsively planning career prospects from a very young age, he instead pointed to his own experience as a succession of opportunities taken against the backdrop of growing up in humble beginnings, with the first priority always remaining the well-being of his family: “Life can be random.” 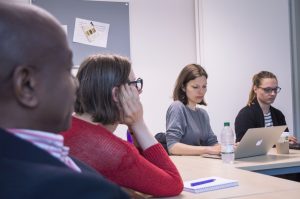 In school, Hubert loved history, philosophy and Greek, and was (by his standards) bad at mathematics, English and Spanish. He has since done a PhD in applied mathematics and has spent his working life in English and Spanish-speaking contexts. His very well-rounded outlook on life was a breath of fresh air, with his professionalism as a civil servant complemented by abiding interests in philosophy, literature and music: Hubert credited activities independent of work, such as choir-singing and theatre, with helping him grow in confidence at a young age. “In my time, nobody told you to find a job that you loved. I just always liked the job I had.”

He then turned his attention to his work for the last 10 years – the magical and yet sometimes slightly cumbersome world of DATA, and explained exactly how it can support bridging the academia-impact divide through evidence-based policy. A statement he made shocked academic data junkies like us: “Data is not used for policy-making, whatever gave you that idea – policy is made in parliaments on decisions of politicians.” That left us perplexed and a tad worried! But right after that, he said what was probably one of the most profound words we have ever heard: “Data can change the apriori of an opinion, and this is the power academics have – the ability to use data to change an apriori… a perception… to show policy-makers how things might really work rather than the way they think it does.” That sentence was worth a PhD: it allowed us to understand that data was actually a means to give a voice to the voiceless public, be it through large or small-scale surveys, a way we could build a narrative on what makes this complex world tick and use what we learnt to feedback into theory.  Why is this process so important? Because as aptly put by Snepschuet: “In theory, there is no difference between theory and practice. But, in practice, there is”. 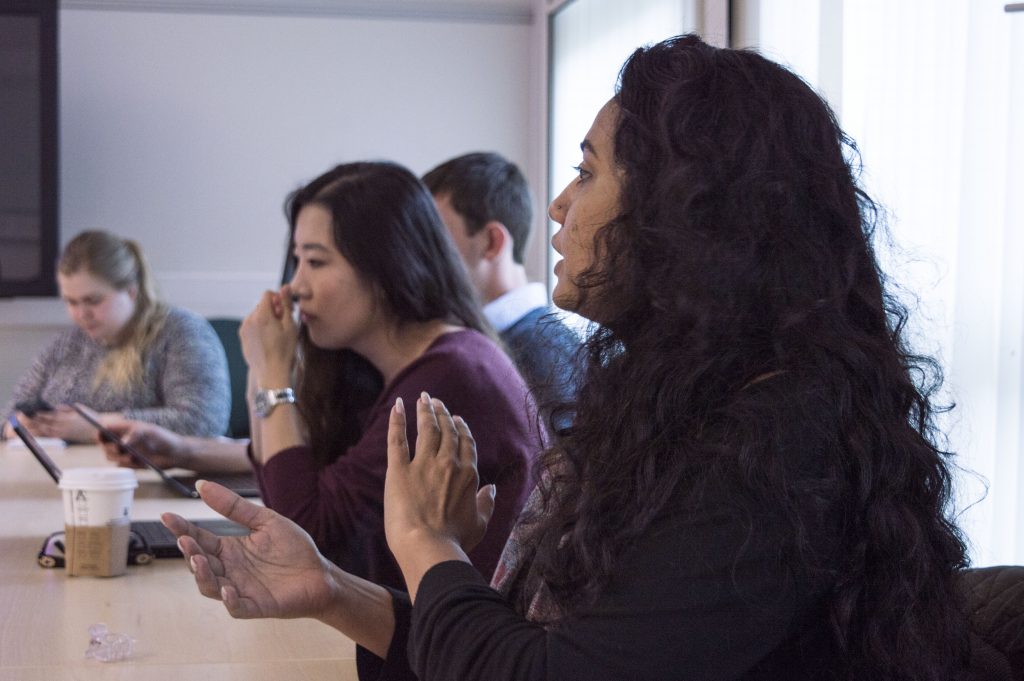 Hubert Escaith’s career spanning several decades also allowed him to point out the vagaries of dominant thought and the repercussions of it changing, emphasising how in economics, Keynesianism was the order of the day during his studies, to be replaced by monetarist thinking as the dominant paradigm only fifteen years later. What does not change, however, is firstly the need for professionalism, and professionalism trumping ideological inclinations to avoid convictions getting in the way of truthful research and conduct. Secondly, the human condition is such that altruism is not as reliable a driver as self-interest, citing the “Fable of the bees”: bees’ work produces benefits for a wider audience; however, their inherent goal is serving themselves and their community. According to Hubert’s experience, the ‘dark side of the force’ a.k.a. the convergence of enlightened self-interest with public good fulfilment, was a tool to promote development rather than encumber it.

As the day came to a close participants of the masterclass and attendees of the lecture left feeling intellectually stimulated. But what truly left the biggest impression was his pointed question “what do you want to do with your life?” It is guaranteed to stay with all fifteen masterclass participants for a long time to come, highlighting not only that there is (a) life beyond academia, but also the need to think carefully about priorities. However, Hubert also would not have been Hubert had he not ended on a tongue-in-cheek adage: “Take my advice – I don’t use it anyway.”