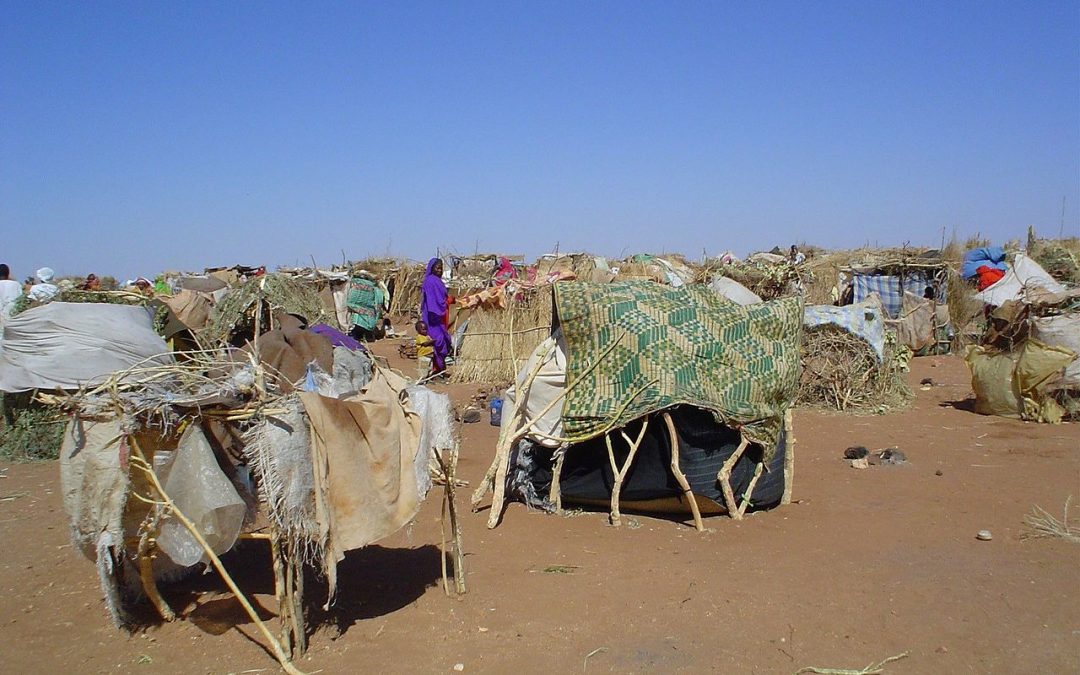 Since January 2019, Sudan has seen protests in different parts of the country that quickly moved from anger at worsening economic and social conditions to the demand of regime change and free elections. It was initially met with brute force – often carried out by forces originally created and recruited to deal with rebel movements in Darfur – the war in Darfur in turn a key in the ICC indictment. Even if compared to other protests in the past, the repression was arguably much more measured with, according to Africa Confidential, the death toll well below 100 where previously mass killings of civilians were the response. But then how do we know? Many Sudanese journalists have reportedly been detained, and at least six foreign correspondents in Sudan had their accreditation invoked.

As the protest continue, diplomats have started to mull over the question of if an offer should be made to Al Bashir to suspend the charges of genocide and war crimes against humanity if he decides to leave power. This would in all likelihood fall short of the democratic transition that various opposition groups have been calling for – even if it could be something parts of the Sudanese population might welcome, but that is hard to judge. While facts from the behind the scene negotiations are hard to come by, it seems confirmed that Al Bashir held secret (or not so secret) talks with UN Secretary General Antonio Guterres about such a deal on the fringes of an African Union summit 9-10 February 2019 in Addis Ababa. Such an offer has also been promoted by Mo Ibrahim, the Sudanese telecom pioneer better known for his good governance foundation.

Any such move would surely be controversial, as it would incite the old debate of justice versus impunity born out of pragmatism. Ever since Al Bashir was indicted by the International Criminal Court (ICC), as the first sitting head of state, a controversy about this indictment raged, not only among supporters of Al Bashir but equally among many concerned with peacebuilding and human rights.

It is thus pertinent that an article I wrote with Allard Duursma long before the recent developments but that has now been published draws our attention to some of the wider aspects of the ICC indictment that proved counter-productive to the quest to protect Darfurians and the human rights within Darfur (and with that foster some form of democratic transition for the whole of Sudan). The major issue that was behind calling for such an indictment was the alleged genocide that was said to have taken place in Darfur. A particular reading of the multiple conflicts in Darfur as a battle between good versus evil was brought to a world-wide audience partly by the controversial engagement of celebrity humanitarians like George Clooney. A narrative thus emerged that brushed over the complex dynamics of conflict in Darfur, which I have written about elsewhere, in which all sides were ruthlessly pushing through their own agenda.

At the same time, Darfur has been home to a hybrid African Union/UN peacekeeping mission (UNAMID), one of whose prime tasks is to provide some form of security for Darfurian civilians and protect human rights in Darfur more generally, as human rights issues have moved to the fore of UN Peacekeeping Operations under the  Human Rights Up Front Initiative. The UN Security Council (UNSC) issues the mandate for any UN Peacekeeping Mission – and in the case of Darfur it was the very same entity, the UNSC, that was the referral body for an ICC investigation.

Every Peacekeeping Mission relies on the cooperation with its host country to fulfil its mandate. But how likely is it that a government that is referred to the ICC by the same body that mandates a Peacekeeping Mission on its soil, the UNSC, will support rather than obstruct such a mission? As we demonstrate in detail in our paper, the indictment had quite immediate repercussions not only for UN peacekeeping operations but for humanitarian actors on the ground more generally, as well as for local Darfurians who worked for any of the international actors. And this should not have come as a surprise, but was rather to be expected.

We might all want to live in a world where those who severely violate human rights and incite hatred are brought to justice – but lets not forget, it is often the governments of our own countries that arm far away warlords or seek their support when it suits our needs, in terms of security and migration control for example. In addition, the simple cry for ‘democracy’ whatever that may mean in concrete, is rarely the solution on the ground, as it often results in some form of imposed blueprint that has more to do with outside imposition rather than genuinely local movements, and also too often fails to take into account any of the historical and other legacies of particular places.

Looking at the wider power dynamics in Sudan, how long Al Bashir can sit out the present revolt seems to be strongly correlated to two internal factors: the strength and endurance of the opposition and those who joined the protest without belonging to any opposition movement, many youth and women, reportedly. More crucially perhaps, it depends on the loyalty of senior figurers in the armed forces. Many of those are bound to have been complicit in atrocities in Darfur or the Nuba mountains, and will worry about retributions for themselves. Thus the ICC indictment seems to remain the elephant in the room. Some have suggested a managed transition maybe akin to South Africa at the end of apartheid, but for many opposition activists this is a non starter, as it would, in their eyes, reward atrocities.

Of course, outsiders will also play a role and there are suggestions that EU leaders, whose countries are all members of the ICC, are much more reluctant than the US, not a signatory, to consider suspension of the ICC indictment.

The trade off between justice, peace and impunity is not that easy and also not as binary as is often suggested, as our paper demonstrates, as we not only see in Sudan but a number of other contemporary crises, the Syrian war perhaps the most prominent.  Looked at from the current state of the end-game for Al-Bashir, this particular indictment of a sitting President, an indictment mandated by the UN Security Council (which through this referral loses its impartiality) – raises more questions than answers.

For a detailed discussion see our Open Access paper: The ICC indictment against Al-Bashir and its repercussions for peacekeeping and humanitarian operations in Darfur