Seeing and Being Development’s ‘Other’: Representations of Africa and Diaspora Audiences 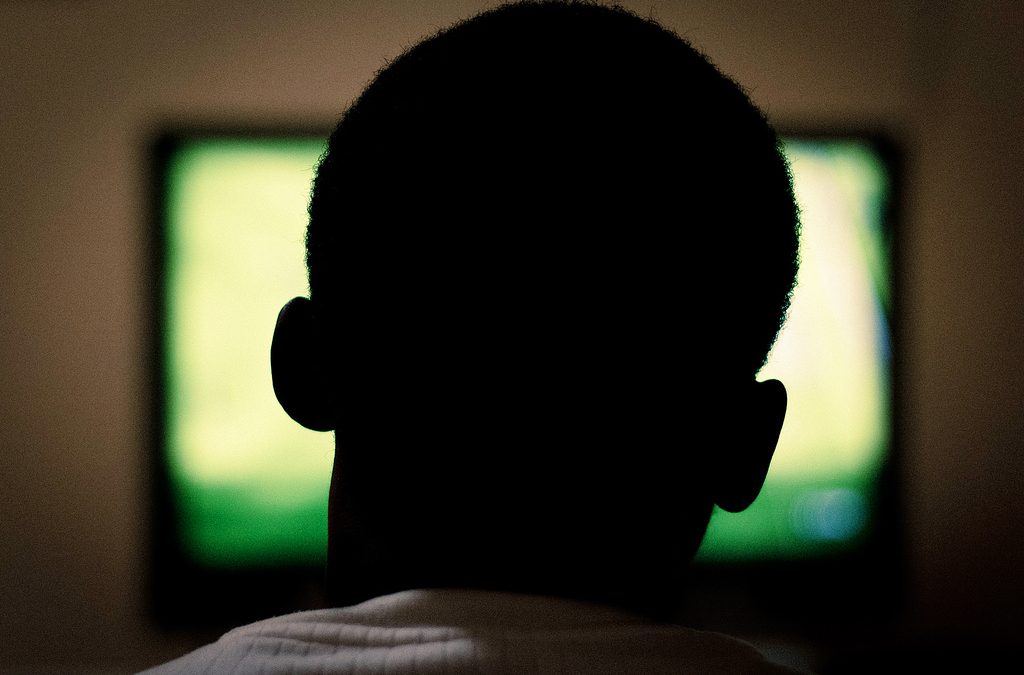 As a young child in the 1990s my introduction to international development was through watching Comic Relief’s performative biennial telethon ‘Red Nose Day’. This high-profile event armed with prosthetic noses, mainstream contemporary music, and a slew of largely-white celebrities from film and the pop world fronting carefully-curated episodes of black and brown suffering, opened my eyes to distant poverty. While Comic Relief telethons raise, as they always do, millions of sympathy-laden donations from well-entertained audiences, my lasting impressions of this programme would always be of a vast horde of shaven-headed, undifferentiated masses smiling and waving enthusiastically at the documentary-makers camera. I distinctly remember feeling slightly perplexed about why there were so many brown children with no shoes, soiled Disney-branded t-shirts and who had seemingly full stomachs held by very slim frames.

On one occasion I would ask my mother, who always watched this programme with half frustration and half baffled amusement, whether my older cousin Seyi was among those children, to which she replied, “Why would you ask that?” and I, “Well…, because he lives in Africa, doesn’t he?” You see, televised reporting and representation of poverty and disaster by charities like Comic Relief, shaped my early imaginings of what Africa was like and the communities therein. To me Africa was this far-away place, a twilight zone, filled with happy-poor children in dusty surroundings with my and ‘Seyi’s’ skin colour, and who waited enthusiastically to feature in the next installment of Red Nose Day. Yet while I drew some similarities between those children and myself by way of complexion, there was little if any, further connection.

This naïve interpretation of Africa was compounded by the proliferation of fundraising advertisements by popular development organisations like Save the Children and Oxfam, which showed sensationalised pictures of unidentified starving and sick children, who were paraded as nothing more than curiosities of flesh for £2 a month. So too, my African peers at primary school would passionately deny their African roots, calling all Africans, with great certainty, smelly, unintelligent and equated them to wild animals. These televised images and playground conversations fuelled a certain ideology that being British was more sophisticated, more culturally palatable, which became internalised as some kind of inferiority complex. To admit any association with Africa was some self-admission of being the embarrassingly negative things that these charities, the media and friends portrayed Africans as. One of my aunties, for example, upon returning to London after a short period of boarding school in Nigeria, simply exclaimed: “Back to civilisation …, where there’s 24hr light, orderly queuing and no government-funded thuggery”. While I did not fully understand the particularities of everything she said I drew the conclusion that Nigeria was not a place to celebrate.

For my father, this was the moment he needed to plan our first family holiday to the West African land of his birth, a necessary re-introduction to our roots. In 1995, we visited Nigeria’s financial capital Lagos. I remember the usual things that relatives comment on when visiting equatorial African states; the assault of humid air when departing the aeroplane, which I mistook for engine heat, and the confused smell of dried fish and spice. Most significantly for me, however, was seeing that everyone was black. Not just the mahogany-hued black skin that often parade charity advertisements but waffle and honey-coloured too, wearing official uniforms – immigration officials, custom officers and policemen. I do not think I had comprehended a reality in which black people and, especially Africans, could be in positions of respectability, power and authority. 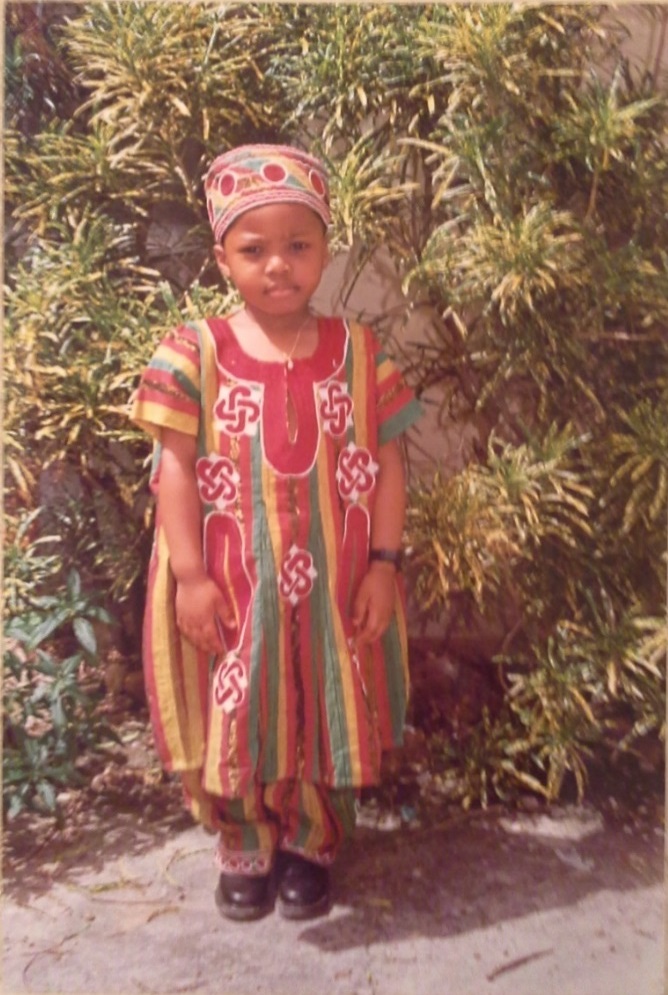 Edward Ademolu on his first visit to Nigeria

There was a certain kind of retrospectivism in Nigeria, that was symbolically articulated in the ruins of old, soft-clayed Irish Catholic monasteries, whose unoccupancy was imbued with a historical past. It was present in the deep grooves of tribal scarring worn defiantly by the old and seemingly wizened youth, with each bodily inscription inviting questions of their beginning. It was demonstrated in the intricately beaded hairstyles worn elaborately on women’s heads, and the mosaic cloth that wrapped around their bodies, and which held up new-borns. So too, the palm wine-induced melodic prayers of patriotism chanted incoherently by Igbo street dwellers. Yet Nigeria was contemporary, a place of the ‘here and now’, with its Afro-futuristic pop-up art installation stores, Nokia mobile phones, and heavy-fleshed, plump-cheeked teens wielding Styrofoam cups of fizzy pop.

It is clear from my vivid descriptions and poetic recollections as a wide-eyed 6-year-old, that my trip made a lasting impression. This was an Africa, a representation of it, hitherto unknown to me; a Nigeria of both spectacle and ordinariness, hidden from the view of British audiences. This was not the Africa that popular charities presented on television, that my friends mocked, and that which my relatives ridiculed. As Nigerian novelist Chimamanda Ngozi Adichi said, in her 2009 ‘The danger of a single story’ TED talk

“If I had not grown up in Nigeria, if all I knew about Africa were from popular images, I, too, would think Africa was a place of incomprehensible people fighting senseless wars, dying of poverty and Aids, unable to speak for themselves and waiting to be saved by a kind white foreigner …, this is the consequence of the single story”.

As such, that first trip to my country of origin shaped my future in ways I could never have anticipated. In the two decades that have followed, I have sculpted all educational, social and professional decisions into a form which has allowed me to gain a deeper, more critical understanding of Africa, communities therein and its mediated representation by continental, diaspora African and Western development perspectives. And it encouraged me into a post-graduate research to answer the question:  “What role, if anything, do representations of Africa by NGOs have on identity and engagement with International Development, by African diaspora communities?”