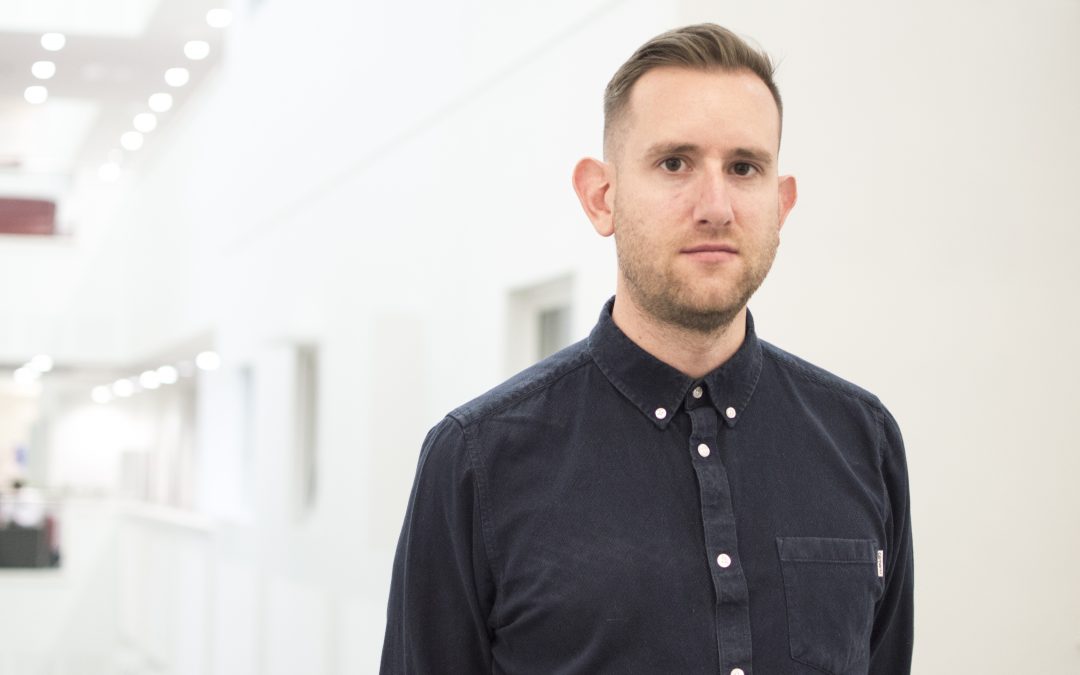 Dr Tom Gillespie joined GDI in January 2017 as Lecturer in International Development, and holds a PhD from the University of Leeds. His research looks at urban development, and we chatted with him about how that research relates to global inequalities and his upcoming fieldwork in Accra, Ghana.

What does your research focus on?

I study global urban development. We live in an increasingly urban world, and this raises important questions about who and what cities are for. I’m interested in how people living in cities use urban space and how those uses become threatened as this same space becomes an increasingly valuable commodity and a target for speculative activities. I’m also interested in how city dwellers take collective action to defend their access to urban space. All of this relates to the question of whether cities are for people or for profit.

Why is urban development an important topic to research?

Rapid urbanisation around the world is raising pressing questions about how are we are going to house growing urban populations and provide them with decent work, sanitation, water, and so on. And this is often particularly challenging in the Global South, where, in some cases, urban growth is occurring without industrialisation. This means that when people move into cities, there may not be job opportunities for them. In addition, in many cities in the Global South both state and market have failed to provide low-income city dwellers with decent housing and basic services. It is increasingly important that we understand and get to grips with these issues as we now live in a world in which more people live in urban than rural areas.

What are the biggest challenges in development studies?

There seems to be a growing consensus that inequality is one of the biggest challenges we face at the moment. For a long time, development studies focused on economic growth and economic development, before shifting to thinking about poverty and poverty reduction. Now, the focus is increasingly not just poverty but the relationship between poverty and wealth – in other words, inequality. I think this is a welcome development and certainly when you’re thinking about urban research – you can learn a lot about inequality from studying cities because concentrations of poverty and wealth exist in very close proximity.

How does your research address global inequalities?

It’s generally accepted that cities are becoming more and more unequal. You see this in both the Global South and the North. My research tries to show that poverty and wealth aren’t unrelated. Rather, there are certain processes that show how poverty and wealth are inherently linked to each another. When you look at people being displaced because their neighbourhoods are being demolished so that that land can be sold to investors – that’s a process where poverty and wealth are creating one another. In other words, processes of dispossession produce urban inequality. Dispossession meaning when force or violence is used to take a resource owned by low-income people to transfer it to the hands of higher-income people. Forced evictions, for example, are often about freeing up land for elite development projects, such as gated estates and luxury apartments. In addition to understanding the causes of urban inequality, my research also looks at how citydwellers take collective action in order to challenge inequality and marginalisation – I’m particularly interested in looking at social movements through this lens, and how people claim “the right to the city”, or the right to occupy urban space, control it and make decisions about it.

And you’ve studied such movements in both the Global South and North?

Yes. My research in Accra looked at how street traders were forming collective organisations in order to help them engage with the state and stop it from clearing them off the streets. I also looked at how squatters – people living in squatted informal settlements – were organising in order to stop their homes from being demolished. And I’ve recently been working with housing campaigners in East London to examine how changes to welfare and housing policies since the 2008 financial crisis have led to homeless households increasingly being sent out of London – and how people are starting to organise in order to resist that process.

These are global development issues that cut across the North-South divide. Going from Accra to East London, you can see that there are similarities in the tension between the interests of the investors on the one hand, and the interests of low income citydwellers on the other hand. So it can be useful to think comparatively between cities in the Global South and North, but obviously they are very different contexts so you need to be aware and sensitive to the fact that the dynamics do not work in exactly the same way.

How does your life as a citydweller influence your research on cities?

Poverty and inequality are really tangible in cities. You can walk around and see it for yourself. Walking around Manchester, you can look up and see cranes building blocks of luxury apartments, but look down and you see homeless people sleeping in tents. If you live and work in a city and you’re researching cities, there’s a feedback loop between your own lived experience and what you’re studying. The ideas help you to make sense of your own environment and your own experiences as a citydweller help develop your ideas as well.

What was your PhD research on?

I studied how Accra, the capital of Ghana, is changing as a city and how that affects the people that live there. Many cities, including Accra, are increasingly trying to “modernise” in an effort to compete with each other to attract speculative investment. My research explored how the state in Accra is trying to achieve this through a range of strategies, including privatising communal land for elite development projects, clearing street traders off the streets and demolishing squatter settlements. I lived with activists who were campaigning against the privatisation of communal land in Accra, and worked with organisations of squatters and street traders in order to understand how they were contesting these processes.

You’re travelling back to Accra for fieldwork – what will you be working on?

What I’m going to look at next is to what extent the state has been successful in attracting that investment into real estate, and how that investment is changing the city, and specifically affecting land use and housing affordability. Accra has a large housing shortage and so an important question is whether growing foreign investment can play a role in producing housing that is affordable to low-income residents. It will be fascinating to see how the city has changed since my doctoral research and what these changes mean for the people who live in the city.

What has your first impression of GDI been like?

There’s a very dynamic research environment here. We have academics who are world-leading experts in their fields and there are a lot of research activities and opportunities to talk about development with these experts, which makes for a fertile environment for developing your own research ideas. So I already know that GDI is going to be a great place for my own intellectual development. I’ve also led the Poverty and Development module and have been impressed by the quality of our students.

So what advice would you give to students thinking about studying at GDI?

Do something you’re really interested in. This sounds so obvious, but your topic is something you’re going to be researching for a long time – at the PhD level, for years of your life. It needs to be something that you’re passionate about.

And lastly, what do you in the city in your free time?

I’m really into music. I’ve DJ’d and organised electronic music events for about ten years now. I’m currently part of a project to set up a collectively owned and democratically managed music venue in Manchester called Partisan. This space will also provide much-needed free meeting space for social justice and community groups in the city.