Surviving a pandemic without a toilet 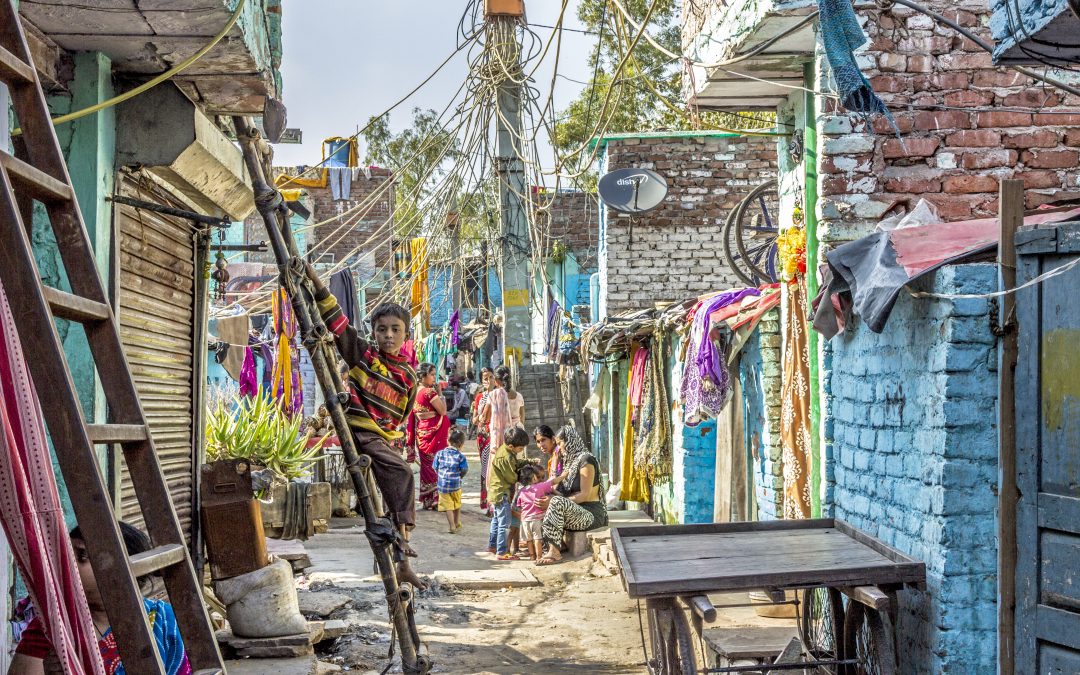 Across the globe, we are collectively living a traumatic experience in the form of the coronavirus pandemic. In the global North there have been drastic changes to everyday life, rendering it almost unrecognisable. Some of the major changes have been social distancing and isolation, which whether experienced alone or in the company of others can be very challenging. Isolating ultimately keeps us and those we love safe, but for those living in informal settlements in the global South, it could even be seen as a privilege.

Consider for a moment the high densities which characterise informal settlements: a resident of Mumbai’s largest informal settlement has described how lanes are so narrow that it is impossible to walk on the street without making contact with someone. What would life be like in a pandemic if social distancing was an impossibility? If you could not protect yourself or those around you?

Despite concerted efforts by the Indian government and other actors to increase sanitation access, the pace of urbanisation has outstripped that of infrastructural provision, and going to the toilet is a daily source of multiple risks and stressors for millions of people residing informally. As a woman, my mind particularly lingers here on the women who are pregnant or who have recently given birth, and who’s sanitation needs will increase and change. For example, needing to urinate more frequently is a common symptom during pregnancy, and using the toilet can be a very painful experience after giving birth. For these women, waiting in long queues for a communal toilet risks her own and her children’s health by exposure to Covid-19 and other diseases, and often it is only to use a toilet which is unlikely to support her needs and with a queue of people waiting outside the door. Going outside presents a whole other range of risks: from sanitation-facilitated violence against women, to the threat of snakes and other animals.

When you combine the high densities of people with poor access to sanitation it becomes evident how vulnerable those in informal settlements are to Covid-19. Not only is this a serious hazard to physical health, but the burdens placed on people’s mental health while trying negotiate already extreme living conditions in a pandemic are inconceivable.

Whilst the sanitation situation in informal settlements may stretch the limits of our imagination, for some readers in the global North left unemployed or with financial difficulties due to the global crisis, the plight of many labourers in India’s informal settlements may be more relatable. Many labourers who live in informal settlements are migrant workers who are not only cut off from their families but have also lost their income. In Delhi, several hundred migrant workers were found living on the banks of the Yamuna river, which resembles a sewer in that area, and many hadn’t washed or eaten in several days.

Reflecting on the suffering of others in no way detracts from our circumstances, but it does help to reframe some of the challenges we are facing. It also gives us food for thought for life post-coronavirus: will we allow life to return to ‘normal’ with our new knowledge on how vulnerable ‘normal’ life can leave some?