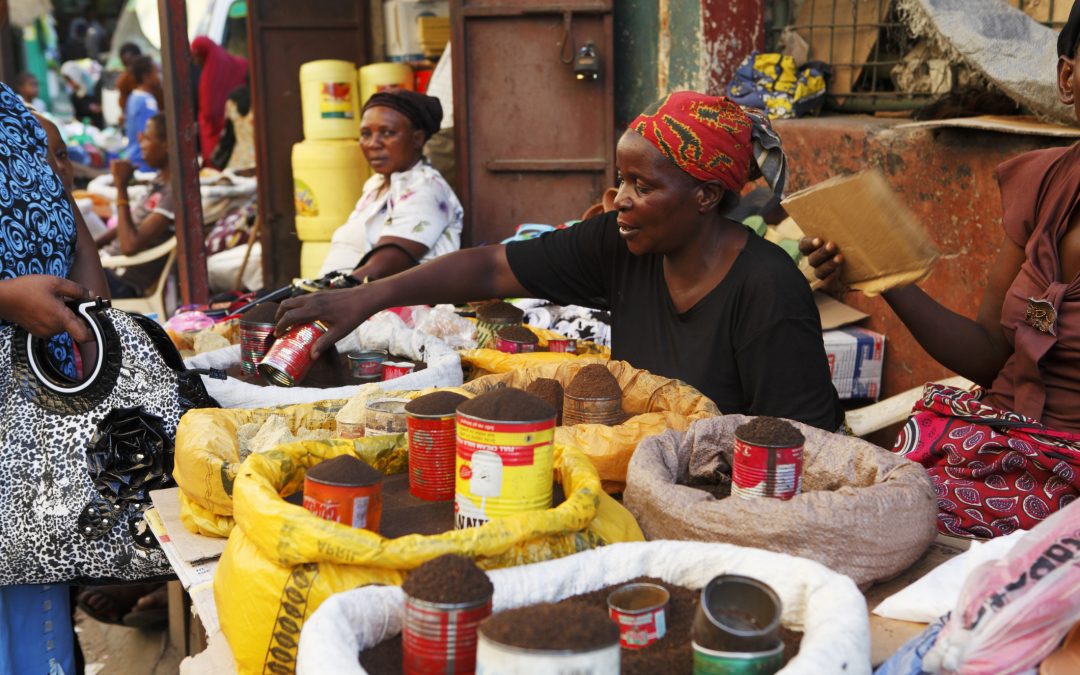 In the early days of digital technologies, it was found that they often failed to cut out the middleman due to the “digital divide” where digital skills, infrastructure quality and cost limited the use of technologies in smaller firms. But as firms have adopted technologies and with appropriate applications these foundational claims for digital development are important to revisit. 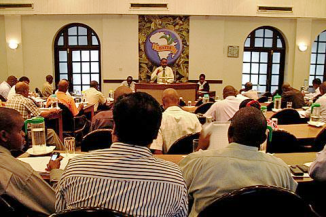 Tea is an important export in East Africa and twice a week sellers come together in the Mombasa tea auction to trade tea with international buyers. The tea auction emerged during the colonial era, and with its antiquated traditions, slow speed, and accusations of corruption, there have been demands to move online.

An online auction would speed up the processes of trading by cutting out the middlemen in tea value chains (see below) and allowing tea producers to sell more directly to international buyers.

The auction seems a good fit for digital disintermediation in terms of economic models of transactions [2]. Trade is predictable with a limited number of traders and a strong sectoral governing body. With falling costs of online access in the region, a digital auction seemed viable, particularly as competitor regions such as Sri Lanka and India are already in the process of digitalising their auctions.

Challenges faced in the tea sector

While on paper the case seems promising, change has not taken place as expected. An “e-auction” trial was abandoned and over the past decade, digitalisation has been slow and frequently resisted.

In discussion with key stakeholders involved in the auction, we identified three challenges:

A key finding related to these challenges was that international firms, dissatisfied with the slow pace of change, began to sidestep the auction by becoming involved in “direct sales” with selected producers, supported by digital technologies.

The future for tea trade in East Africa is fragmentation which may be detrimental to smaller tea producers. Smaller tea producers were not connected enough to become part of “direct sales” with international firms. With the auction only slowly digitalising, it is falling behind as the centre of trading.

For the analysis of digital disintermediation, the case highlights the need for careful consideration of transactions: the nature of transactions, the role of institutions and potential externalities(such of adaptation of middlemen) [3]. These are factors that implementers might consider to better support small producers’ development outcomes from digitalisation – what are the institutional bodies that need to buy in? Which stakeholders should be considered? etc.

More than this though, a greater awareness of the way actors use their power as change occurs is crucial. Such an approach is very different from the abstract, economic approach normally used to explore digital disintermediation [4]. From this perspective a very different view of development emerges. In the Mombasa auction case, it has not been transformed. Through the challenges and strategic activities of more powerful actors, digital transactions are solidifying the relationships of those who are already well linked, and able to capture resources.

This post summarises a recent book chapter: ‘Making Sense of Digital Disintermediation and Development: The Case of the Mombasa Tea Auction’ by Chris Foster, Mark Graham and Timothy Mwolo Waema. The chapter is part of the new MIT Press book ‘Digital Economies at Global Margins’. The book is available as an open-access PDF from the IDRC website

This blog originally appeared on the ICT4D blog.

[1] A good example is the World Development Report (2016) on ‘Digital Dividends’, but many other projects often uncritically assume similar concepts.

[2] In economics, disintermediation is often associated with transaction costs, and an analysis of how digital technologies change aspects of transactions costs: information costs (gathering information about transactions) and coordination cost (co-ordinating the exchange of goods) (e.g. Wigand 1997).