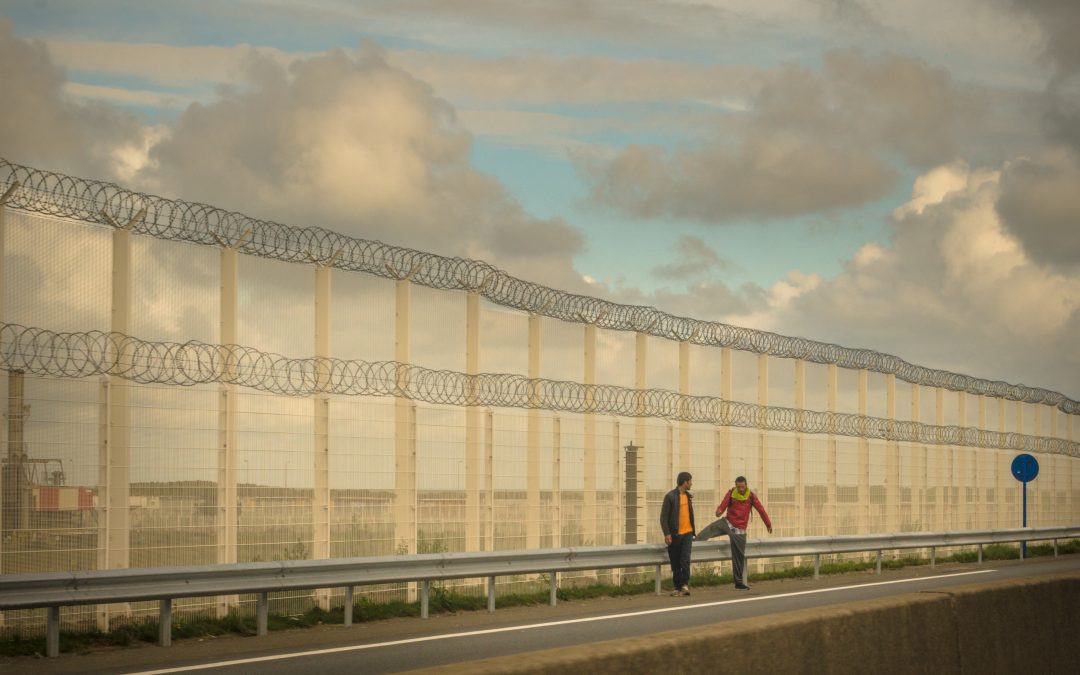 Borders are pervasive spatial, political and social features in contemporary society. Materially and symbolically manifest, borders are shaped by history, politics and power. They take various forms, have multiple functions and are ceaselessly changing. Through a wide array of material, digital and virtual technologies borders divide, exclude, contain, categorise, control, govern and protect people. For example, the presence or absence of documents such as passports, permits and identity cards control the movement of people across borders as do security and surveillance technologies like gamma ray scanners that can reveal undocumented bodies hiding in trucks that are attempting to cross borders. Such technologies are a material manifestation of bureaucratic systems that are mobilised to assign identities to people and ascertain their associated rights as citizens or non-citizens.

Bordering processes and practices also produce and maintain communities but at the same time distinguish between those who belong and those considered strangers. Borders and bordering technologies are not always rendered visible. Indeed, biometric identify cards, for example, create borders that are delocalised and dispersed, potentially everywhere. Bordering technologies are exclusionary and affective mechanisms that are perceived and conceived by people in different ways for instance through the separation and othering of gendered, racialised, colonised and indigenous bodies. While some borders have become more permeable for finance, goods and information, the notion of a ‘borderless world’ contradicts how most people live within clearly defined borders. Yet, borders have frequently been actively contested and negotiated. Indeed, bordering technologies have promoted and prompted various strategies of evasion, resistance and solidarity, from the forging of documents and the transgressing of borders, to the rejection of borders through acts of political refusal and sovereignty. Importantly, borders have also been used and incorporated into people’s lives and livelihoods, providing opportunities, progressive spaces and new ways of being.

In this inter-disciplinary, international conference, we invite papers from academics, activists and practitioners that explore these issues and focus on the experiences of diaspora, migrants, refugees, citizens and stateless populations across different spatial contexts and historical periods. Themes could include but are not limited to:

Please submit abstracts of 250 words to uma.kothari@manchester.ac.uk and elise.klein@unimelb.edu.au  by 1 April 2019.

The conference is funded through the Manchester-Melbourne Strategic Partnership and is free to attend, but registration is essential