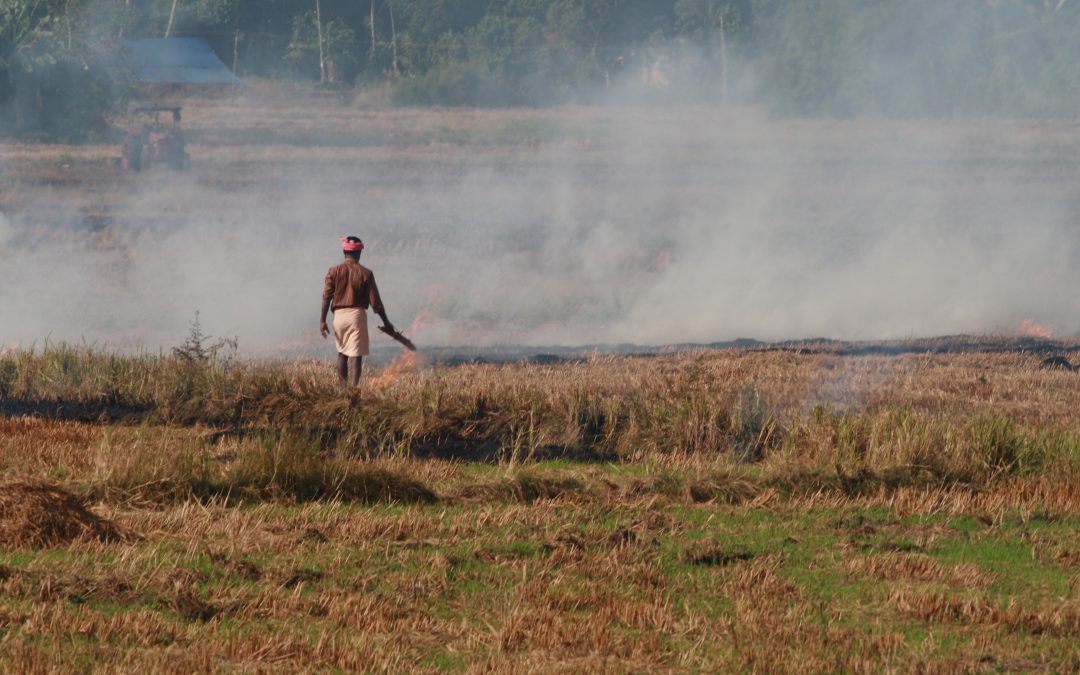 A recent workshop at The University of Manchester brought together participants with expertise in Ethiopia, Ghana, Kenya, Mozambique and Tanzania to discuss recent efforts to promote green revolutions and the impacts these are having on agrarian transformation, industrialisation and patterns of inequality. Discussions highlighted the centrality of political economy to understanding processes of agrarian transformation, as well as the importance of broadening our analytical focus beyond agricultural productivity to the production linkages between agriculture, the rural non-farm economy and industry. A panel on Unequal legacies? The politics of the Green Revolution and South-South technology transfers in Africa at the Development Studies Association conference in Manchester from 27-29 June will pick up on some of these themes and many more.

The rationale of the earlier green revolution in Asia was never just about agriculture. While agricultural productivity increases in staple food crops—principally rice, wheat and maize—are vital, the claimed benefits of the green revolution in terms of poverty reduction, food security and economic growth relate largely to the economic linkages stimulated by agriculture, rather than from agricultural production itself. The poorest farmers tend to be net buyers of staple foods, to engage in agricultural wage labour or off-farm labour, and often have access to only small amounts of land. As such, the poorest farmers frequently are poorly placed to take advantage of green revolution technologies. Instead it is the non-poor who tend to benefit directly. Nonetheless, green revolution technologies have, according to proponents, great potential to address poverty and inequality through increased supplies of staple foods that suppress food prices—benefiting not only poor rural households, but also subsidising emerging industry—and by providing increased demand for consumption goods and services supplied locally by many of the poorest people in rural areas who are not in a position to take advantage of new agricultural technologies

While much of the existing literature focuses on the direct impacts of green revolution technologies or the activities of agro-giants in the seed and fertiliser supply chain, an important challenge to a ‘New Green Revolution in Africa’ concerns the ability to replicate the production linkages claimed for earlier incarnations. First, in a post-structural adjustment world, the assumptions of closed markets and domestic production linkages underpinning the stylised model of the Green Revolution are frequently invalid, calling the expected linkages between agriculture and industry into some doubt. Partly related to the previous point, common green revolution technologies—seeds, fertiliser and irrigation—are frequently now used to produce cash crops for export, linking producers into global and regional value chains, rather than staple crops for the domestic market. While cash crop production can be very lucrative, it involves a very different set of production linkages and a quite different political economy to that envisaged in earlier green revolutions. Finally, debates about premature de-industrialisation and the increasingly capital-intensive (and decreasingly labour-intensive) nature of industrial production raise serious questions about the possibility of structural transformation in developing countries and, particularly, the potential of industry to absorb surplus labour from the rural economy.

At the workshop in May, presentations of country experiences highlighted the very different trajectories taken by recent attempts to promote ‘green revolutions’. In Mozambique (ProSavana) and Tanzania (SAGCOT) there has been a particular (and hotly contested) focus on developing growth corridors with the collaboration of some of the usual green revolution actors (AGRA, USAID, WB), emerging donors (Brazil, India) and agribusinesses. Here the principal focus is on ‘modernising’ agricultural production and expanding export agriculture through large-scale production and the displacement or integration of small farmers as outgrowers. Similarly a key thrust of agricultural policy in Ghana focuses on consolidating agricultural production, promoting the ‘modernisation’ of the sector through expanding large-scale commercially oriented production. In each case, this raises serious questions about the potential for new production to create employment, to stimulate agro-processing industry and what to do with surplus labour.

In Ethiopia, the need to protect agricultural livelihoods and to create employment has been a central preoccupation of the government for decades. As such, a key policy focus has been to link agriculture—primarily smallholders, but also a range of larger agricultural investments—to industrial production. Despite certain industrial policy successes that have attracted a lot of attention, employment creation remains insufficient to absorb a rapidly growing population without access to agricultural livelihoods. Meanwhile, in Kenya, discussions focused on the potential of the decentralisation of responsibility for agricultural policy to devolved country administrations to overcome the ethno-political polarisation of agricultural policy—with particular ethnic groups associated with government support for specific crops—that has undermined agricultural development in the past.

These discussions raise a number of important, yet under-researched questions with central importance for the future of the agricultural sector and its role in growth, employment, poverty reduction and in/equality. Notably, what role can and should agriculture play in development strategies and what potential is there for economic linkages to other economic sectors in the contemporary globalised world? What should the role of states and markets be in promoting these processes of agrarian and structural transformation? What are the political economy drivers of these transformations and how are they shaped by producers, traders and business-state relations?