Understanding the Impacts of Covid-19 on Livelihoods in Bangladesh: Findings from the PPRC-BIGD Rapid Response Survey 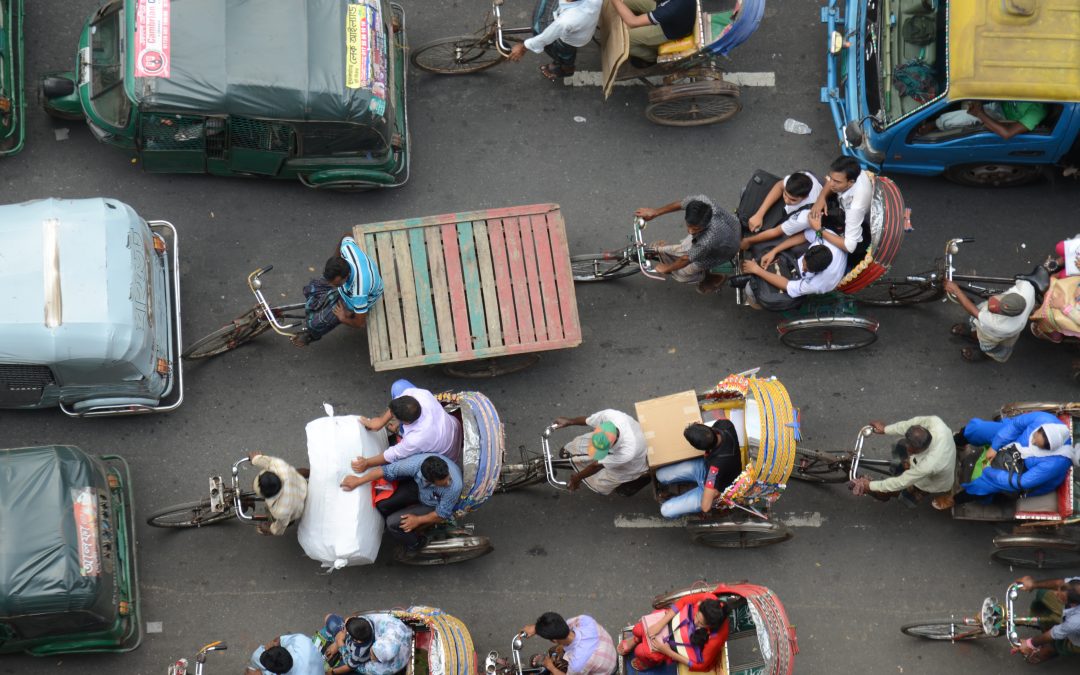 On 21 May we had the pleasure of attending a webinar and report launch hosted by our long-standing research partners in Bangladesh, the BRAC Institute of Governance and Development (BIGD) at BRAC University and the Power and Participation Research Centre (PPRC). As the scale of the Covid-19 challenge became apparent earlier this year, these two distinguished research centres came together to plan a longitudinal Rapid Response Survey into Livelihoods, Coping and Support Systems During Covid-19. While admirably rapid in response to the crisis – thereby feeding into Government and NGO practical responses on the ground – the speed in execution did not sacrifice anything in the way of research rigour and Dr Hossain Zillur Rahman of PPRC and Dr Imran Matin of BIGD presented findings from a survey conducted in early April, just after the Government launched a ‘holiday’ lock-down period. A follow-up survey will be conducted in June to see how things have changed.

Drawing upon nationally-representative sample frames from previous urban and rural household surveys (12,000 households), the team were able to interview by mobile 5,471 poor/near-poor households, spread relatively equally across urban slum (49%) and rural areas (51%). Alongside this geographic differentiation, differences in livelihoods crises, coping and support strategies are explored by gender and income status. Twelve percent of interviewed households are female-headed (closely matching the national average), and the survey breaks down respondents across four income categories: the extreme poor (those living below Bangladesh’s lower poverty line), the moderate poor (those living above Bangladesh’s lower, but below the upper poverty line), the vulnerable non-poor (those living above the poverty line but below Bangladesh’s median income) and the non-poor (those living above the median income). The survey reveals hugely important differences across these categories but also highlights how these poverty dynamics are shifting in the face of the Covid-19 crisis. As discussant Professor Siddiqur Osmani highlighted, these findings reveal clearly the magnitude of the livelihoods crisis that the Covid-19 health crisis has brought to Bangladesh.

Given our research interests in the livelihoods and coping strategies of the urban poor, some of the key findings around the relative impacts of the crisis on the urban poor are particularly illuminating. This does not mean that rural households have not experienced devastating livelihoods crises as well. But the findings here are clear: the urban poor – who are more reliant upon casual labouring, or even salaried work (e.g. garments) that at least initially ground to a halt amidst the Government-announced ‘holiday’ period – have faced the worst of the crisis financially, and have less resilience in coping strategies to help them adjust to and survive the unfolding crisis. The urban face of the crisis is clear across a range of indicators. A staggering 72% of urban households lost their main source of income in the early days of the crisis (in comparison with 54% of rural households). With one popular coping strategy – relying upon other household members to make up for lost income – also ruled out by the economic crisis, this devastated aggregate household incomes. Urban slum households experienced a 75% reduction in their incomes, relative to pre-Covid-19 income levels, and these reductions were particularly high among the extreme and moderate poor. As a result, urban households have also been harder hit by the food insecurity that accompanies lost income. Some 24% of previously 3 meals a day urban slum households are now consuming less than 3 meals a day, much higher than the drop experienced in rural households. The ‘urban’ effect on vulnerability also plays out in gender dynamics – in urban slums, female-headed households (FHH) experienced a greater reduction in food expenditure (31% versus 27% households) and in consuming less than three meals a day (34% versus 22% households) than male-headed households (MHH). This gender disparity is much less severe in rural areas (19% FHH versus 14% MHH households).

Alongside these differences in the depth and extent of the crisis facing urban slum households, the survey also reveals important differences in coping mechanisms across urban and rural areas. Again here, rural households display stronger resilience to these effects, at least in the short-term. This means they have a greater number of coping strategies that have lower likelihood of longer-term detrimental impacts on the household. We see this play out in the financial coping strategies available to households – rural households are able to rely upon their personal incomes and savings to a much greater extent than urban slum households, a greater proportion of whom, in contrast, have been forced to rely upon borrowing money.  (Banks’ research highlights the exorbitant rates of interest that often accompany loans from moneylenders to cope with short-term emergency costs). While 83% of rural households have been able to draw upon savings in the face of the Covid-19 income shock, for example, this drops to 67% in urban slum households. As a result only 35% of rural households have been forced to rely upon loans to survive these changes, in comparison with 52% of urban households. In his comments, Asif Saleh, Executive Director of BRAC, highlighted that in rural areas the long history of engagement with microfinance meant that many rural households had savings accounts that they have been able to draw upon, with BRAC releasing around BDT 100 crore (almost USD 12 million) in savings since the start of the crisis. In contrast, he highlighted, years of neglect of urban poverty in research, policy and practice (see our own Manchester research) has led to a much deeper and complex crisis for the urban poor, with more limited support mechanisms than in rural areas to help them cope. This figure was perhaps most starkly revealed in a statistic around the ‘staying power’ of households across the urban-rural divide. Some 38% of urban households reported they had reserves sufficient to feed their families for between only 0 to 3 days on their reduced incomes, in comparison with 19% of rural households. The economic crisis will remain much longer than this period.

Survey findings also revealed an additional crisis, that of the large group of ‘new poor’ households: those who were previously classified as ‘vulnerable non-poor’, for whom the economic crisis has pushed them below the poverty line. In urban areas 87% of previously vulnerable non-poor households were pushed below the poverty line. At 73%, this figure was slightly lower but still hugely significant in rural areas. This has serious implications on social protection for the poor, which must no longer rely upon existing systems, but must also work out how to reach the ‘new poor’ households (an additional 25% to existing poor households in urban areas and 22% in rural).

While the Report’s findings make for stark and painful reading, this collaborative PPRC-BIGD effort represents truly best-practice in rapidly creating and disseminating policy-relevant research. The speed and the scale of the research, the rapid dissemination of findings (headline findings were first presented 5 days after survey completion, so that it could be immediately useful to government and NGOs dealing with the crisis as it evolved).  Its longitudinal nature will be critical to developing and adapting an effective policy response across a range of stakeholders. Understanding the impacts (and their distribution across households) is crucial here, alongside working to further bolster the household coping strategies that already seek to mitigate the health and livelihoods impact of the Covid-19 crisis in Bangladesh. The urban crisis and the identification of the ‘new poor’ revealed by the study have already been influential, with the Bangladesh Government announcing a further BDT 1250 crore in cash support for urban households. With at least half the Bangladeshi population expected to require some level of support/social protection from the Government – over a sustained period of time – this may mark only the beginning, and data like this provides critical insight into designing short- and long-term national recovery plans.

This research is only one project from an ambitious Rapid Research Response portfolio that BIGD has launched in response to the Covid-19 crisis. These research activities prioritise the interests, needs and rights of Bangladesh’s poor and vulnerable people, and permit BRAC University to provide, timely, credible and useful insights to policy-makers and practitioners on how to control the pandemic effectively while minimising its socioeconomic impact. By securing £28,741 of University of Manchester funding, Dr Nicola Banks and Global Development Institute are proud to work with BRAC University in supporting three research projects: i) behavioural change research on how communities are dealing with Covid-19 and how best to help communities support the national fight against the crisis ii) community case studies to understand changing community dynamics, social relationships and power in the face of the crisis, and iii) research on the resilience of female online entrepreneurs against the Covid-19 induced economic slow-down. We look forward to sharing the findings of these BIGD/GDI rapid research initiatives in the very near future.