What creates a pro-poor politics and the possibility of participatory planning? 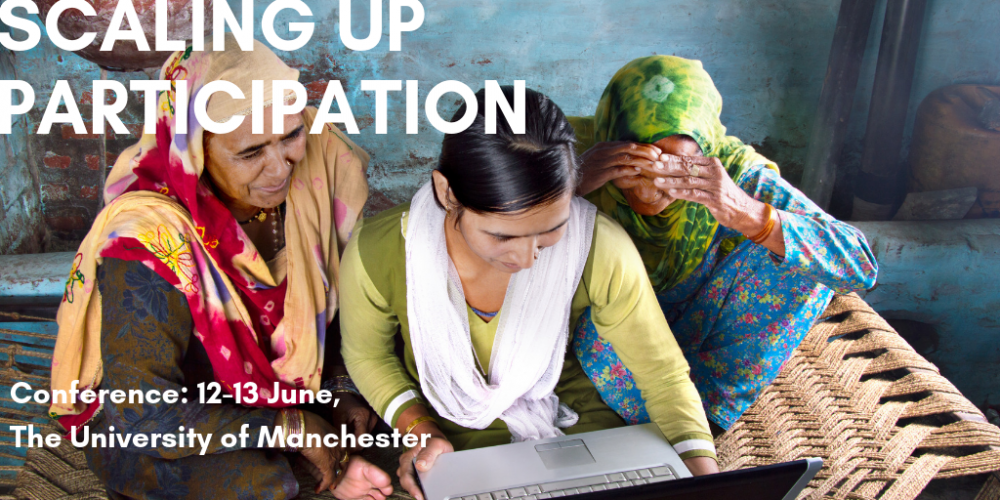 The romance of the barricades features in Les Misérables, but it also figures heavily in academic texts. Many academics, professionals and political activists think contentious politics is the solution to injustice and structural disadvantage. They consider that it is the very willingness to protest publicly, to claim rights and entitlements through assertion rather than persuasion, that advances social justice, poverty reduction and progressive development. As George Bernard Shaw claimed: ‘all progress depends on the unreasonable man’

But experience of working with women activists in informal settlements suggests that this is overly simplistic and ignores the complexity of resistance strategies. Quiet resistance has long been recognised in the academic literature. However, it has been primarily seen as an individual action; with relatively little attention given by academics to actions that aggregate through replication into something that is deliberately subversive and potentially forceful. Collaboration with the state has long been recognised; but it is frequently critiqued by academics with allegations of co-option.

Academics have been less willing to acknowledge the ways in which movements use all three strategies – encroachment/subversion, collaboration and contestation – to change relations with the state and advance their interests. For example, contestation may result in openings, with subsequent negotiations being required if the needs and interests of movement members are to be advanced. Understanding movement strategies requires us to acknowledge their tactical use of multiple strategies, rather than to rarefy one such strategy, that of contentious politics. A recent paper in Environment and Urbanization highlights an alternative way of understanding such strategies.

Scaling up participatory planning has involved examples of all three strategies being used effectively across the three cities that are the focus on this research (Bulawayo, Johannesburg and Nairobi). That is already evident from our work with civil society and academics in the three cities.

What is the strength of contentious politics approaches: back to the barricades?

The strength of contentious politics has been shown by recent actions in Nairobi, as communities have organised to fight forced evictions in Kibera.  Following government action to evict families in August 2018, Muungano wa Wanavijiji mobilised thousands of activists across the city. The activists came together to organise an impromptu demonstration on 8 August, both for a public protest and to deliver a petition for the Cabinet Executive Secretary responsible for Roads, Infrastructure and Housing, as well as the county government. The scale of citizen protest opened the doors to the ministry and persuaded the Secretary to make the commitment: ‘We will work with you to resettle people living in dangerous places’. And the following day, after meeting again with Muungano, the Secretary committed himself to deliver the petition in person to the governor of Nairobi County.

Building on many years of protest against some of the most difficult housing conditions, the movement has become well practised in blending contention with collaboration. For the Muungano Alliance (Muungano wa Wanavijiji and its professional partners, the Akiba Mashinani Trust and SDI Kenya), it is the ability to shift between contestation and negotiation vis-à-vis the state which determines the creation of a transformative politics with material improvements in informal settlements.

What is the strength of more subversive approaches: invention driven by necessity?

While mobilisation in response to eviction threats continues to be a reality for informal settlement residents, brutal state actions against informality persist. Residents in Zimbabwe have faced some of the most difficult conditions. While it is now 14 years since Operation Murambatsvina caused 700,000 people to lose homes, livelihoods or both, violence against both informal traders and informal residents continues. Faced by the lack of investment by the Zimbabwean state, and considerable neglect in many urban areas, households have been forced to address their own needs. The efforts made in Bulawayo to secure development in the face of an impoverished local government are evident. The academic literature on ‘encroachment’ captures the ways in which individuals negotiate street space for trading.

However, organised by the Zimbabwe Homeless People’s Federation, these encroachment strategies also help to challenge the status quo and subvert norms of exclusion and disadvantage. For example, households in Bulawayo, use land adjacent to their settlement to grow grains and vegetables, demonstrating how flood plans can be used. While regulations seek to prevent such activities, their evident ability to support households in need helps them to claim legitimacy, if and when such actions become visible. The Federation have been supporting households to negotiate for tenure in Iminyela, a formal low-income neighbourhood in which households have been living with shared toilets for more than four decades. Non-payment of rent helped to create a situation in which the city government was willing to negotiate leasehold arrangements, providing that the community took the initiative in improved sanitation provision.

What is the strength of collaboration approaches: the grinding slow process of progress?

Slovo Park, a settlement in Johannesburg, offers an example of how a willingness to contesthas been combined with collaboration to define new opportunities. After 20 years of campaigning against the City of Johannesburg to have their right to upgrading – and the provision of housing and services – recognised, progress is now evident. The community leaders have had to consistently push for their rights to be realised, even when the Courts accepted the legitimacy of their claims. In February 2018, the electrification of the settlement began. This was key to enabling the participatory upgrading of the settlement. And as important as the political openings has been the development of new skills and capabilities. Activists need to be able to engage effective with local government (and sometimes other state agencies) if they are to manage a community-led development process and not have private developer firms take over the project. They need to build alliances to deepen and broaden their ability to ensure that the process remains community led.

Muungano wa Wanavijiji (working as the Muungano Alliance with the Akiba Mashinani Trust and SDI Kenya) have been through a similar collaborative and alliance-building process to advance the planning process for Mukuru informal neighbourhoods. Beginning in August 2017, the Special Planning Area is now nearing completion. This has been an intense period of activity led jointly by Nairobi County and the Muungano Alliance, and involving eight different consortia and 42 consortia partners. The complexity of partnership building, learning about how to provide specific services, and multiple engagement with state agencies, is already evident.

Why has the academy been reluctant to acknowledge complexity?

Given these and a multitude of other experiences that are similar, we have to ask why academics have rarefied contentious politics. The ability to contest and claim is important, but social movements have a far more complex repertoire of actions at their fingertips. Not only are their strategies more diverse than is often recognised, they are also complex. Strategies are deployed iteratively to advance the needs and interests of the members of urban social movements. Activists recognise that different strategies need to be applied in different situations, and that approaches need to change as the state to drawn to the negotiating table.